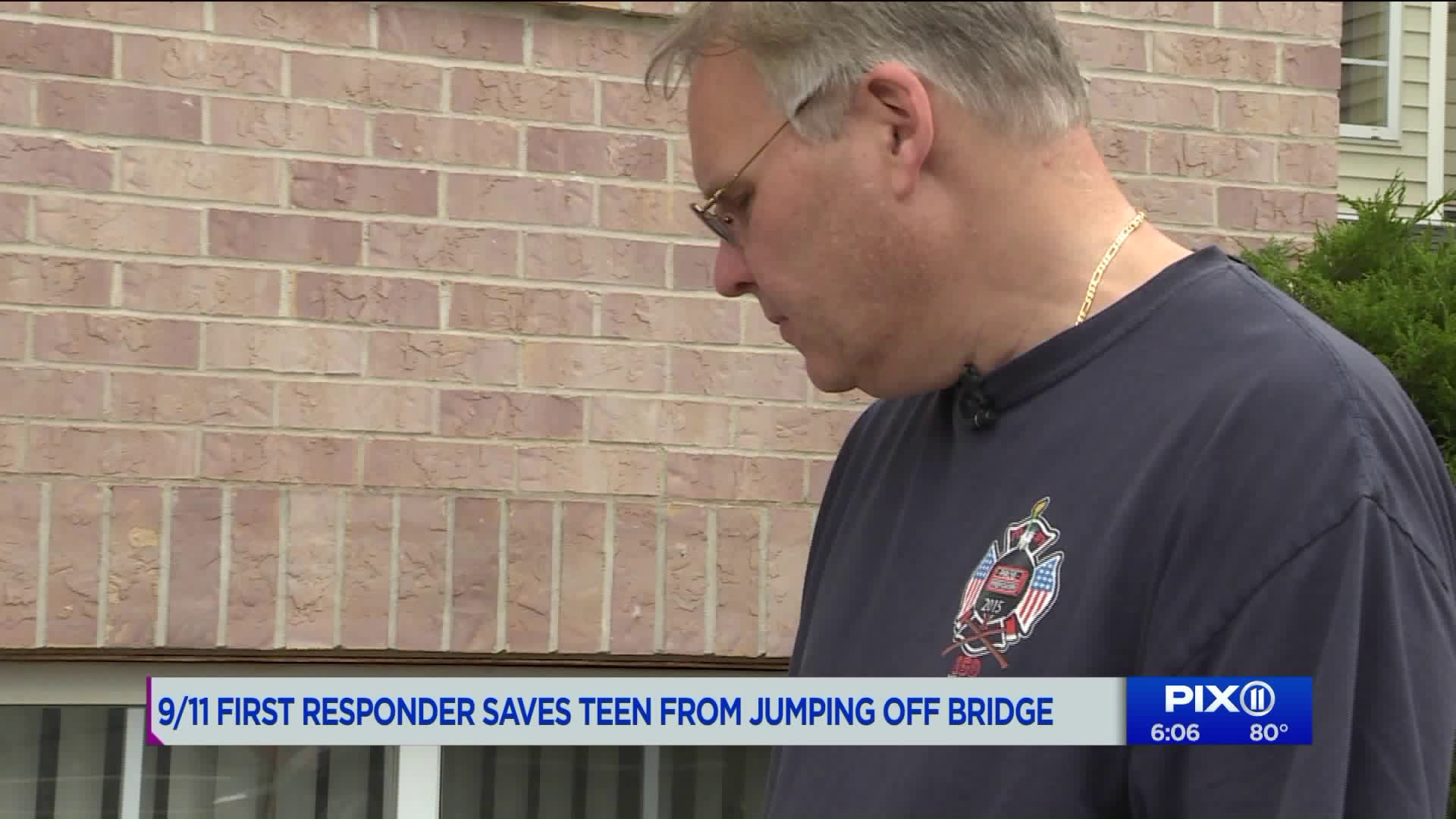 A 9/11 first responder was a hero once again.

RICHMOND VALLEY, Staten Island — Retired FDNY paramedic Gary Smiley was on his way home to New Jersey from Staten Island Tuesday afternoon when he saw a situation unraveling along the Outerbridge Crossing he just couldn’t ignore.

“I knew exactly what he was doing, I mean, there is no other reason for you to stop in the middle of the bridge,” he explained.

What he saw was a young man who got out of his car and proceeded to climb over a railing in an attempt to jump off the bridge. Smiley pulled over and jumped into action.

“I screamed probably ‘what the F are you doing’ and I think I startled him and he put his foot back down.”

The man, identified as a 19-year-old Tottenvile resident, had an apparent moment of clarity in those few seconds, putting his trust in a complete stranger.

“He then jumped at me and I grabbed him and I just held onto him and he just started crying,” Smiley recalled.

What the young man didn’t know was that Smiley himself was going through his own trauma, having lost his mother just days earlier. The retired paramedic also carries the strain of being trapped underneath the rubble on 9/11, an experience never far from his mind - sharing it with the teen.

“I said 17 1/2 years ago on 9/11, I shouldn’t have walked out that day but I did,” he said. “Everybody goes through something in life that’s tough and it becomes difficult and it’s going to be okay and he just held me and just cried.”

Smiley who still gives back as a World Trade Center and retiree’s liaison with the FDNY Union says he believes it was his late mother who put him on that bridge Tuesday afternoon.

Smiley says he plans to keep in touch with the young man who is currently undergoing a psychological evaluation at Richmond University Medical Center.