2 men sought in gunpoint robberies in the Bronx: police 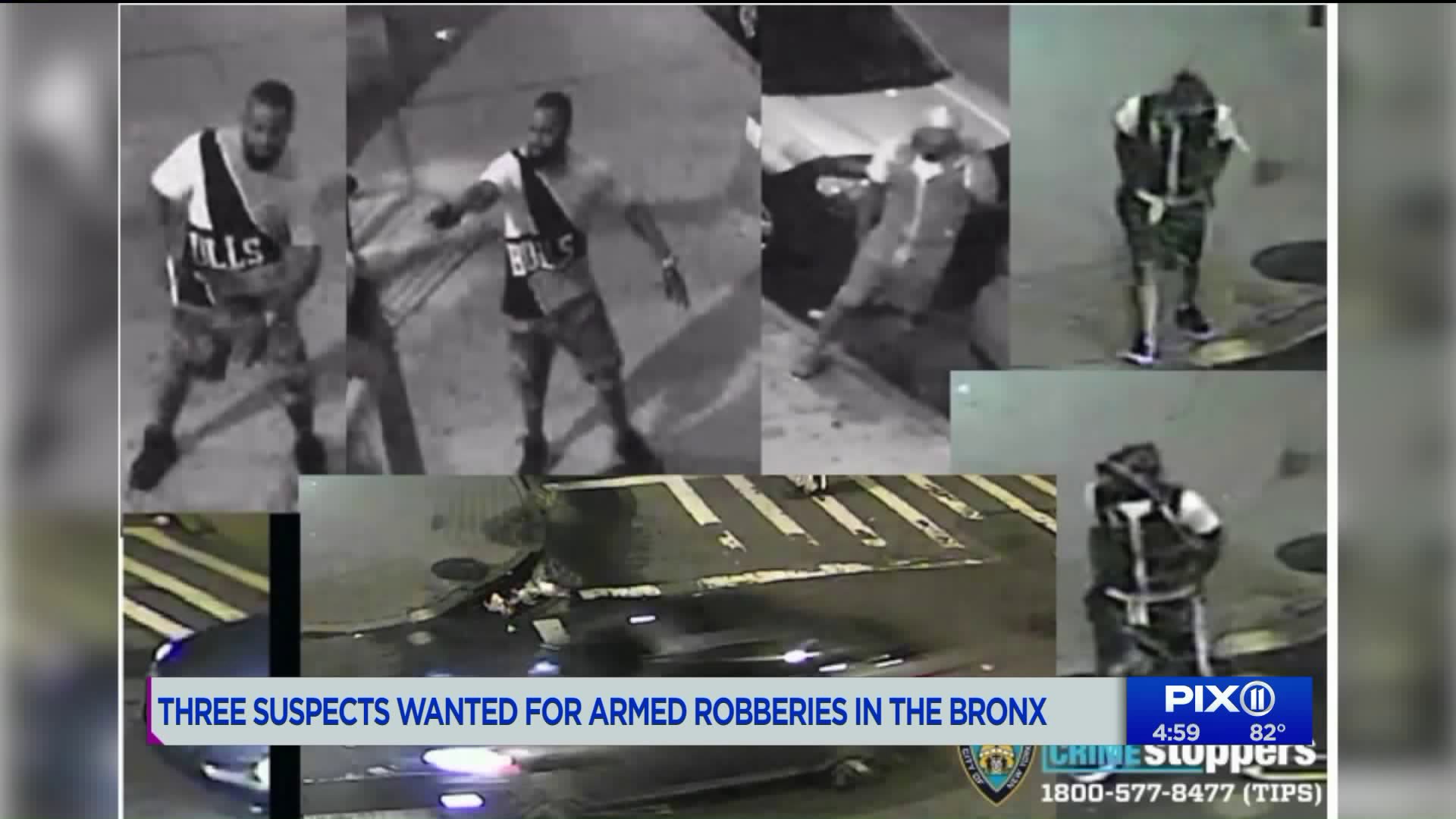 Police are looking for two men wanted in connection to a string of robberies in the Bronx, police said Thursday.

BELMONT, the Bronx — Police are looking for two men wanted in connection to a string of robberies in the Bronx, police said Thursday.

The alleged thieves robbed two groups in the Belmont and Claremont areas in the Bronx within 30 minutes of each other last Sunday.

The first incident took place around 4 a.m. near the corner of 187 Street and Prospect Avenue, where the unidentified males approached a 27-year-old male and a 24-year-old female and held them at gunpoint, demanding their property. The victims complied and the males fled with an iPhone and a neckless, according to authorities.

Thirty minutes later, same men allegedly held three male victims at gunpoint near East 174 Street and Selwyn Avenue. They got away with two cellphones and a wallet containing $180, according to police.

In both incidents, the alleged attackers fled in a gray vehicle driven by another person.

Police have released surveillance footage of individuals being sought and ask for the public's help with identifying them.  They are described as: