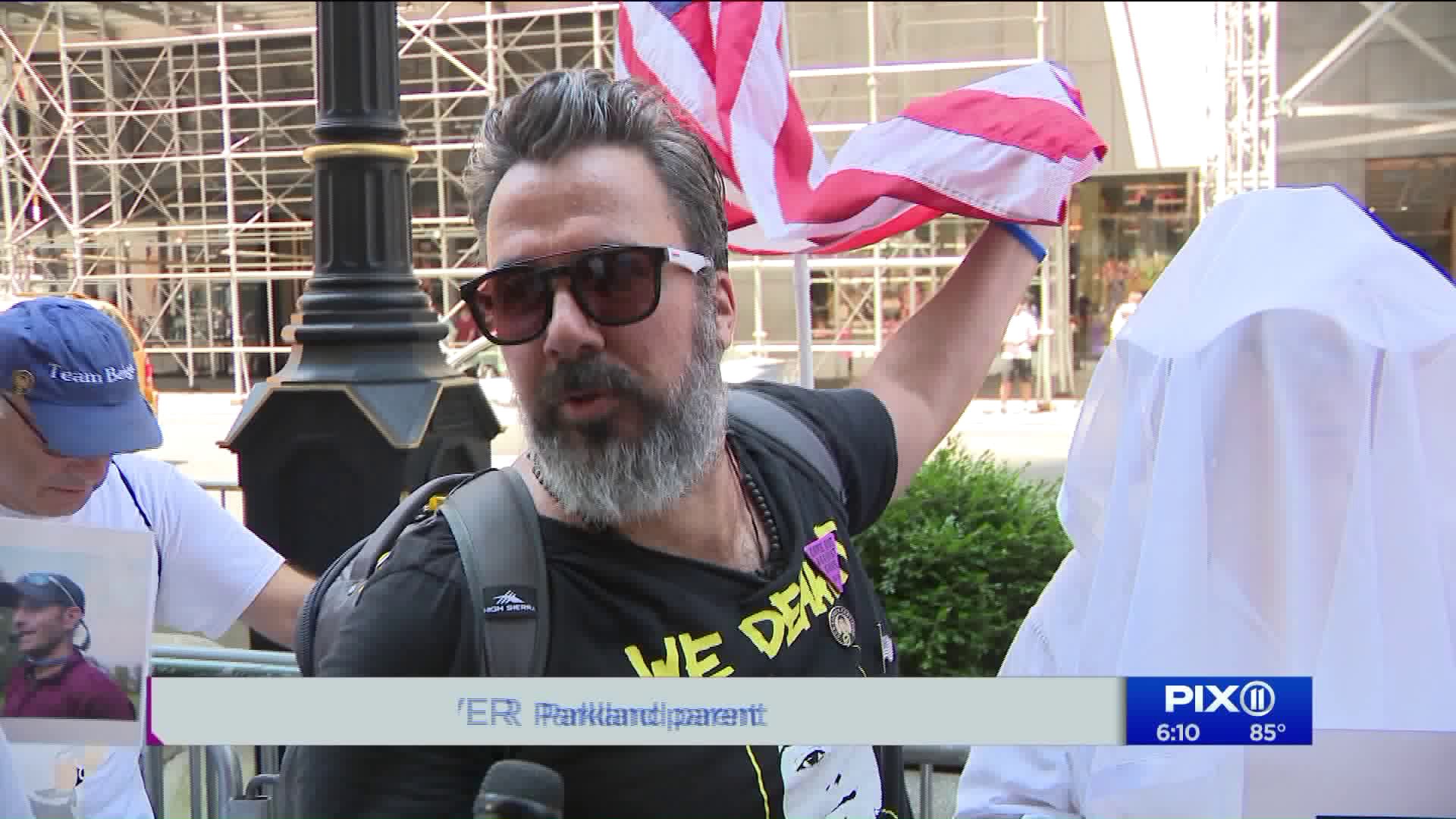 Thousands of tiny flags at half staff were handed out near Trump Tower by parents of victims of the Parkland massacre this Independence Day.

NEW YORK — Thousands of tiny flags at half staff were handed out near Trump Tower by parents of victims of the Parkland massacre this Independence Day.

The Parkland parent led protest actually begin at Strawberry Fields, feet from one of New York’s most notorious acts of gun violence— the killing of John Lennon almost 40 years ago.

Manuel Oliver, who’s son Joaquin was killed on February 14th of last year, held a large American flag at half staff with gun violence statistics written on it near the “Imagine” mosaic.

Linda Beigel-Schulman, mother of Scott Beigel, a teacher who lost his life at Parkland, was also there.

They, and activists, began to march a little more than a mile to Trump Tower— arriving about 20 minutes at the home of President Trump.

Oliver then placed his flag in a planter directly across from the building.

“Hopefully, you do not have to be in our situation to know what’s going on,” Oliver yelled toward Trump Tower. “We lost our kids, and nothing has been done yet.”