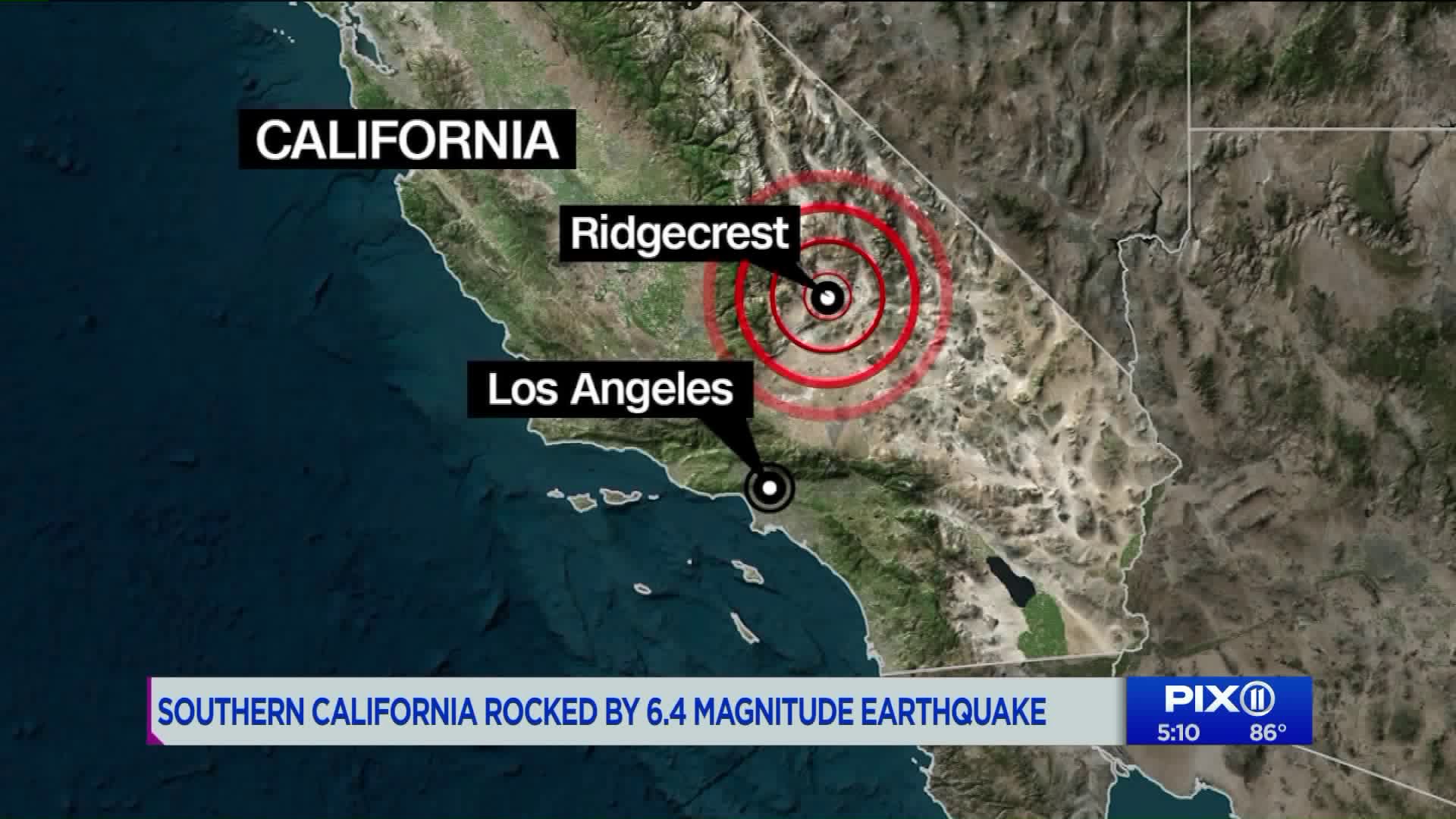 The earthquake, which preliminary reports recorded as 6.6 magnitude temblor, was felt as far south as Los Angeles.

Operations at Los Angeles International Airport remain normal after no damage was reported to the airfield, the airport tweeted.

All LAX runways have been inspected with no reported damage to the airfield or the Sepulveda tunnel. Operations remain normal. #earthquake

There were more than a dozen small earthquakes recorded by USGS in the area of the Grapevine on Monday as well.

Thursday’s earthquake was the largest to hit Southern California in nearly 20 years, when a magnitude 7.1 quake struck the Hector Mine area, nearly 50 miles east-southeast of Barstow, in October 1999, according to PIX11 sister station KTLA.

And it was the second largest in the region since the catastrophic 6.6 Northridge quake devastated the region in 1994, killing dozens of people and causing billions of dollars in damages, says KTLA.

There are no immediate reports of damage from Thursday's quakes.