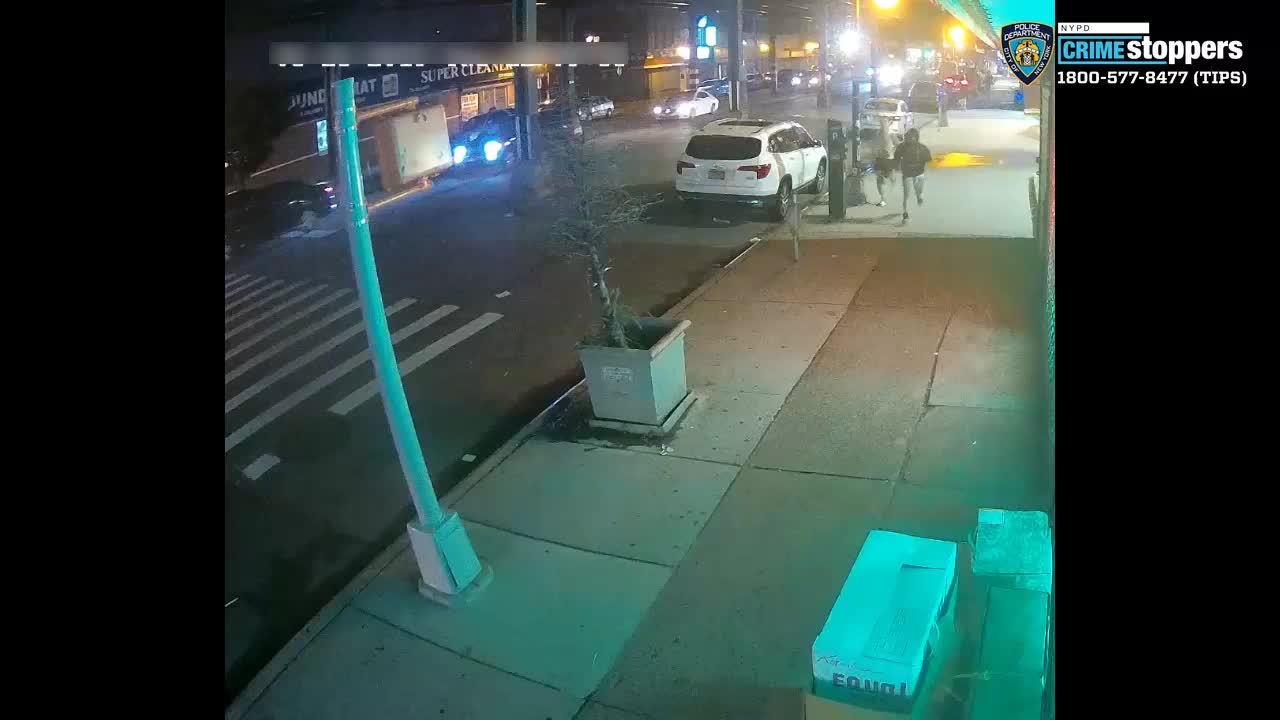 Raw surveillance footage of two men wanted for allegedly attacking and robbing to men in the Bronx on June 25.

UNIONPORT, Bronx — Police say they're lookin for two men who allegedly attacked and robbed two other men in the Bronx.

Photo of two men wanted for allegedly punching and robbing two other men in the Bronx. (NYPD)

The victims were approached by the two unidentified individuals near the corner of Westchester Avenue and Castle Hill Avenue, just after 10 p.m. on June 25, according to the NYPD.

The two men then allegedly punched both the victims before stealing $600 in cash from one of the victims' pocket before fleeing the scene, police said.

Both victims were transported to NYC Health + Hospitals/Jacobi, where one was treated for lacerations to the back of his head and the other was treated for contusions on his head, according to police.

Authorities have released the above surveillance footage of the two alleged attackers and are asking for the public's help identifying them. Police describe the two men wanted as: