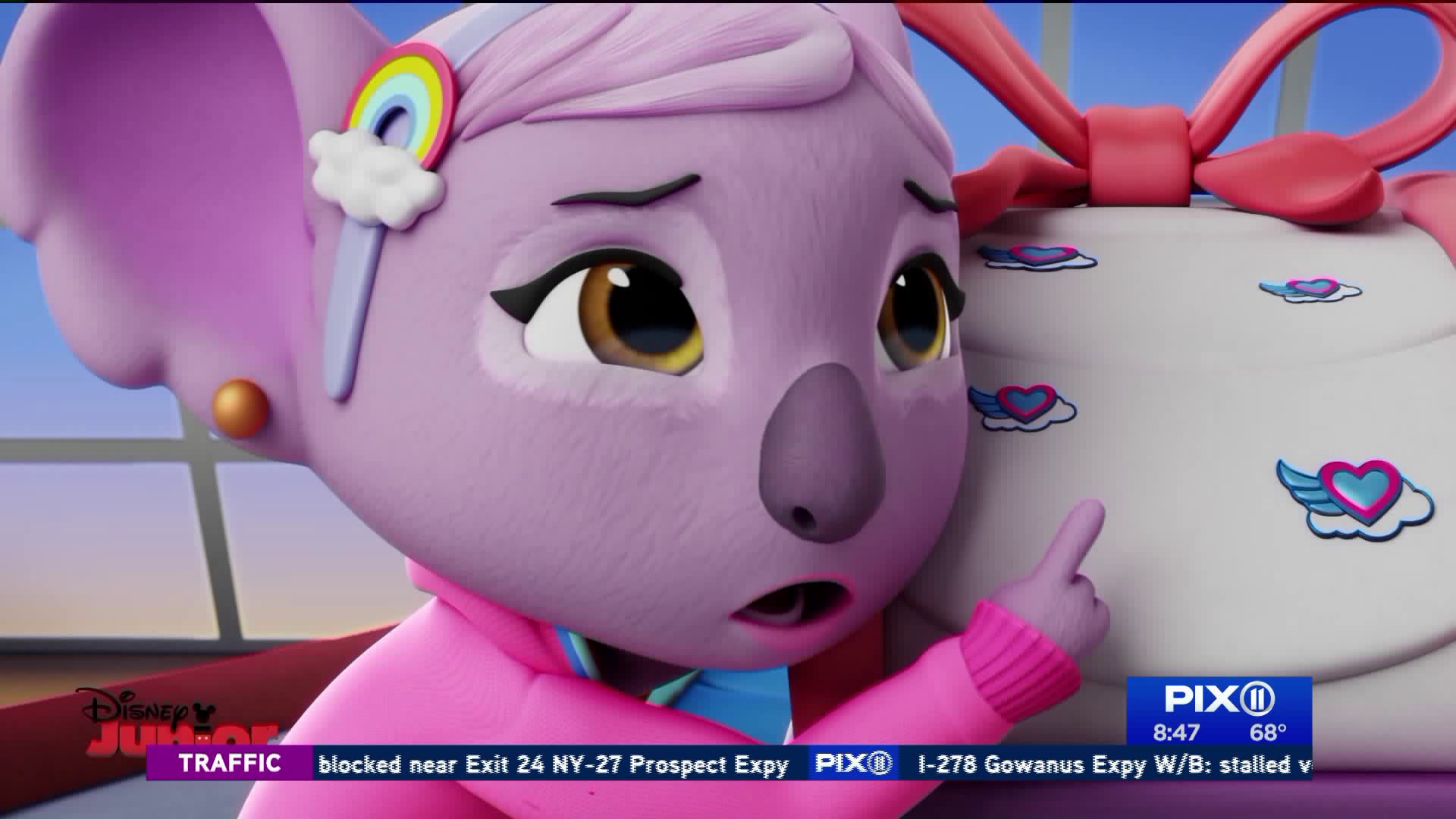 Meet K.C. the kaola from Disney Junior's animated series "T.O.T.S."  She is voiced by actress and singer Megan Hilty.

The comedy follows the adventures of best friends Pip and Freddy, a tenacious penguin and a kind-hearted flamingo, who are the only non-stork delivery birds in-training at Tiny Ones Transport Service (T.O.T.S.). Designed for kids age 2-7, "T.O.T.S." stories suggest themes of positively interacting with and nurturing others while celebrating each other's differences. Every episode has an original song and the recurring delivery anthem "Bringing This Baby Home."

Of course Megan gets to show off her singing skills.  PIX11's Ojinika Obiekwe asked her about the music on "T.O.T.S." and if she would be returning to Broadway.

New episodes of the Disney Junior series can be seen Fridays at 9am ET/PT on Disney Chanel and on DisneyNOW.