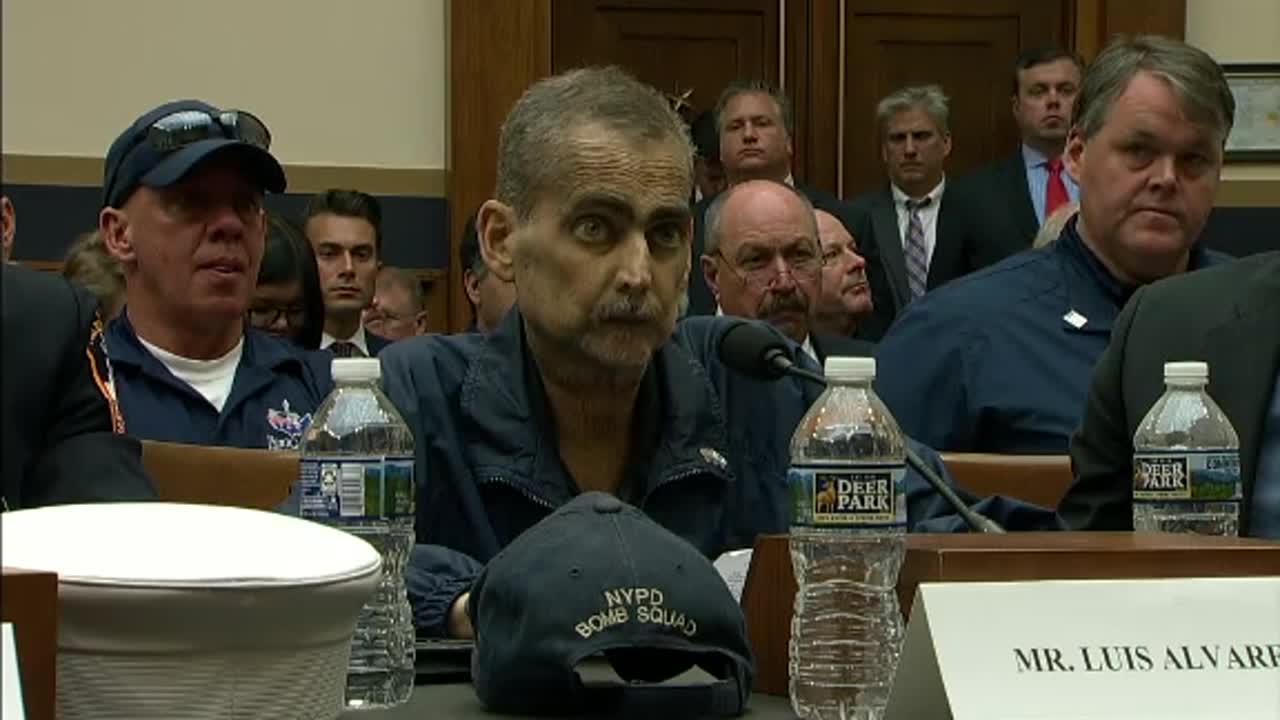 NEW YORK — Weeks before his death last Saturday, Luis Alvarez was one of the 9/11 first responders who testified before Congress in Washington, fighting for the September 11th Victims Compensation Fund.

For about five minutes, a frail Alvarez gave lawmakers a personal, moving look into what life was like for someone battling a 9/11-related illness, and explained why the victims fund was so important for both the first responders and their families.

The retired NYPD bomb squad detective and military veteran started his testimony mentioning that the following day he would undergo his 69th round of chemotherapy for the cancer he got after toiling at ground zero.

"I have been to many places in this world and done many things, but I can tell you that I did not want to be anywhere else but ground zero when I was there," Alvarez told lawmakers that day.

He added, "Now the 9/11 illnesses have taken many of us and we are all worried about our children, our spouses and our families and what happens if we are not here."

John Feal, a fellow first responder who arrived at ground zero the morning after the towers collapsed, praised the personal sacrifice people like Alvarez made in traveling to Washington on behalf of the new victims being identified every day.

"They go for the tens of thousands of people who didn't get their awards yet," Feal said.

"Getting them down from where they live in New York or New Jersey, down I-95 and changing their oxygen tanks or going into a rest stop to take their medications. It's a burden on them psychically and mentally. These trips are brutal."