‘The Prom’ shows its pride across NYC 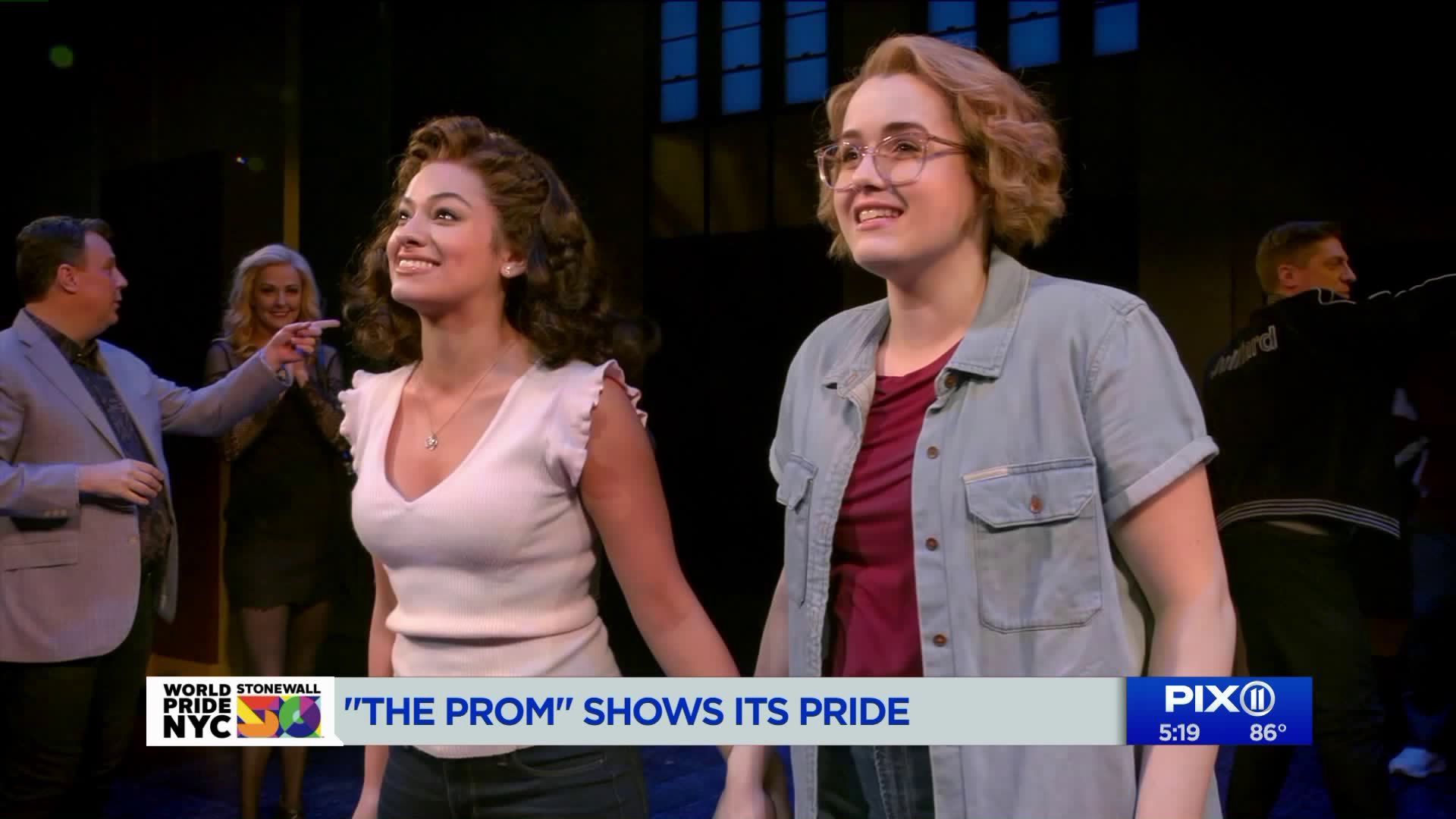 A hit musical is bringing the LGBTQ community center stage. "The Prom," already resonating with its audience, is taking their message of love and acceptance around the boroughs.

“The Prom,” already resonating with audiences, is taking their message of love and acceptance across the city.

PIX11’s Katie Corrado caught up with some of the show’s stars to talk about Pride Power during Pride Month.

The show follows four fading Broadway stars who head to small-town Indiana, where a local PTA canceled its prom after one student wanted to bring her girlfriend.

The stars are determined to draw attention to the issue… and themselves.

"It is a piece of social activism and that's really important in today's day in age, and it has the ability to change people's minds, which is phenomenal," said Isabelle McCalla,  who plays the student's girlfriend.

Cast members have received countless messages, saying "The Prom" has inspired them to come out.

"I had someone in the row of a couple of weeks ago scream to us in the most loving way, 'Thank you, thank you. Thank you for doing this,'" said actress Beth Leavel.

The cast spread their message beyond Broadway during WorldPride’s weekend festivities, performing at the closing ceremony, as well as the YouthPride at SummerStage in Central Park and Broadway in the Boros in Jackson Heights.

Catch “The Prom” at the Longacre Theatre.