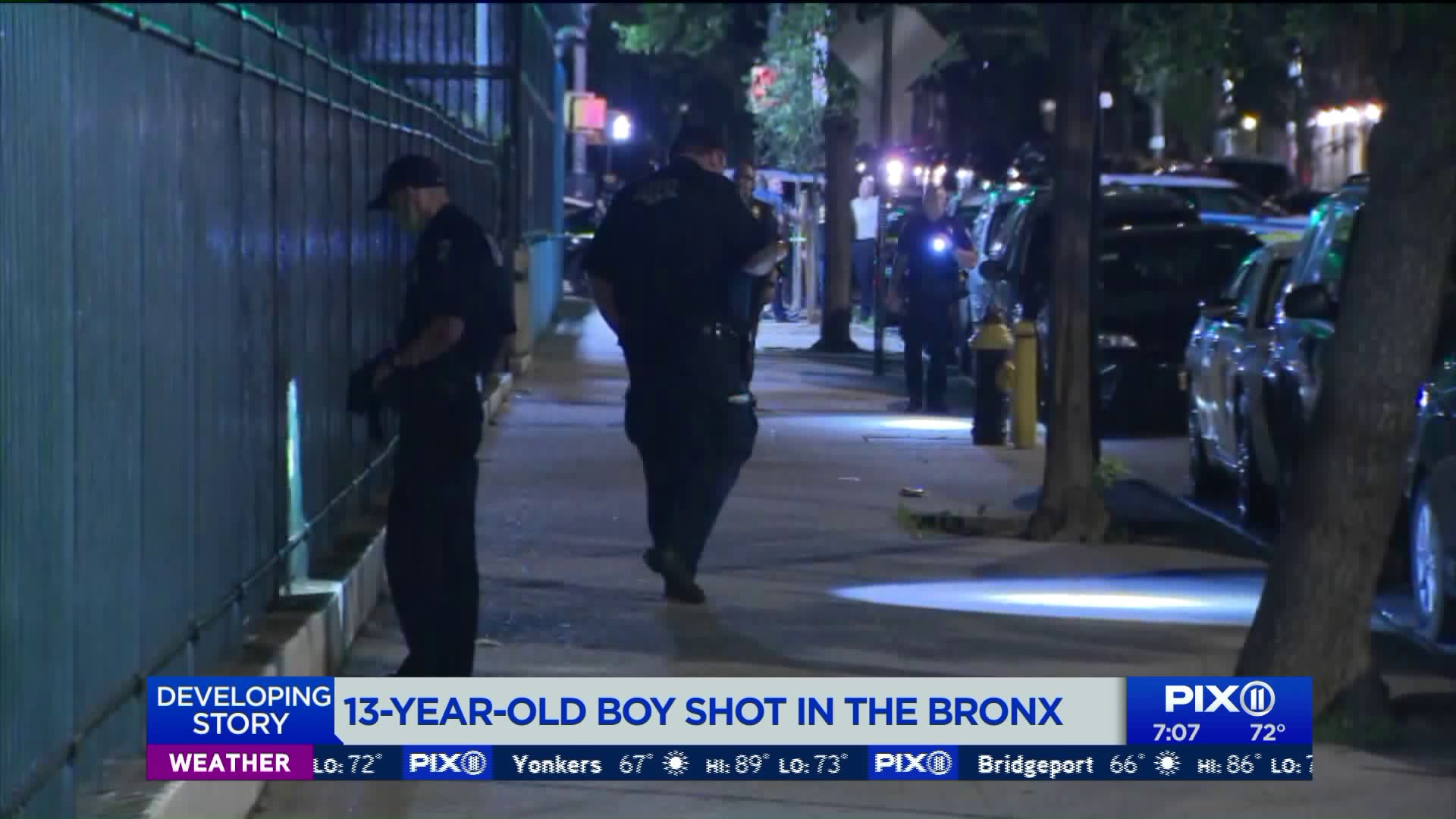 A 13-year-old boy was shot inside a school playground in the Bronx, police said. He was shot in the chest and was found one block away from where the shooting occurred, police said. Kirstin Cole has the latest.

CROTONA, the Bronx— A 13-year-old boy was hospitalized after he was shot in the chest inside of a school playground, police said Tuesday morning.

The shooting happened around 10:20 p.m. Monday in the schoolyard of the School of Science and Applied Learning located at 2050 Prospect Ave.

The teen, who suffered one gunshot wound to his chest,  was discovered one block away from where the shooting occurred at 2052 Mapes Ave., according to police.

He was transported to the hospital in serious but stable condition, police said.

The relationship between the gunman and the victim remains unclear, but authorities say the teen was possibly the intended target due to an earlier disturbance that involved the victim.

The disturbance and shooting are under investigation.