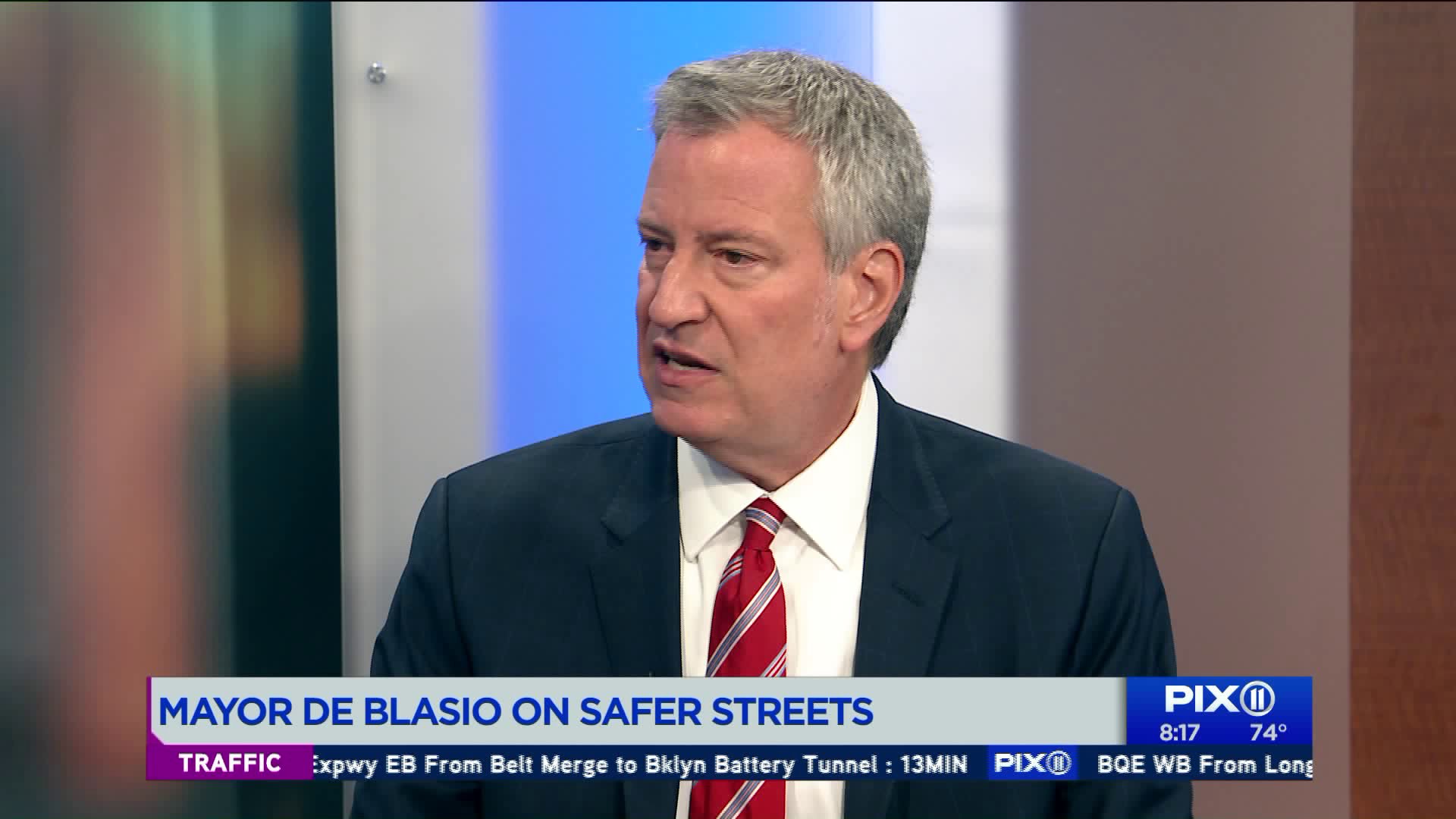 Fifteen cyclists have died in New York City this year five more than last year, citywide. Mayor Bill de Blasio stopped by PIX11 to discuss what needs to be done to improve safety measures for cyclists.

With the increase in cyclists deaths, Mayor Bill de Blasio says something needs to be done to fix the "crisis" and has ordered citywide targeted enforcement of dangerous driving, parking in bike lanes, and other activities that may put cyclists at risk.

The Mayor, an advocate for the Vision Zero program, is working with the NYPD and Department of Transportation to eliminate the traffic deaths and injuries on city streets.

"For five years, Vision Zero has been working consistently in driving down fatalities," he said, "We had 100 fewer fatalities last year than we had five years earlier. But this – these last weeks, and few months really, have been horrible."

De Blasio has since directed the NYPD to clear bike lanes and crack down on dangerous driving behavior, such as speeding and parking in bike lanes. "As more serious and violent crime is going down, the NYPD can put more attention in Vision Zero."

He also charged the Department of Transportation with developing a new cyclist safety plan to make city streets safer and develop a "safety-first" attitude.

With "so little space in the city" and millions of residents and tourists across the five boroughs, the Mayor is reiterating the fact that the city needs to protect those bike lanes

De Blasio's call to achieve Vision Zero comes after the 15 cyclists died in crashes across the five boroughs. The latest incident happened Monday when a 29-year-old woman was struck by a cement truck in East Williamsburg.