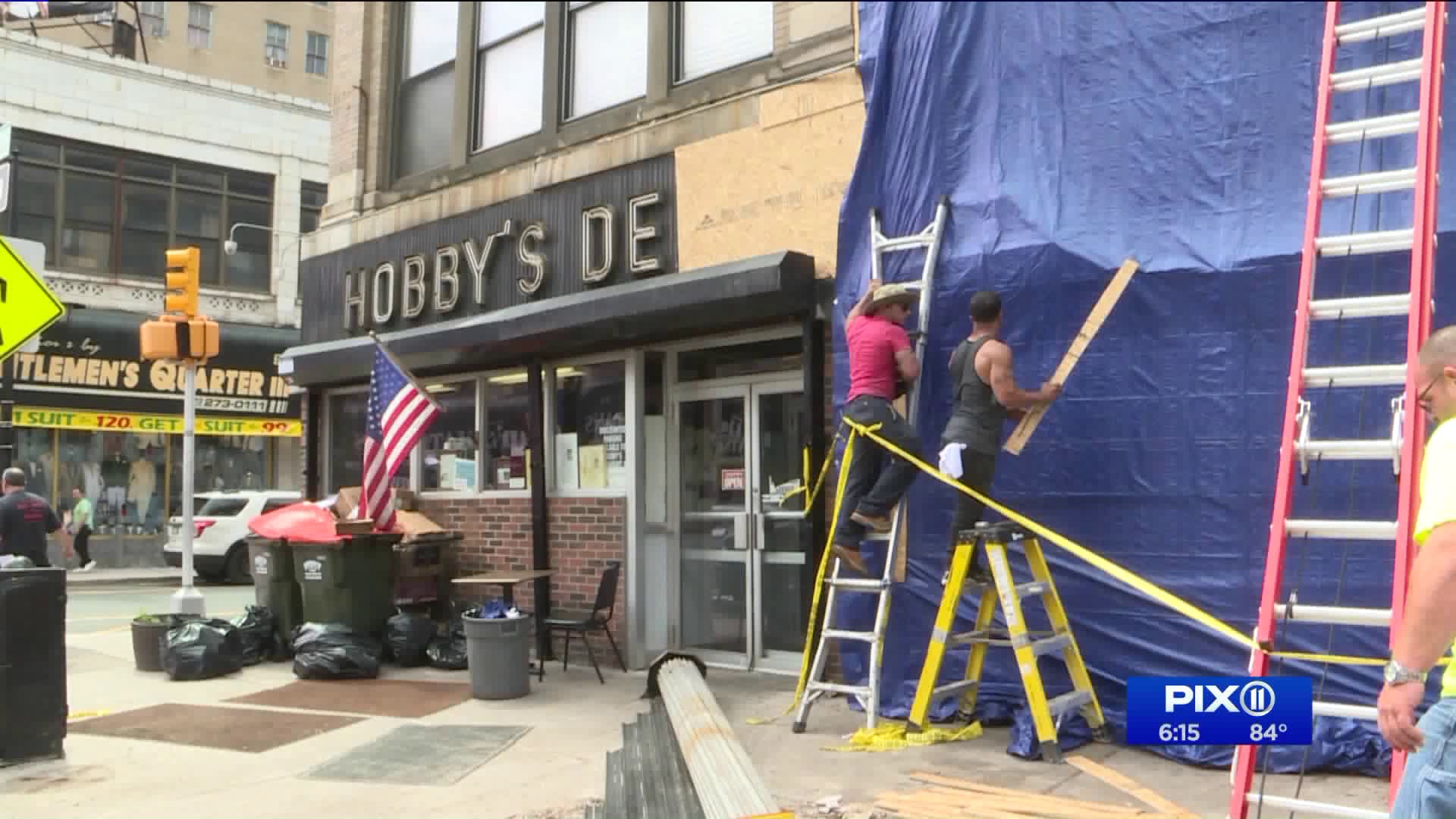 A New Jersey icon was badly damaged in a fire yesterday.

NEWARK — A New Jersey icon was badly damaged in a fire yesterday.

Hobby’s Delicatessen and Restaurant was open for business when people started to smell smoke. The famed deli's facade was recently used as a film set for the new Sopranos prequel set to come out next year.

"It makes you a little teary eyed that this is going on," Michael Brummer is talking about the outpouring of support. Brummer owns Hobby's with his brother Mark and their mother. Brummer's father bought the business in 1962. Hobby's has been a staple on Halsey Street ever since.

"I mean we’ve had people from the city, the governors office called," said Michael Brummer. "It’s humbling that people reach out to you and will do anything for you."

As customers came in to order their popular pastrami or corned beef, they had to be turned away. But the fire inspector did clear the deli section of the restaurant to reopen tomorrow.

The portion of the restaurant with seating and a bar will remain closed for repairs. That side of the building is badly charred and water-damaged.

What caused the fire is still unknown.

"This is my family," said one employee who made it out when smoke began to fill the restaurant. "I like being here."

Their goal is to get the dining room and bar reopened by October. That's when the New Jersey Devils host their home opener.

Last year, the deli named one of their sandwiches for the NHL's top draft pick, Nico Hischier.

This year, they plan to do the same for Jack Hughes. But first, they have a lot of work to do to make repairs in time.

"I hope so, it’s good for the neighborhood," said one customer. "It's an establishment."