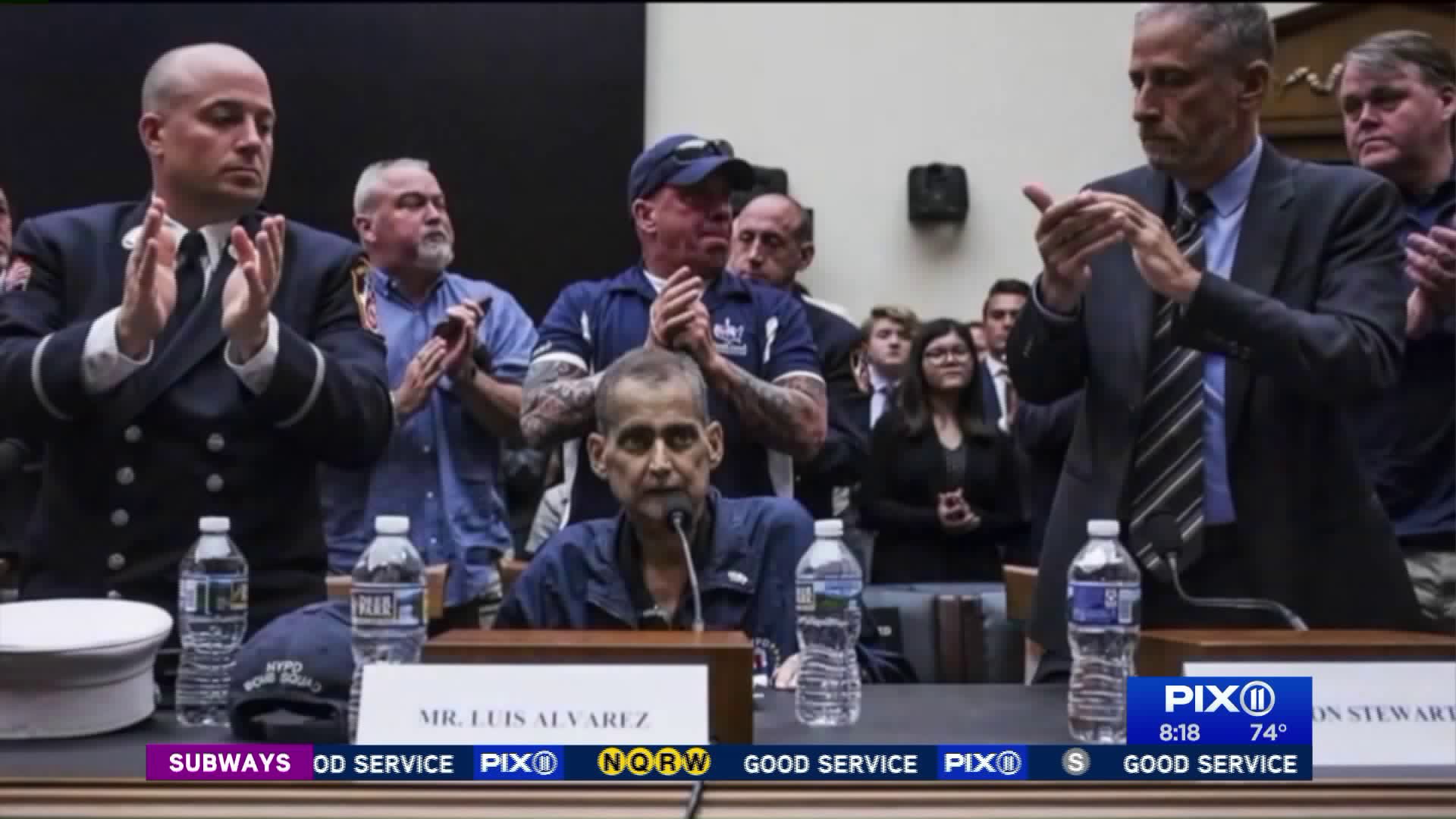 Luis Alvarez, died during his battle with cancer. Alvarez, a former NYPD detective and 9/11 first responder, blamed his illness on the time he spent in the rubble of the World Trade Center Twin Towers searching for survivors. He recently testified before Congress, asking legislators to reauthorize the September 11th Victim Compensation Fund. Mayor Bill de Blasio commented on Alvarez`s death and what Congress should do.

Mayor Bill de Blasio called Luis Alvarez , the 9/11 first responder who died Saturday, “a true New York hero and I’ll be honored to give the key to the city to his family."

De Blasio spoke with PIX11’s Dan Mannarino Tuesday morning about the former NYPD detective who testified before congress, asking legislators to reauthorize the September 11th Victim Compensation Fund . The fund provides money to those who responded to the 2001 World Trade Center terrorist attacks and are now suffering medical problems.

“You say you're a patriot, you say you care,” said de Blasio. “Mitch McConnell is doing something immoral here and I hope that Luis Alvarez did not die in vain.”

He was diagnosed with colorectal cancer in 2016 and blamed his illness on the time he spent in the rubble of the World Trade Center Twin Towers, searching for survivors after the 9/11 terrorist attacks.

When he appeared before the House Judiciary Committee on June 11, he told legislators that he’d undergo his 69th round of chemotherapy the following day.

Jon Stewart, a longtime advocate for 9/11 first responders, also testified before Congress alongside Alvarez. He angrily called out lawmakers for failing to attend a hearing on a bill to ensure the fund can pay benefits for the next 70 years. Pointing to rows of empty seats, Stewart said "sick and dying" first responders and their families came to Washington for the hearing, only to face a nearly deserted room.

Stewart mocked McConnell on Stephen Colbert’s late-night talk show, accusing the GOP leader of slow-walking the legislation and using it as a political pawn to get other things done.

The current proposal to permanently extend the fund would authorize it through 2089. It has plenty of support in the House, where it passed the Judiciary Committee, and McConnell has indicated that Congress would address the fund.

"We've always dealt with that in the past in a compassionate way,” said McConnell, “and I assume we will again."

Alvarez will be laid to rest Wednesday.