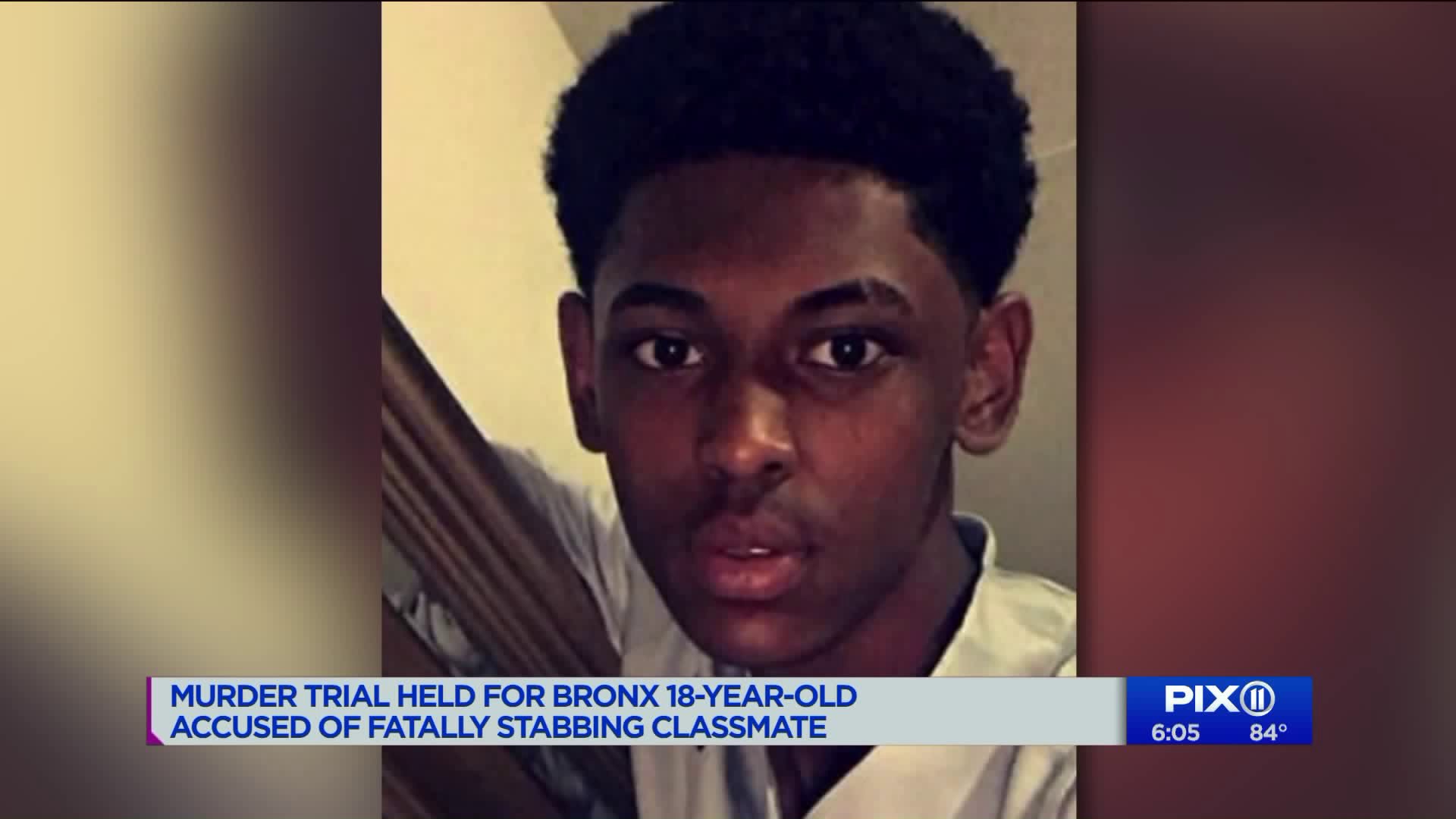 A bullied Bronx teenager is charged with fatally stabbing one high school classmate and slashing another.

CONCOURSE, THE BRONX -- Emotions ran very high on Tuesday at the trial of Abel Cedeño, who stabbed two of his high school classmates two years ago after, he maintains, they bullied him.

At various points during Tuesday's testimony, the judge had to stop the proceedings. Once, it was due to the key witness breaking down on the stand. Another time, it was because of Cedeńo's lawyer's behavior toward the key witness. The situation left tears flowing in the courtroom.

Cedeño, 20, sat at the defense table the same way he'd carried himself walking into and out of court: stoically and quietly.

It was in contrast to just about everything else going on around him in Bronx Supreme Court Justice Michael Gross's courtroom.

When asked what had happened in history class on September 22, 2017, 18-year-old Ariane Laboy bowed his head and started to cry. The courtroom was dead silent, as his emotions filled the void. The judge declared a recess so that Laboy could pull himself together. Judge Gross also allowed Laboy's father to talk with his son in a holding room behind the judge's bench.

Laboy was one of Cedeño's two victims. According to pat statements from Cedeño and his attorneys, he'd been bullied and harassed by Laboy and another student, Matthew McCree, who was 15 at the time.

After someone threw pens, pencils and paper at Cedeño, according to court testimony on Tuesday, Cedeño had words with Laboy and McCree, and the students fought.

"I looked down, there was a hole in my chest," said Laboy, recalling the seconds after he and his friend were stabbed in the classroom at Urban Assembly School for Wildlife Conservation.

Laboy said that Cedeño stabbed him in the same part of his upper torso where Cedeño had stabbed McCree. "He was holding his chest," Laboy testified. He said that there'd been a lot of blood.

Laboy was also asked to show where he'd been stabbed. He rolled up his sleeves, and pulled down part of his shirt to show long scars on his skin. The judge described each one, for the court record. "Extensive scar... four inches" in length, Justice Gross said. "Forearm; heel of the left thumb," the judge continued in his description, and ended with the most life-threatening wounds. "Right upper chest; right upper chest, several inches from the right armpit."

The judge also stopped proceedings for a recess late in the afternoon after telling Cedeño's lead attorney, Robert Feldman, that he was "mocking, harassing" Laboy.

"I assure you," said Judge Gross to the lawyer, "the tone you have adopted... is inappropriate."

Laboy's description of what had happened to him and his friend sent McCree's mother fleeing the courtroom, in tears.

She and her attorney Sanford Rubenstein, as well as the attorney for Laboy, contend that in addition to Cedeño being a deadly threat, the school system itself is also to blame. They're pursuing civil lawsuits against the New York City Department of Education, and argue that it should have been more mindful, and should not have allowed a knife to enter the school in the first place.

Cedeño's lawyers are also pursuing a civil case against the DOE.

His defense team was not allowed to make any comment to the media. The judge placed a gag order on all of the trial attorneys.

However, the lawyer representing Cedeño in his civil suit did have the defendant's mother speak briefly outside of court.

When PIX11 News asked her how her son is doing, she responded with sadness. "It's really hard for him," she said. "He can't sleep."

Cedeño is expected to testify in his own behalf in the next few days.