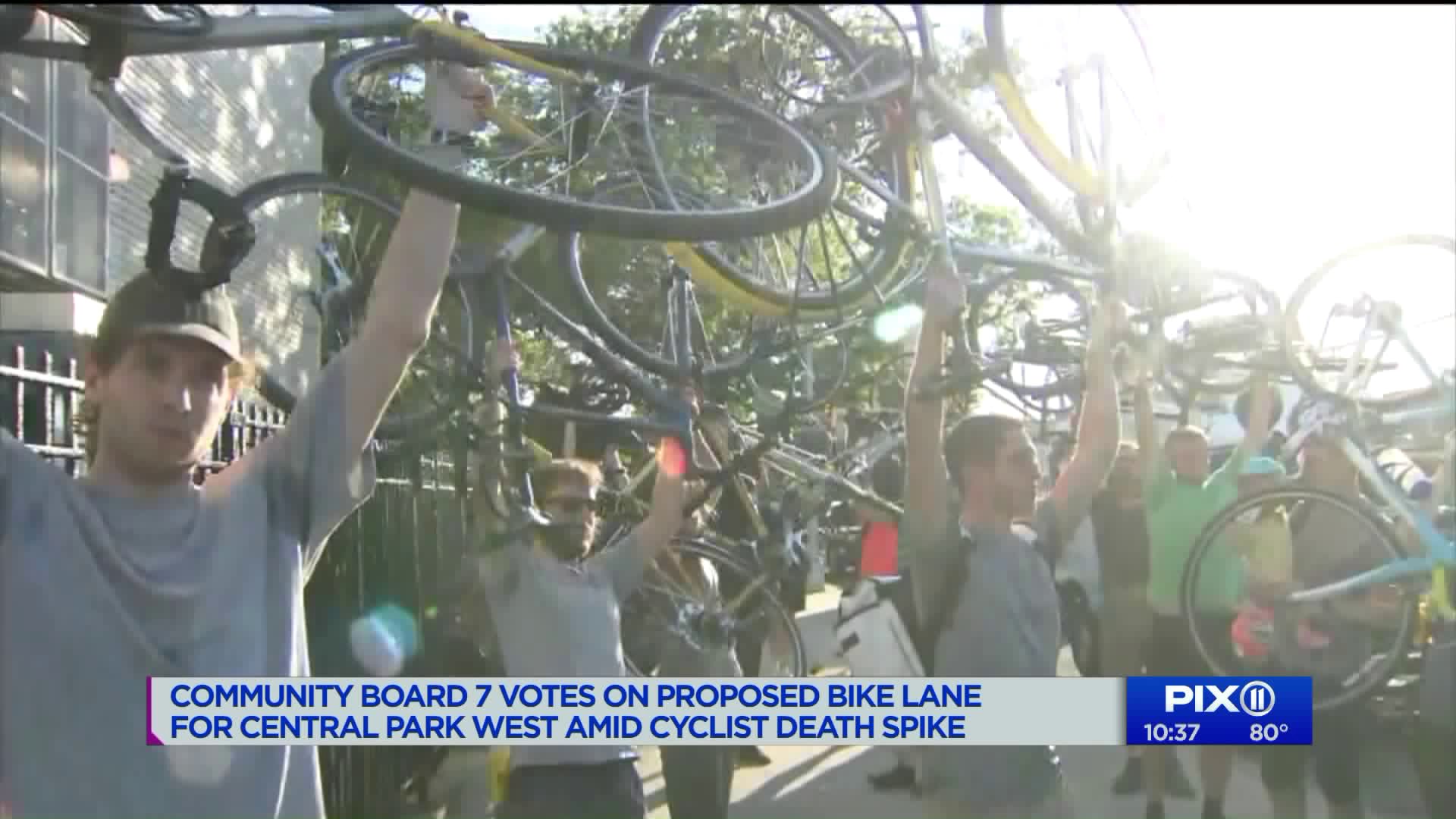 It`s a big win for bicyclists and a big loss for drivers. Hundreds of parking spots may soon be eliminated along the park side of Central Park West from 59th to 110th Street to make way for a delineated or bollard- protected northbound bike lane. 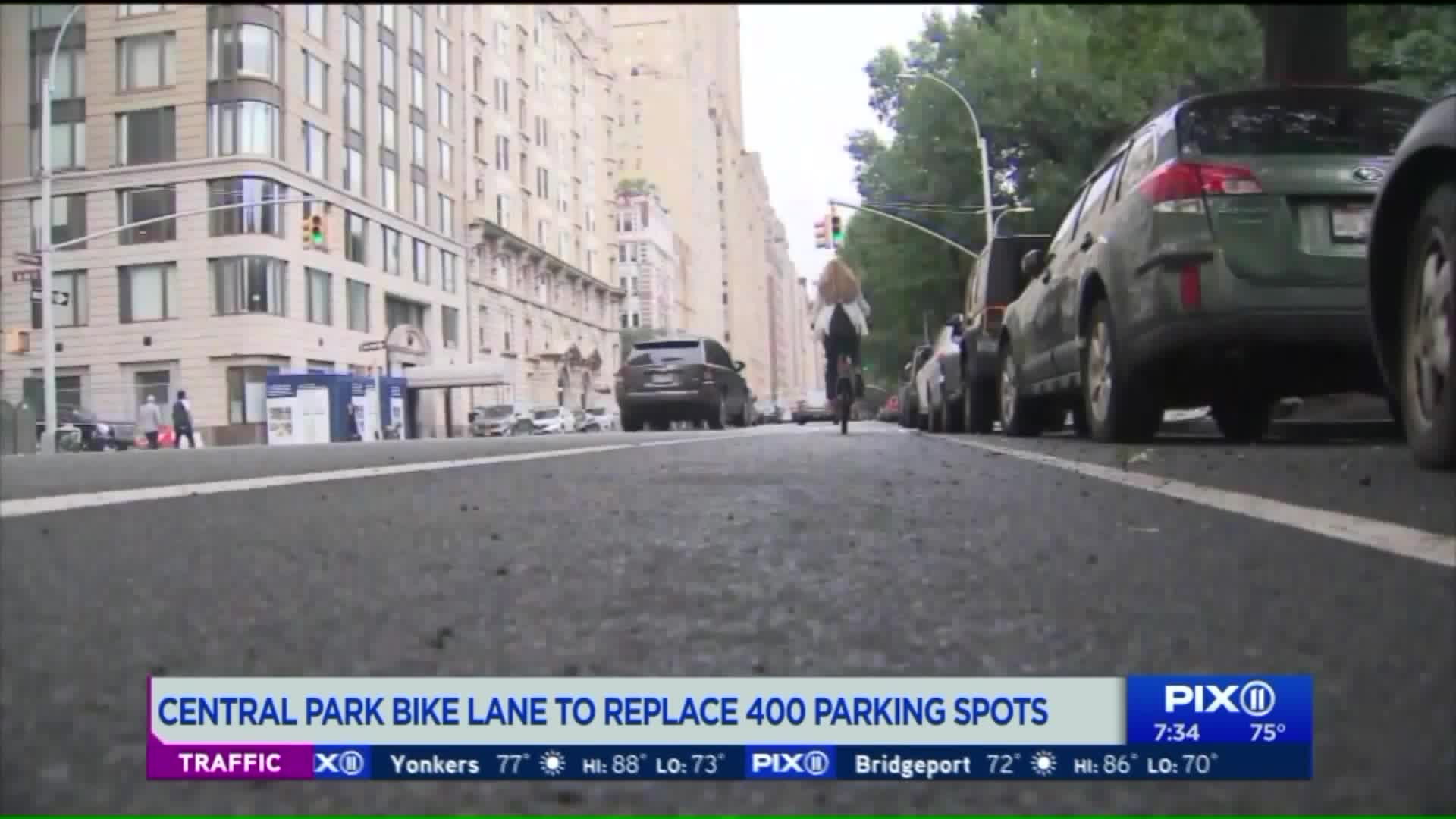 UPPER WEST SIDE — One of the most iconic stretches of road in the city is about to change in the name of bicycle safety. The reconfiguring if Central Park West comes against the backdrop of several high-profile bicyclist deaths.

An intense Community Board 7 meeting on the Upper West Side Tuesday night centered around the idea of adding a protected bicycle lane to Central Park West. The lane would eliminate roughly 400 parking spots, which many said would make traffic worse and be economically damaging to the area.

Cycling advocates were out in force as well to press for the new protected bicycle lane, which was ultimately approved after hours of debate.

In a one week span - 28-year-old cyclist was killed in Williamsburg just Monday, 57-year-old Ernest Askew was killer while riding in Brownsville last week, and Robyn Hightman was killed in the Flat Iron District a few days earlier.

Overall the 15 bicyclist deaths so far this year, five more than all last year, prompted Mayor Bill de Blasio to order special city-wife enforcement of vehicles who put cyclists in danger with their driving and parking.