‘Close the camps’: Protesters across the country demand an end to migrant detention centers 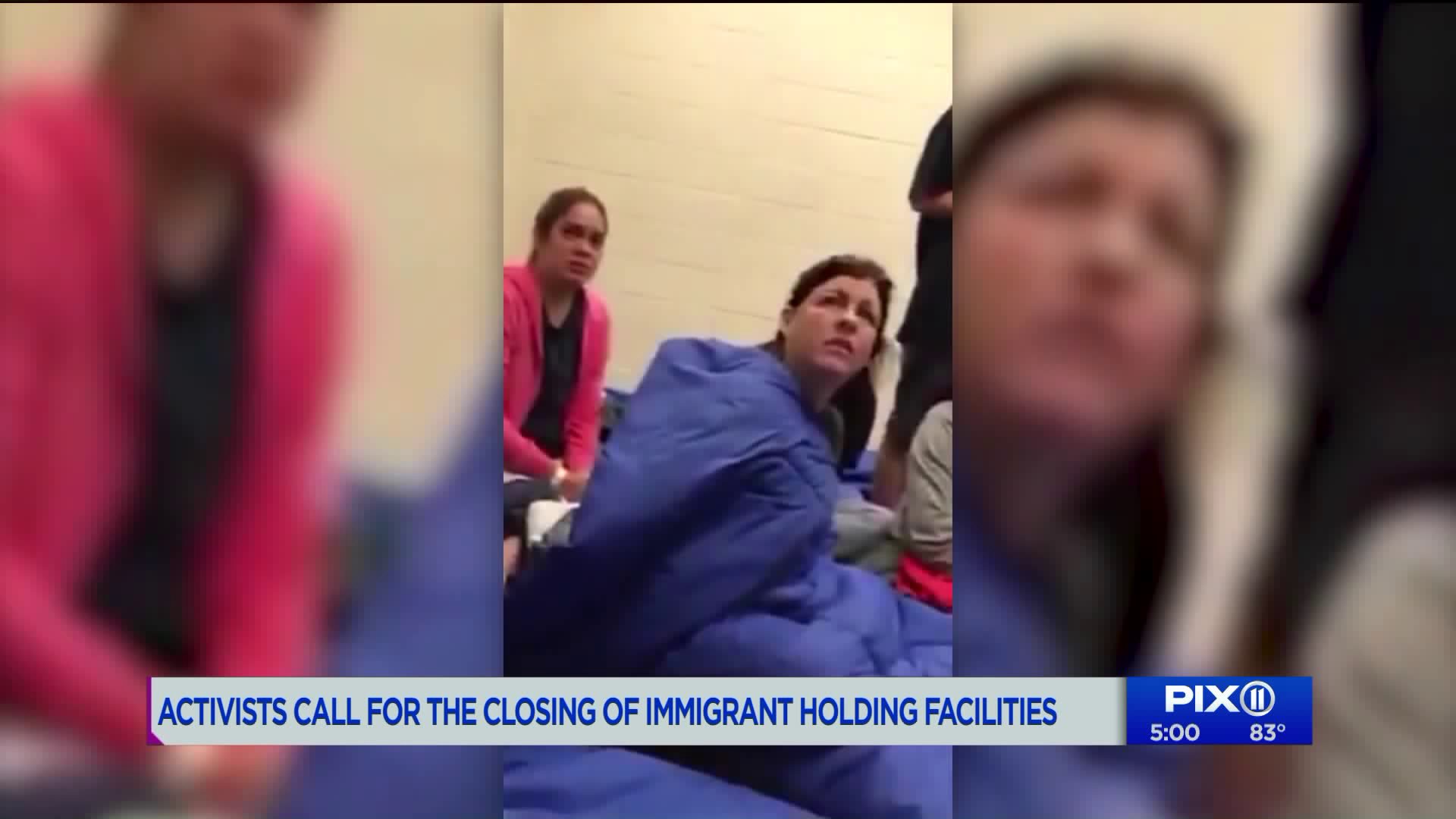 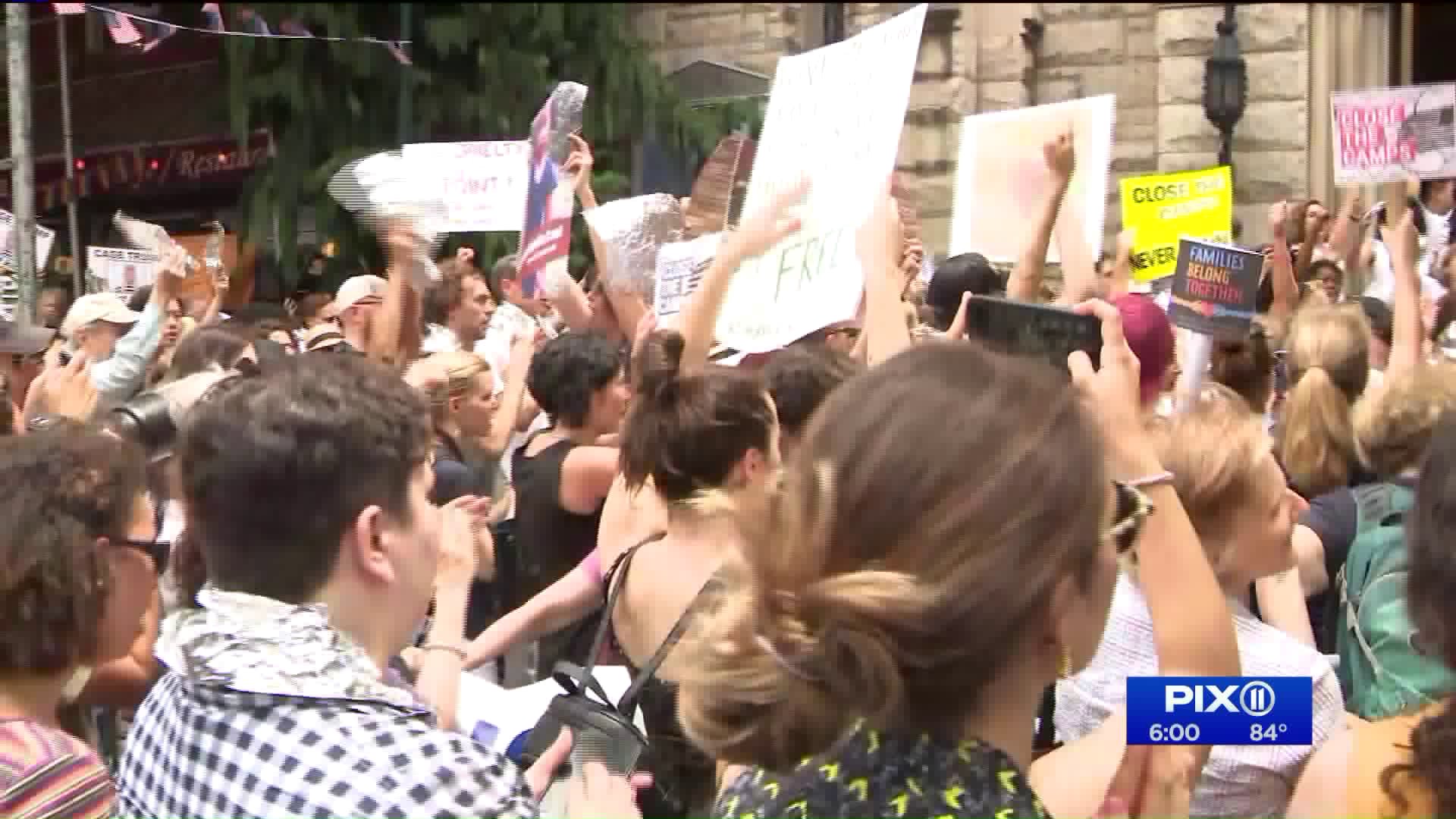 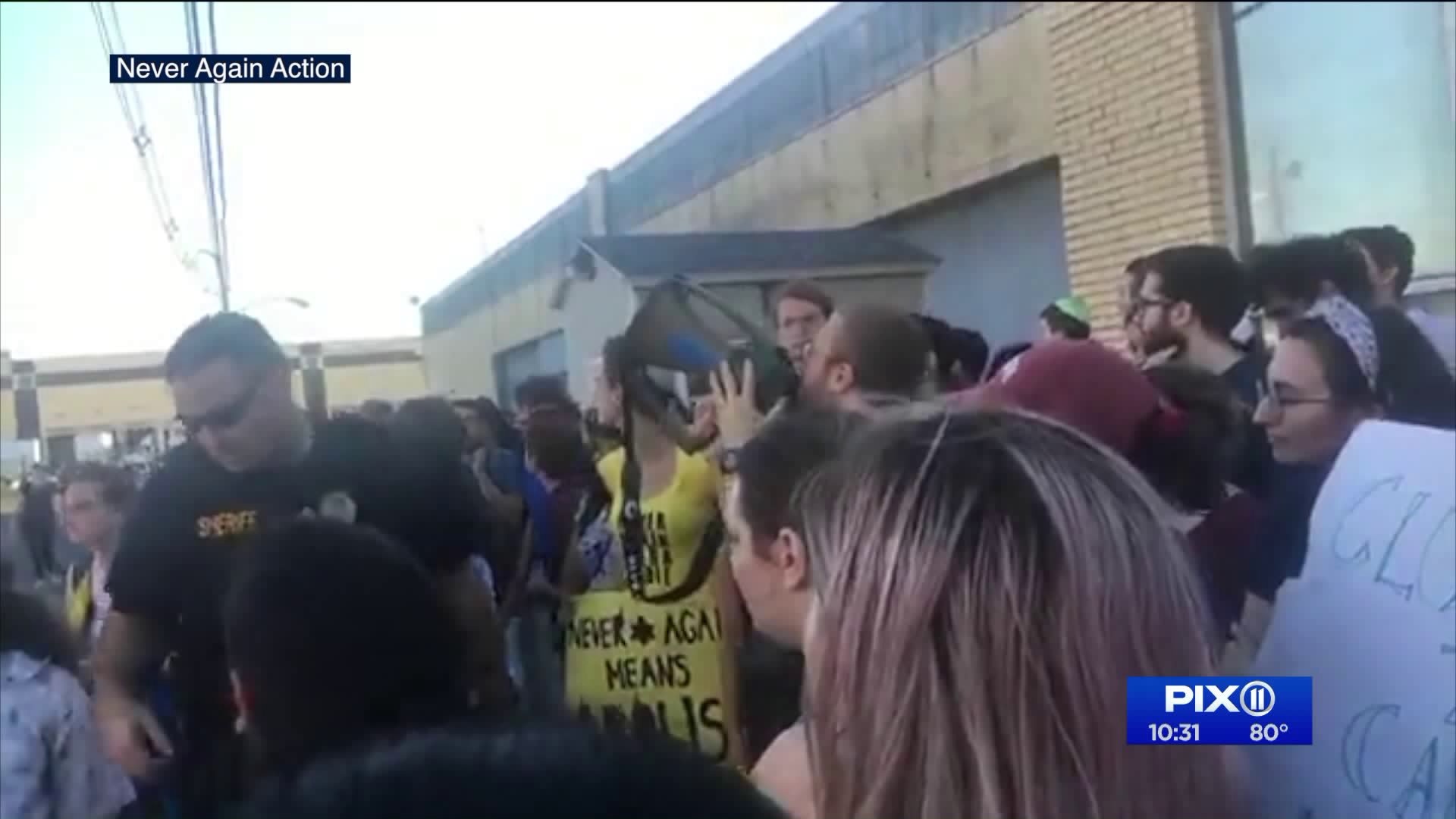 Demonstrators are converging on cities across the United States on Tuesday to demand the closure of detention facilities holding migrant children and families.

Advocacy group MoveOn, which is uniting the protests under the #closethecamps hashtag, is encouraging protesters to gather outside the offices of various US senators and representatives to demand they close the detention facilities, withhold funds for detaining and deporting migrants, and "bear witness and reunite families," a news release says.

"From imprisoning children in inhumane detention centers, threatening widespread raids to break up families, and covering up reports of migrants dying in U.S. custody, we must come together to permanently end family detention and separation, ensure all families are reunited, and close the camps," the statement said.

Demonstrators are converging on cities across the United States to demand the closure of detention facilities holding migrant children and families.

The protests come a day after a congressional delegation visited some of the facilities and reported migrants being held in inhumane conditions, including being told to drink water from a toilet bowl -- a charge US Border Patrol Chief of Operations Brian Hastings called "completely untrue."

Other groups helping to organize the protests include: United We Dream, a youth-led immigrant group; American Friends Service Committee, a Quaker organization; and Families Belong Together, a group fighting family separation.

In addition to the lawmakers' Monday visits, presidential candidates, reporters and a team of doctors and lawyers involved in a federal lawsuit have recently visited facilities and returned with allegations of unsanitary conditions, children going hungry, a shortage of clothing and mattresses, and sick people being denied medicine and health care.

Dozens of sworn affidavits submitted as part of the federal lawsuit detail children's accounts of being separated from their parents or guardians and held in cramped cells they describe as cages.

Dr. Dolly Lucio Sevier, a pediatrician who interviewed 39 children, submitted a court declaration likening the conditions in the detention centers to those in "torture facilities."

"That is, extreme cold temperatures, lights on 24 hours a day, no adequate access to medical care, basic sanitation, water or adequate food," she wrote. "All 39 detainees had no access to hand-washing during their entire time in custody, including no hand-washing available after bathroom use."

Hastings, however, said there are "ample supplies" at the facilities and that "a lot of our stations look like Costco."

US Customs and Border Protection said last month that its short-term holding facilities were not designed to hold "vulnerable populations" and said it urgently needed "additional humanitarian funding to manage the crisis."

President Donald Trump on Monday signed a bill that provides $4.6 billion in emergency funding for the border.

Officials have complained of overcrowding for "quite some time," CBP Deputy Commissioner Robert Perez told CNN on Tuesday, reiterating the assertion that the facilities were "never designed to hold this many" people.

The allegations made following the congressional visits were the first he's heard of such conditions, he said, but the accusations are being taken seriously.

Perez believes CBP officials are meeting or exceeding standard in most cases, he said, promising consequences for anyone who doesn't adhere to CBP standards of conduct.