Building superintendent, son brutally attacked by group of men in the Bronx 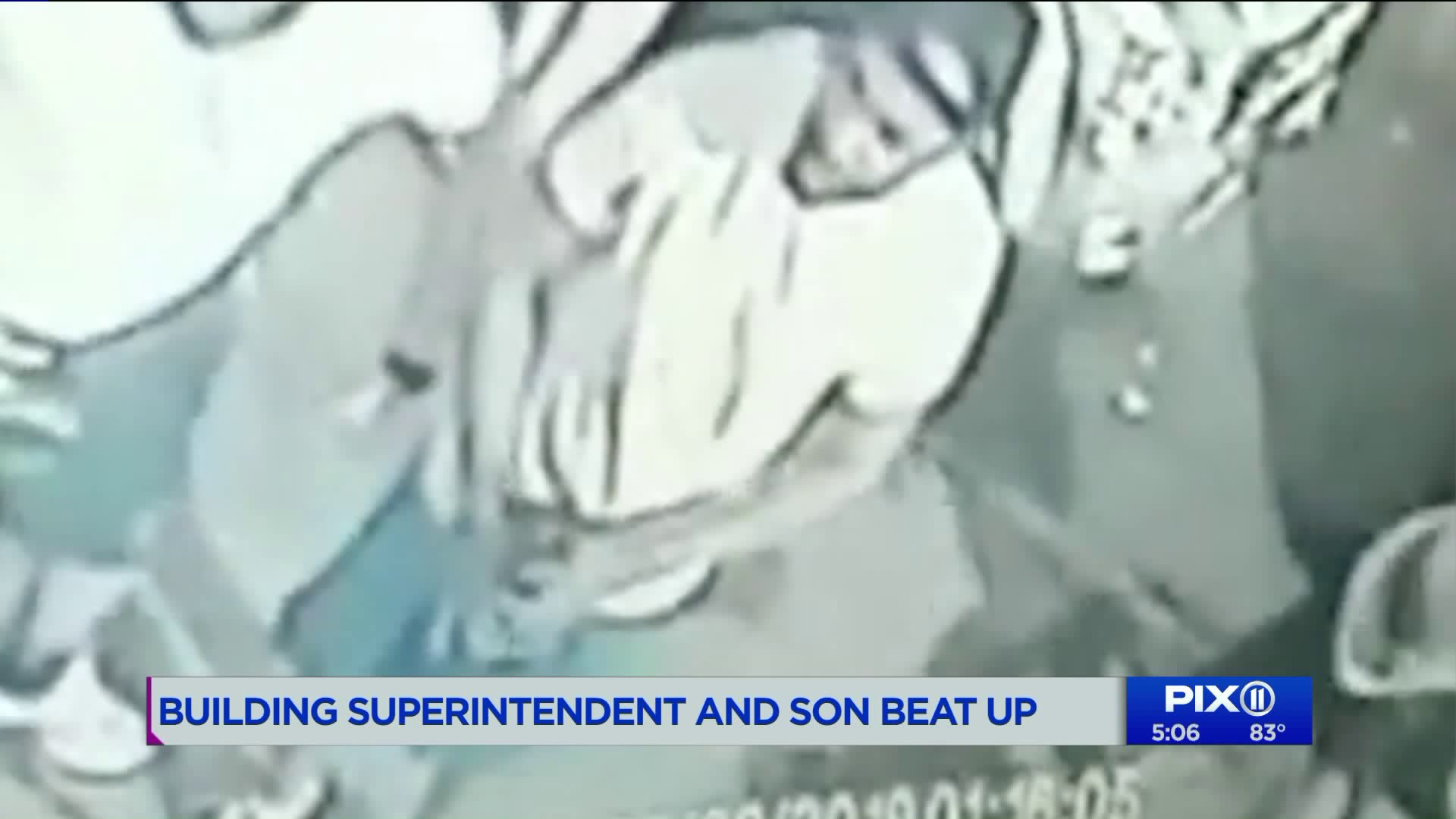 It was early Sunday morning, the super says the group of men were having a BBQ in front of the building but at one point became rowdy and that`s when Serena`s 41-year-old son who`s training to take over as superintendent asked them to leave...first you see an argument ...then the punches.

THE BRONX -- Police are searching for at least five men after a building superintendent and his son were brutally attacked in the Bronx early Sunday morning.

The attack was caught on surveillance camera in front of a building on Davidson Avenue in the Fordham section.

Police say a group of people, including the five men who are known drug dealers in the area, were having a BBQ in front of the building.

The super’s 41-year-old son asked them to leave, an argument ensued and the men started to punch and kick.

The superintendent, 62-year-old Sylverio Serrena said in Spanish, “They hit my son but did not cut him.”

Serrena tried to help his son, but was no match for the group.

“They cut me in my face and hit me” he said.

It took nine stitches to close a cut under Serrena’s left eye.

Anyone with information in regard to this incident is asked to call the NYPD's Crime Stoppers Hotline at 1-800-577-TIPS (8477) or for Spanish, 1-888-57-PISTA (74782). The public can also submit their tips by logging onto the CrimeStoppers website atwww.nypdcrimestoppers.com, on Twitter @NYPDTips or by texting their tips to 274637 (CRIMES) then enter TIP577. All calls are strictly confidential.