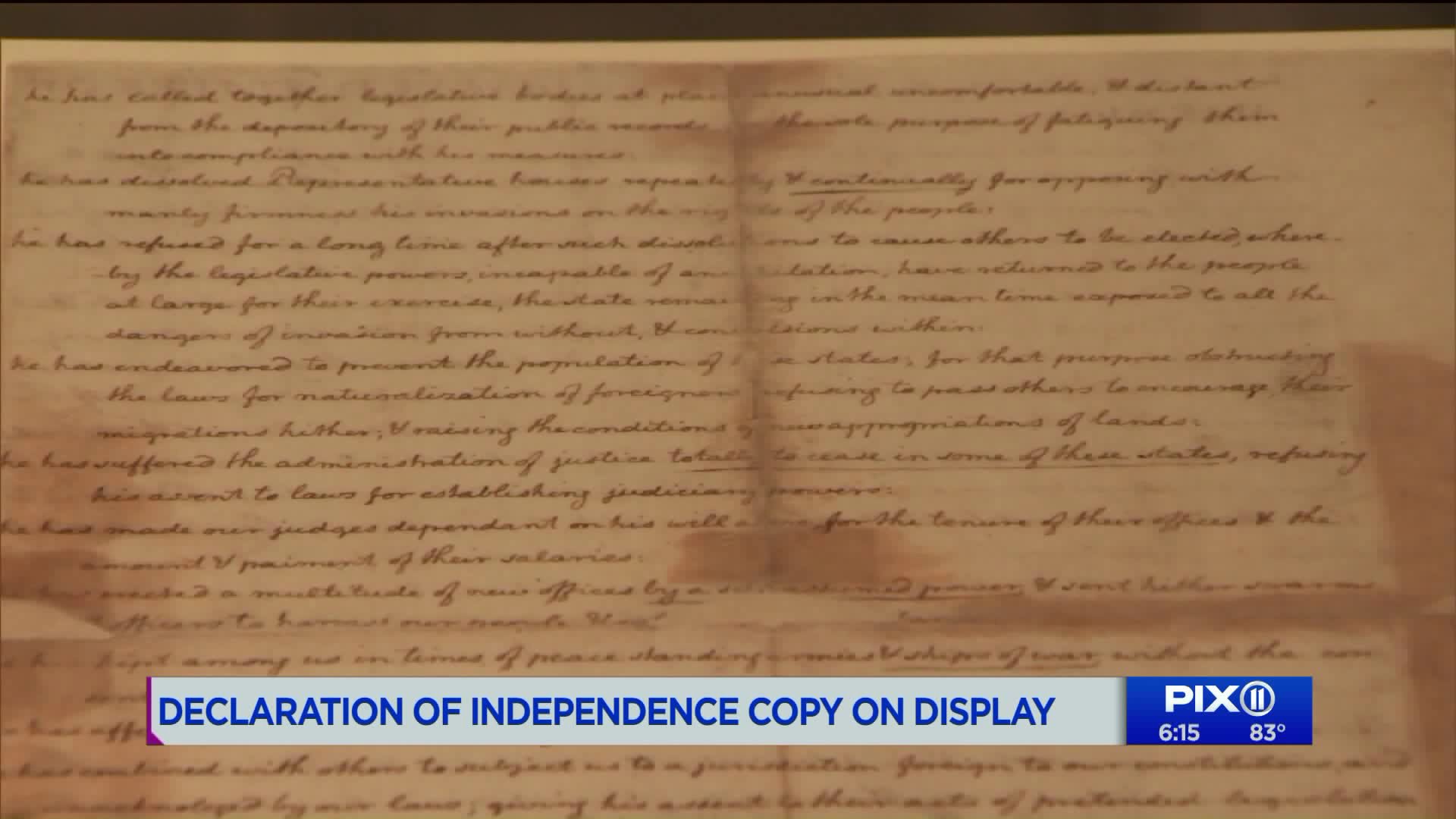 As July 4th approaches, the New York Public Library has put an important historical document on display. It is Thomas Jefferson`s original, unedited Declaration of Independence. New Yorkers and tourists lined up Monday to see it. Many used today`s instrument of record, the cell phone, to capture it.

It is Thomas Jefferson's original, unedited Declaration of Independence.

"Especially today with everything digitized, to see the actual, original document is something very powerful," Aryeh Wuemsch said after he viewed it.

New Yorkers and tourists lined up Monday to see it. Many used today's instrument of record, the cell phone, to capture it.

The copy on display at the library in Midtown is one of four surviving copies of Thomas Jefferson's version. The parts that are underlined were taken out of the version of the Declaration of Independence that was signed and ratified. According to Bill Kelly of the New York Public Library, Jefferson sent out multiple copies of this version to his friends. In it, Jefferson condemns the slave trade. The final copy eliminated that to appease Southern delegates.

"With underlines to show what he said, as opposed to what Congress said. It's one of three items on his tombstone that he is proud of," Kelly said.

The New York Public Library obtained this copy at an auction in 1896. The library tries to bring it out once a year around the 4th of July. The goal is to preserve the document and prevent the ink from fading.

Jeffrey Allen, visiting from Alabama, said this was an important stop for his family.

"History is very important to pass along to the different generations so we can all share it," Allen said.

While the famous document will be tucked away on July 3rd for safekeeping, the library said it hopes to display it more regularly beginning in 2020. But, it must have the proper glass so this important piece of history does not fade away.