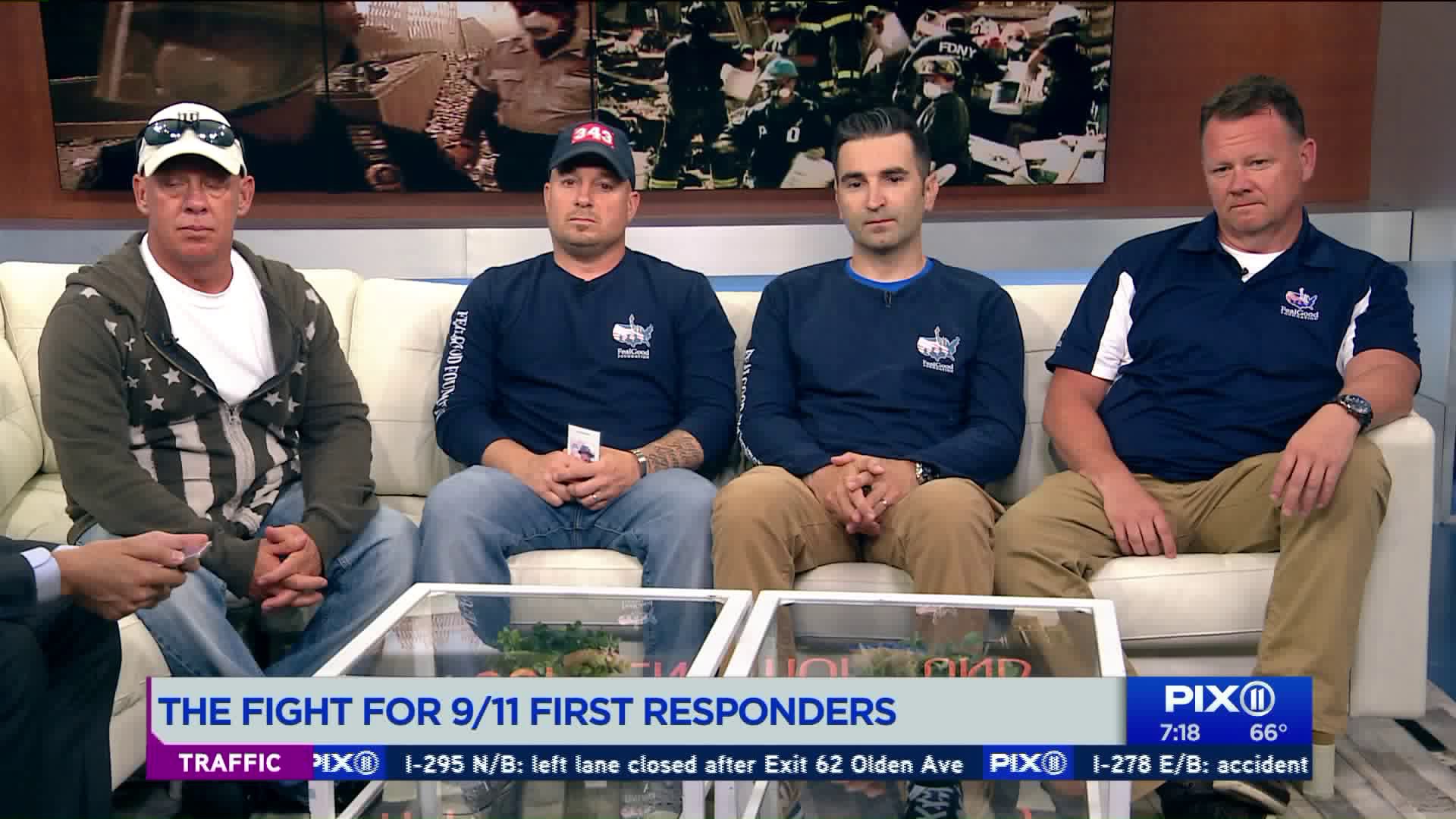 9/11 responders sit down with Dan Mannarino to talk about the life of Luis Alvarez and how they plan to continue the fight to reauthorize the September 11th Victim Compensation Fund.

Programming note: PIX11 will air and stream the funeral of Luis Alvarez on Wednesday morning. The funeral begins at 10 a.m. but PIX11 coverage will start earlier.  Return to this story to watch the video on Wednesday.

NEW YORK — Funeral arrangements have been made for Luis Alvarez, a former NYPD detective and 9/11 first responder who recently testified before Congress asking legislators to reauthorize the September 11th Victim Compensation Fund.

Alvarez had been fighting a battle with colorectal cancer since 2016 and blamed his illness on the time he spent in the rubble of the World Trade Center Twin Towers searching for survivors after the 9/11 terrorist attacks. Since his diagnoses, Alvarez endured 68 rounds of chemotherapy treatments.

On June 11, Alvarez and other first responders testified about their 9/11 related aliments in a House Judiciary Committee hearing in order to obtain more funding for the September 11th Victim Compensation Fund. The fund provides money to individuals who have suffered from injuries and illnesses related to the terrorist attacks and the debris cleanup afterwards.

Alvarez’s death was confirmed by his family on the Saturday morning. He was 53 years old.

In lieu of flowers, the Alvarez family requests that donations in the name of Detective Luis Alvarez be made to the following charities and causes: