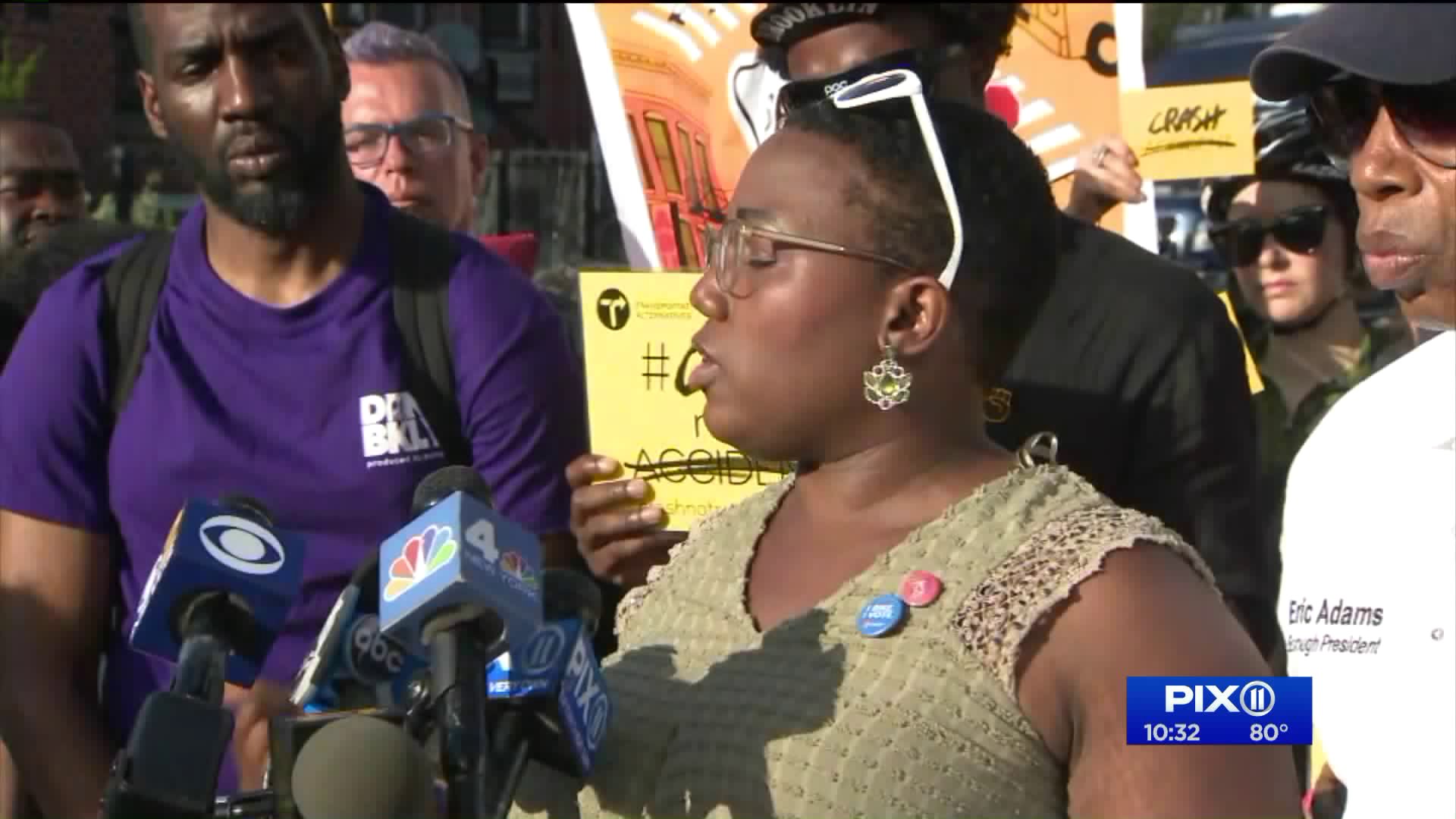 A 15th bicyclist was killed in a crash Monday, that makes five more than were killed all last year citywide.

BROWNSVILLE, Brooklyn — A 15th bicyclist was killed in a crash Monday, that makes five more than were killed all last year citywide.

It happened just a few short hours before a cyclist who died late last week was remembered. Their eyes welling with tears, the family of Ernest Askew watched as activists hung a “cyclist killed here” sign at the intersection of Sutter Avenue and Chester Street.

Askew’s aunt and big brother told the crowd he was a pretty good singer, who performed at the Apollo Theater a few years back. They praised also the use of his death to seek safety improvements for other cyclists.

Askew was the fourteenth of fifteen cyclists killed citywide so far this in 2019. 28-year-old Devra Freelander was killed Monday in Williamsburg, and Robyn Hightman was killed last week in the Flat Iron District.

“Ten of those 15 have been in Brooklyn, the place we consider ground zero for bike usage,” said Brooklyn Borough President Eric Adams.

Adams and others called attention to the fact that city’s expanding bicycle lane infrastructure often is not being added to outer boroughs, specifically where people of color live.

Advocates said they are leery of when police enforcement is used as a solution, because traditionally it often results in bicyclists getting ticketed more than cars.