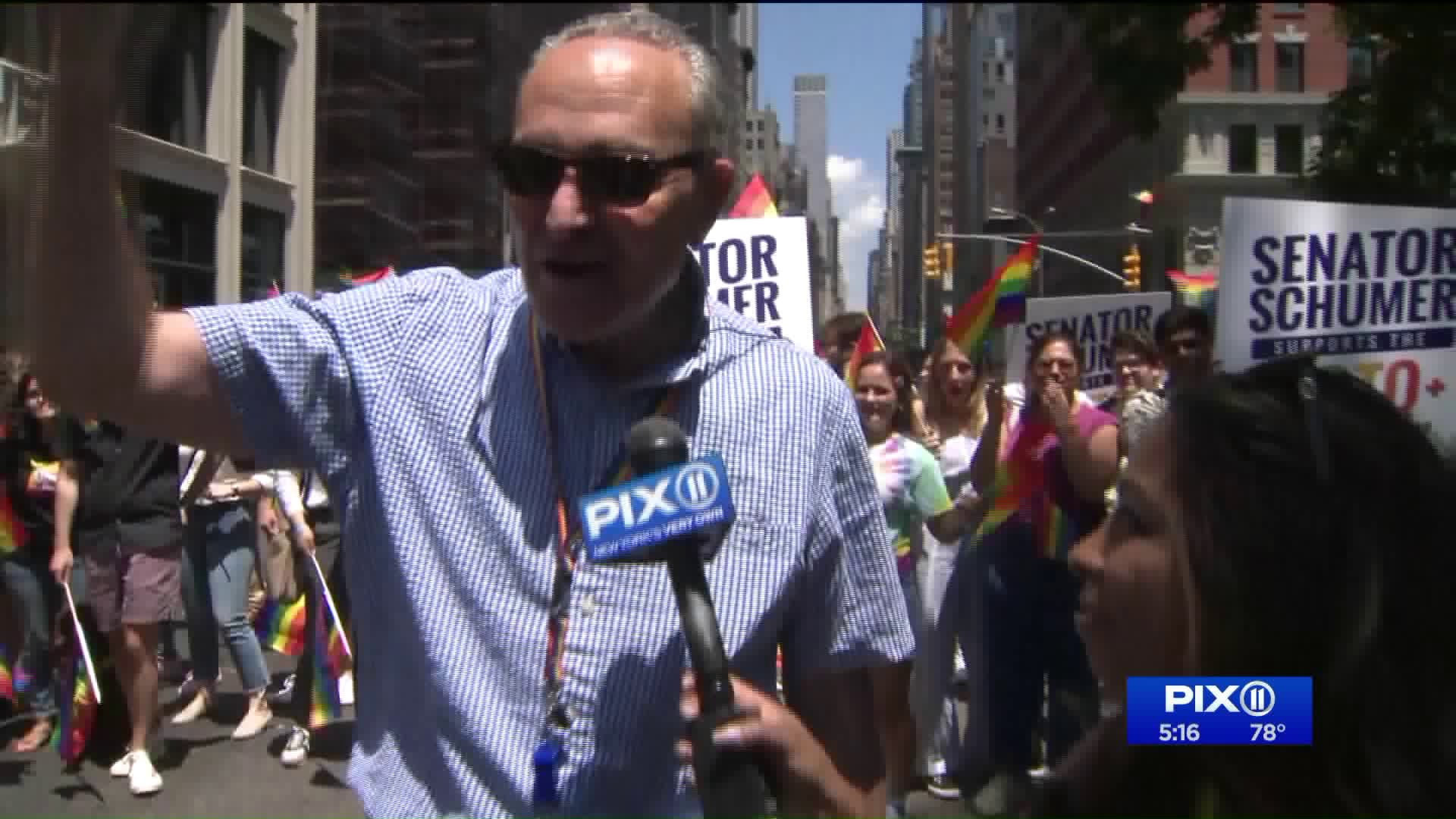 New York Gov. Andrew Cuom signed legislation at the March. It would bar people who attack or kill a gay person from arguing they panicked over their victim`s sexuality. Sen. Chuck Schumer and Mayor Bill de Blasio were also there.

The panic defense asks a jury to find that a victim's sexual orientation or gender identity is to blame for a defendant's violent reaction, including even murder.

"New York has always been the home of the LGBTQ equality movement, always," said Gov. Mario Cuomo, signing the ban into law. "It all started here. It started at Stonewall. It started when we hosted the first Pride Day ever. And we've kept that legacy alive. This is the leading State in the United States of America for LGBTQ equality."

Signing the legislation was "the best way to kick off the #PrideNYC march," Cuomo tweeted.

One of the nation's most recognized cases in which the strategy was applied is that of Matthew Shepherd, an openly gay Wyoming college student who was beaten and left hanging on a fence post by two men in 1998.

One of the defendants argued that he acted out of fear generated by an alleged sexual advance by Shepard, who died five days after the assault.

New York City is playing host to WorldPride, the largest LGBTQ celebration in the world.

It's the first time WorldPride is being held in the US, and it's taking place during the 50th anniversary of the Stonewall riots, generally highlighted as the flashpoint that started the modern gay-rights movement.