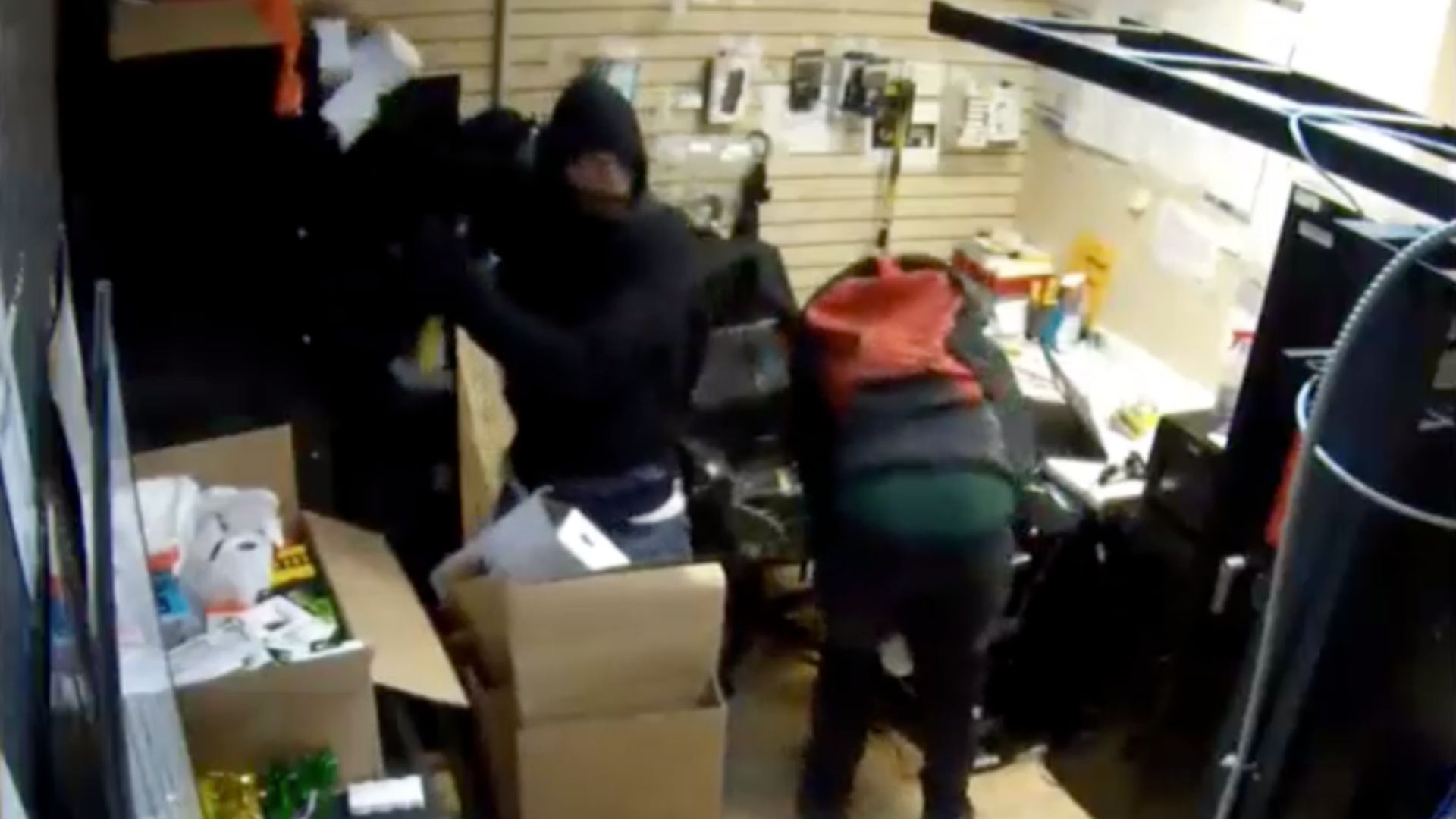 Police are looking for two men caught on surveillance footage stealing cellphones and laptops from a Sprint store in Brooklyn, they say.

BEDFORD-STUYVESANT, Brooklyn — Police say they're looking for two men who were caught on a Sprint store in Brooklyn's security camera stealing electronics after breaking through a wall to get inside before the store opened.

According to authorities, an employee at the phone shop, located at 1271 Fulton Street in Bedford-Stuyvesant, discovered missing merchandise upon arriving to work and contacted police just at 11 a.m. Tuesday, June 18.

An investigation revealed that two unidentified men had gained access to the store before it opened, around 6 a.m., by breaking through an adjoining wall, police said.

Once inside, the men were caught on camera stealing several cellphones and laptops, all of which had an estimated value of approximately $1,600, authorities said.

Police said the men fled on foot and their current location is unknown, but have released the above surveillance footage.