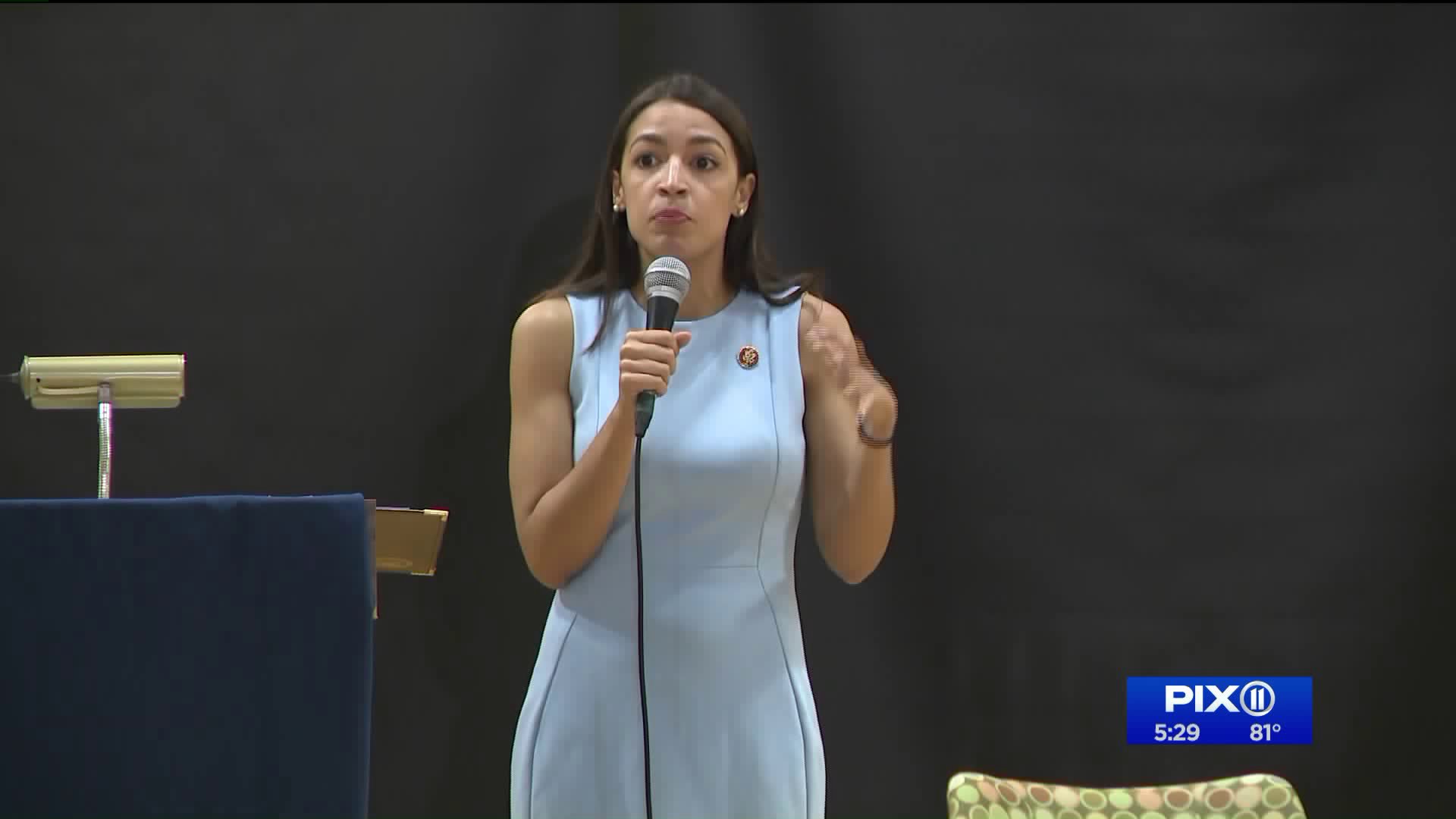 Magee Hickey attends a town hall with the freshman congresswoman.

CITY ISLAND, the Bronx — She is the youngest woman ever elected to Congress, and one of the the most high profile.

And on the gorgeously sunny Saturday afternoon on City Island, more than 200 people instead chose to be indoors at a community town hall at P.S. 175 to talk about health care with their newest representative: 29-year-old Alexandria Ocasio-Cortez.

Ocasio-Cortez is a self-described Democratic socialist who believes in Medicare for all.

“I'm a nurse by profession, and only when I myself became disabled, did I become aware of the much broader need that our population requires, ” said Rabia Graney, speaking from her wheelchair.

The questions ranged from disability rights, to growing your own food, to how to make sure that the Bronx  — whose eastern corner is part of Ocasio-Cortez’s 14th Congressional District, as well as north central Queens — gets the healthcare its residents need.

"I asked the congresswoman, how is she addressing the fact that the Bronx is ranked 62 out of 62 in all New York State counties in terms of health outcomes and health factors, and how is she prioritizing the Bronx in light of that standing," said Charmaine Ruddock, a participant at the town hall.

Afterwords, as the congresswoman posed for pictures with constituents, both the politician and the voters weighed in on what they had learned.

"I thought it was good," said Ruddock, when asked her opinion on the town hall. "I thought her answers were not the usual political kind of speak."