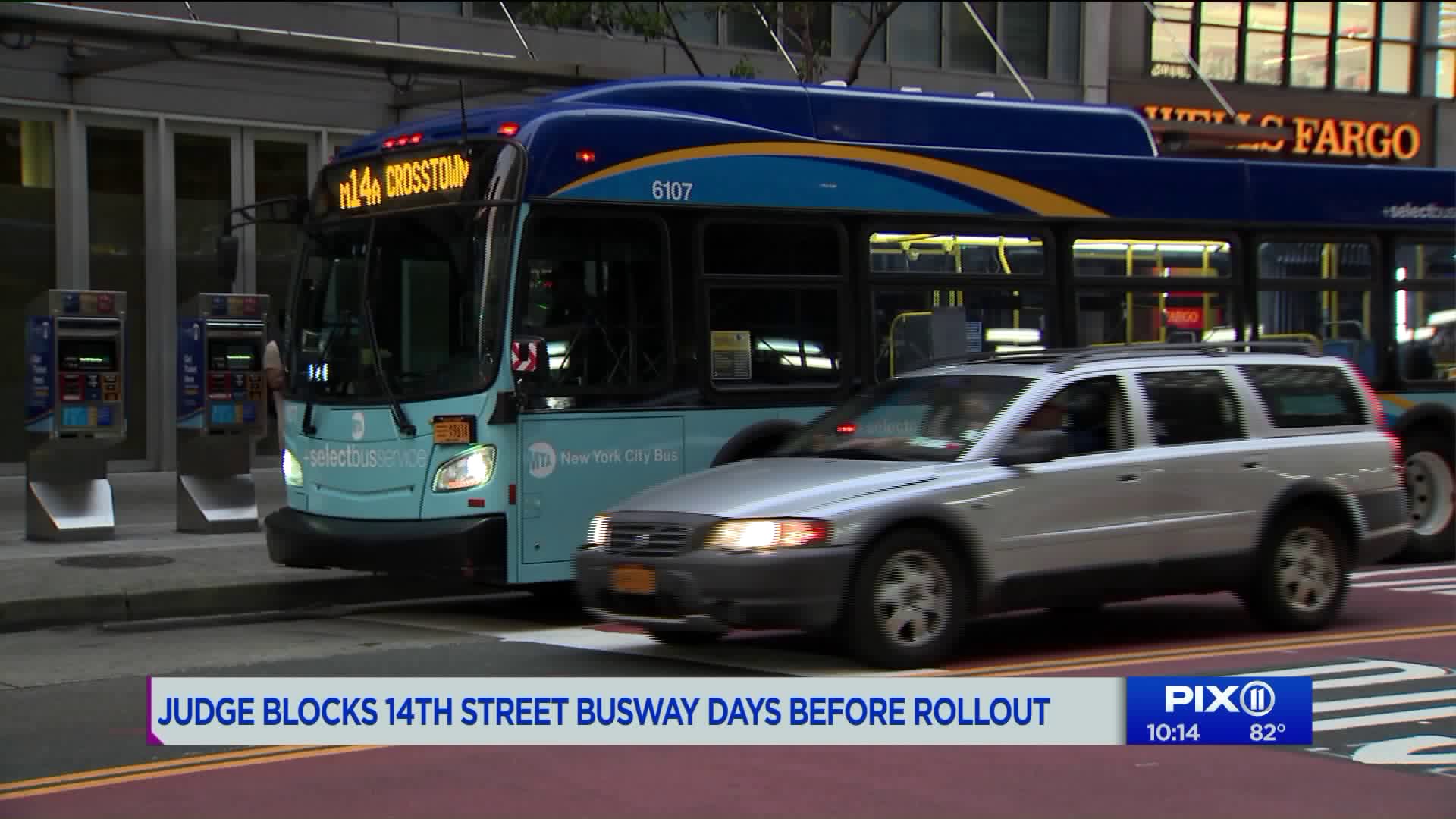 The city has been forced to put the brakes on the 14th street busway, which was supposed to launch Monday.

MANHATTAN — The city has been forced to put the brakes on the 14th Street busway, which was supposed to launch Monday.

"The air quality, the noise quality, people get frustrated when traffic starts to back up and blow horns, it adds more pollution," said Julianne Bond, who lives in the West Village.

A state Supreme Court judge ruled against the bus throughway Friday after residents in the West Village, Chelsea and Flatiron district filed a lawsuit claiming it violated state environmental law because a proper review to see how it would impact the area was not done.

Bond is a plaintiff in the lawsuit.

“We think the judge did the right thing, holding the DOT to the requirements of the law," said Bond Friday night.

“There’s no question that the 14th Street busway they wanted to create was gonna divert cars and trucks onto side streets that residential people like me live on,” he said.

According to the city, the bus and truck way on 14th Street -- which would have run from 3rd to 9th avenues -- would have sped up bus rides, especially during the L train slowdown.

The department of transportation maintains that it conducted a thorough review and released a statement to PIX11 that reads in part:

“Today’s disappointing ruling will affect tens of thousands of M14 bus riders each day. We understand from MTA that M14 Select Bus Service will be moving forward this Monday, but the ruling means that for the first time ever, SBS will operate without the trademarked dedicated lanes that have dramatically increased bus speeds and reliability on SBS routes around the City.”

The city says the injunction will not impact MTA’s select bus service which will begin as planned Monday. Attorney Schwartz says the busway is just a bad idea altogether for residents.

“If speeding up buses at the expense of my kids breathing soot in their lungs, the buses can be 1 mile an hour slower,” said Schwartz.

The Department of Transportation says they will provide the courts with all necessary information they need to show they followed correct procedures. They want the project to move forward.