Inside Stonewall: One-on-one with Corey Johnson 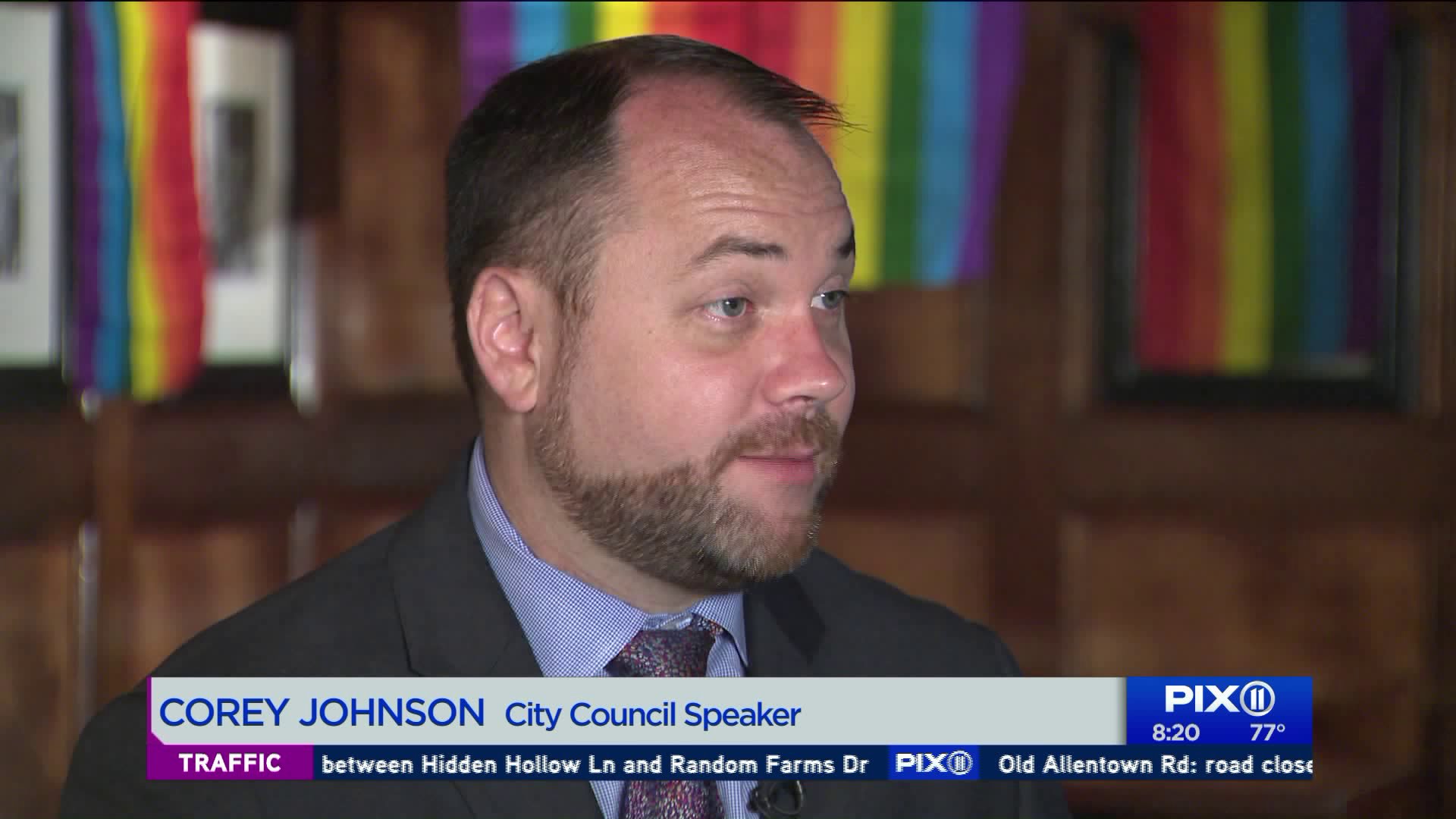 Dan Mannarino sits down with Council SPeker Corey Jodnson on what it was like coming out.

If you didn't know, Johnson is openly gay and the only HIV-positive elected official in New York, who has quite the journey and a story to tell, as the city and country marks fifty years since the Stonewall Riots, where the flame was lit for the modern LGBT civil rights movement in America.

"Many of them were transgender women of color," reflects Johnson.

"Many of them were people who have been marginalized or oppressed, harassed and targeted by the police and government for years and years."

Sitting down inside the Stonewall Inn where it all began, Johnson reflects on the groundwork that inspired a then 16-year-old high school football player to open up and come out. It was not easy.

"I grew depressed, despondent and eventually suicidal," reflects Johnson who says those feelings and thoughts came from holding in such a secret.

"It was 1998, marriage equality did not exist anywhere in the United States."

It was also six months after Matthew Sheppard, an openly gay college student, was beaten, tortured and left to die near Laramie, Wyoming. Despite this, Johnson still felt it was the right time to do it.

First, he came out to his parents, which he says was the easy part — They immediately accepted him for who he is. Next, came grandpa.

"He said Jesus, Mary and Joseph, I thought you were going to tell me you were a Republican," says Johnson.

"He said you can be gay, you just can't be a republican or vote for a republican, and you'll be good in my book."

Shortly after, the star high school football player sat down in his Boston high school locker room and told the entire team. He said at first, you could hear a pin drop.

"Eventually someone raised their hand and said ‘Corey you are our friend, you're a good football player and that's all that really matters.’"

Within minutes of telling the team, the entire high school knew.

Then, the country as the media picked up his story of a brave high school student who was defying the odds.

"It was like an anvil was lifted off me because I had been for years so scared and fearful that people were going to find out my secret," says Johnson.

And those thoughts of suicide slowly disappeared.

Fast forward a few years, Johnson dropped out of college and moved to the place that inspired him to come out, New York City.

If you are a New Yorker, you should know the store ABC Carpet and Home, and that is where Johnson got a job as a salesman to help pay the bills.

It's a job Johnson says he did not enjoy.

At the age of 22, while working at that store - Johnson went for a routine physical where he got the news that would forever change his life.

"I found out that I was HIV-Positive," says Johnson.

"Two weeks after I lost my job and then my health insurance. "

Corey turned to self-medicating since he had no insurance. That meant drugs and alcohol.

"I was covering it up with alcohol and cocaine.  For me, it was mostly ABC – alcohol became cocaine."

On July 13, 2008, there was a serious mind shift and Johnson decided he would become sober.

He has not touched drugs or alcohol since, and most recently quit smoking cold turkey, which he has been documenting on social media.

In the years after, he turned to politics, becoming a community board member, a city councilman and now Speaker, looking to fight for all New Yorkers, including the LGBTQ community.

Just a few weeks ago, he called for the NYPD to apologize for what happened inside Stonewall.

"I thought it was very significant," says Johnson.

However, with so much progress that has come since Johnson's coming out - he says there is still so much work to be done.

"What we have seen the last few years is the real targeting of the LGBT community, the transgender military ban, discrimination against gay couples and gay families across the country. There is still a lot of work to be done."

So, while this weekend is a celebration, Johnson says there are a heck of a lot of emotions flooding him as he gears up for the pride march.

"To me, pride is really a celebration of our community in an unbiased self-expressive way.  So it's celebrating but it's taking stock in the progress we've yet to make in our society and even in our city."