On the year’s hottest day so far, people were left out in the heat for hours when a city pool had to delay its opening 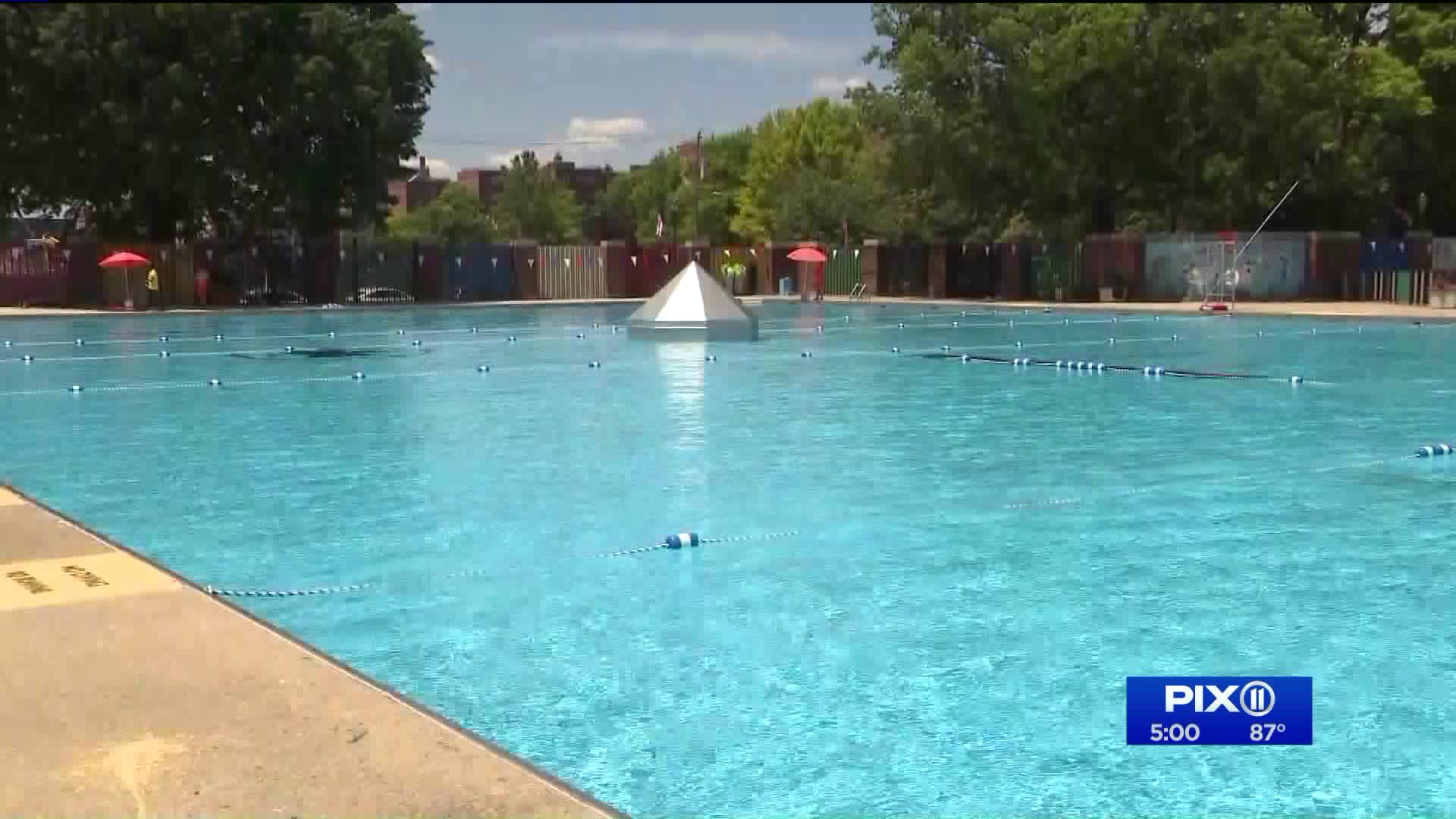 It was the first day of the season for New York City public pools. THey alone will serve nearly two million swimmers this summer.

RED HOOK, Brooklyn -- New York City's 53 outdoor public pools opened on Thursday morning, which happened to be the hottest day of the year so far, but it didn't work out well for a few hundred people who'd lined up to enter the Red Hook Park Pool.

They were all denied entry to the facility even though it was slated to open -- like all of the other pools citywide -- at 11:00 a.m.

"We've been waiting since 10:30," said Nancy Malave, who, at 12:30 p.m., was near the front of the line to get into the Sol Goldman Recreation Center, where the pool is located.

The line snaked down the block on Bay Street, and around the corner to Henry Street.

"This has been on and off," said Gloria Montalvo, who'd also been waiting in line for hours, referring to information that was being passed down the line about a possible opening time.

The manager of the pool told PIX11 News that the facility needed "a mechanical part" in order to operate, and that, as of 1:00 p.m., that part had not yet arrived from Bedford-Stuyvesant.

"Get organized before time," Malave said. "Have it ready a couple of days before. [Don't wait until] opening day," was her advice to the Parks Department.

For its part, a department spokesperson told PIX11 News that it has to ensure that its pools are safe to use before letting people in.

In the meantime, rumors were shared in line that the pool was lacking the required number of lifeguards.

The Parks Department wanted to make sure to put that rumor to rest.

Finally, at around 1:20 p.m., the pool opened unexpectedly.

By that point, dozens of people had left the line, and had gone elsewhere to try and cool off.

The pool is one of 13 in operation in Brooklyn until Sept. 8. There are 40 more pools open citywide.

Each pool offers free lunches for children, as well as free admission.

They also offer free swimming lessons and aquatic classes for people of all ages and abilities -- including for people with disabilities -- throughout the summer.