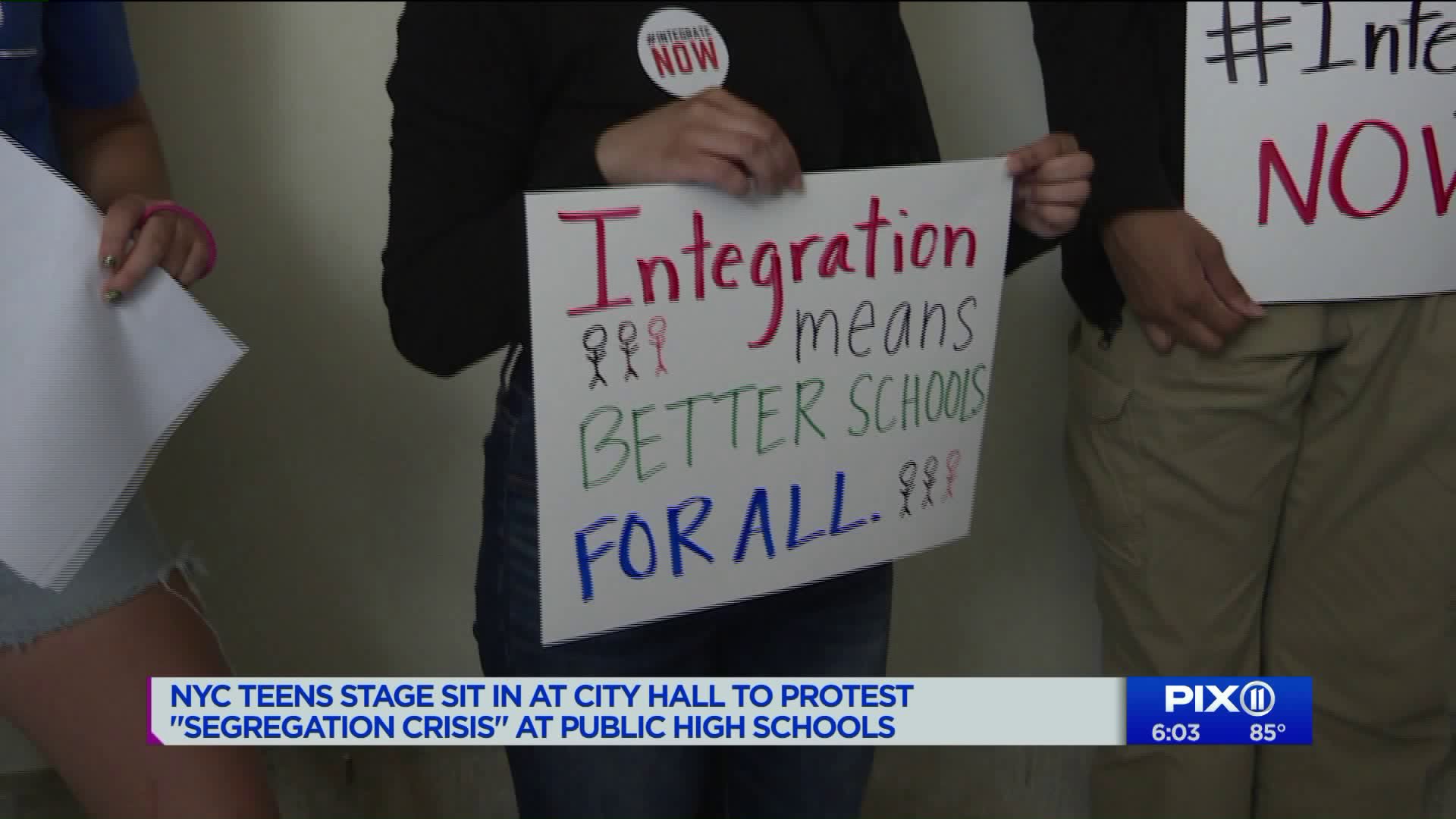 Student activists are caling for action against segregation at city schools.

CITY HALL — As the school year wound down for public school students citywide, teen advocates ramped up their efforts against what they say is rampant segregation that continues to fester at public high schools.

Nearly two dozen students with the organization Teens Take Charge staged a sit-in inside City Hall, taking aim at what they call the city’s slow paced response to the “segregation crisis”.

When you look at the numbers, two-thirds of public school students are Latino or black and the remaining 1/3 are white or Asian.

But when it comes to the city’s eight specialized high schools, the scenario is quite the opposite where only 23% of Latinos and blacks account for the student population.

The students at the protest say the issue reaches far beyond those eight schools, calling the admissions process at the city’s 400 high schools “problematic.”

“Right now we are talking about students who do well on their state test scores [shouldn’t be] concentrated in certain schools. Students who don’t do well [shouldn’t be] concentrated in other schools because there’s a lot of segregation in terms of academics and racial statuses and socioeconomic backgrounds,” co-founder of Teens Take Charge Nelson Luna said.

Council members Brad Lander and Mark Treyger were also on-hand, supporting the students’ and their cause.

“There are certain schools in certain areas that have a lot more resources and a lot more opportunities for kids and that is wrong,” Treyger said.

While students took a seat inside, outside a counterprotest called for the firing of Schools Chancellor Richard Carranza, saying his proposed plan to change the admissions process at specialized high schools - currently based on state test scores - is penalizing students for performing well in school.

“All his policies are pretty much all divisive, pitting one minority group against another,” Linda Lam, a Parent of a Stuyvesant high school student, said.

Earlier this month, Mayor de Blasio announced that the DOE will adopt a number of proposals recommended by his diversity task force.

That finalized plan is expected to be rolled out in the next few weeks.