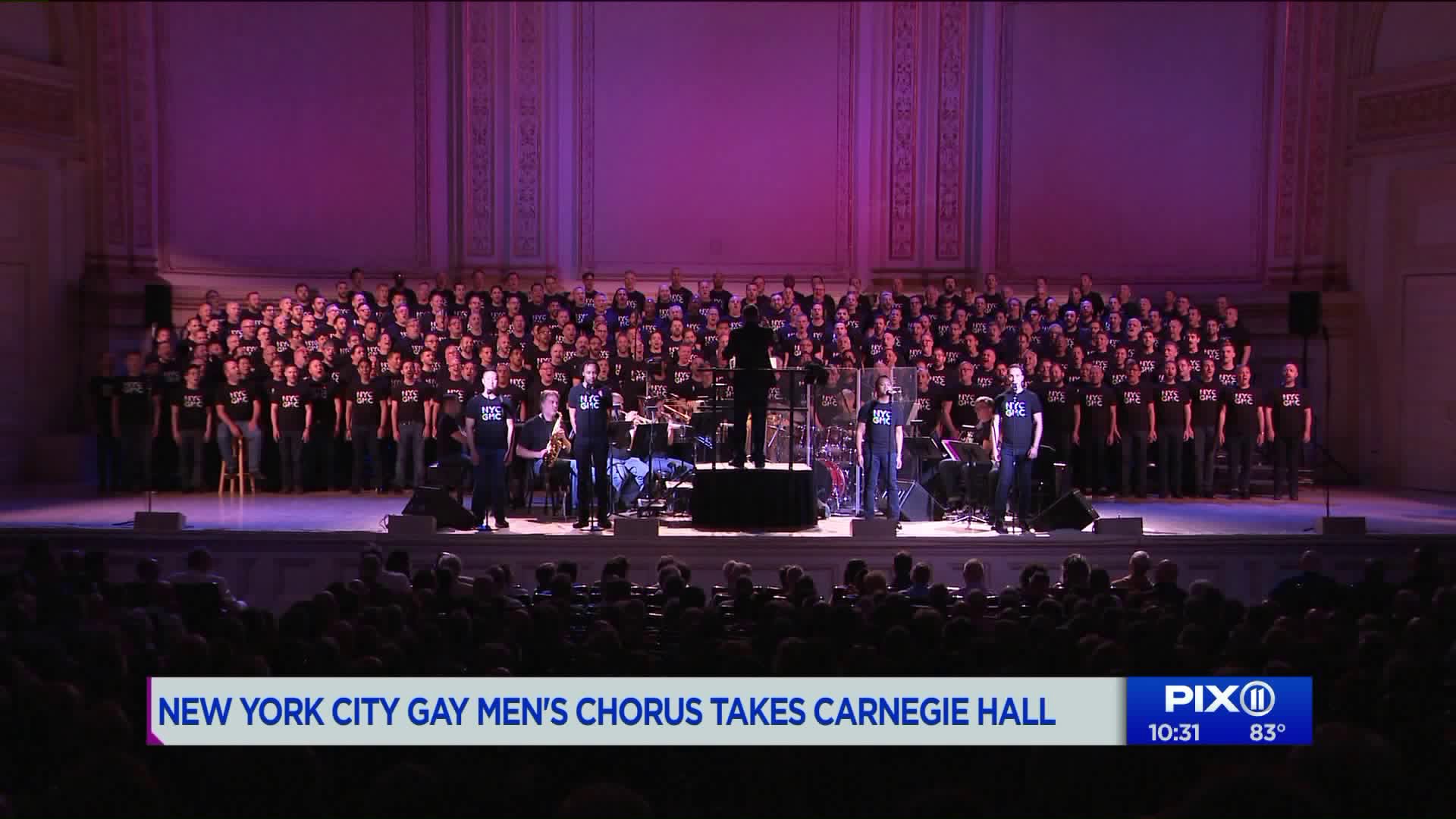 The soothing sound of the New York City Gay Men`s Chorus filled the hallowed halls of Carnegie Hall this evening.

564 members of the chorus with visiting members from all over the country presented "Quiet No More" to commemorate the 50th anniversary of the Stonewall uprising. The choral suite was written by six LGBTQ composers in 8 movements. One of those composers is the legendary Ann Hampton Callaway, who wrote "What If Truth is All We Have."

"It was so wonderful to put my whole life into this piece," said Hampton Callaway.

PIX11 was with the chorus a week ago when we were invited to to their rehearsal for tonight's performance.

"Quiet No More" took two years to put together and has been sung by 25 choruses across the country in just the past three months. It is meant to inspire, educate and move people to action.

"The audience have been taken to a different place in the piece and understand more about the uprising and what it was and also realize now is the moment we need that Stonewall spirit."

"The piece is about courage to fight back, which is what Stonewall is about," said Timothy Stewart Winter, a chorus member.

Through choral singing and the spoken word Quiet No More expresses the emotions of the community when the police raided the iconic gay bar in 1969 leading to 6 days of riots and sparking the modern gay rights movement.

It was a stirring two hour performance and the show was sold out.