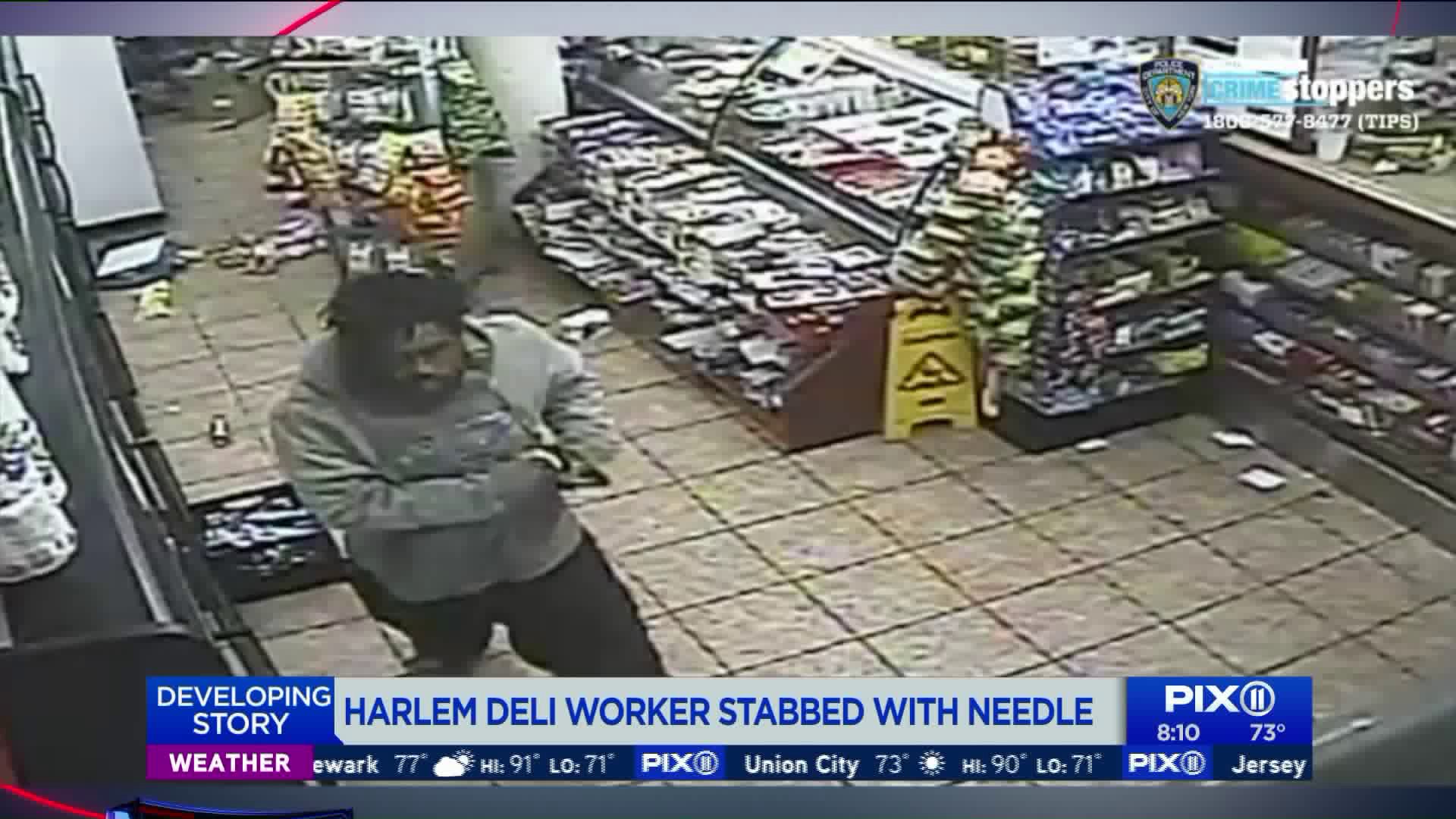 Two employees at a Harlem deli were stabbed with a hypodermic needle after confronting a man attempting to steal from the store Wednesday. Anthony DiLorenzo has the latest. 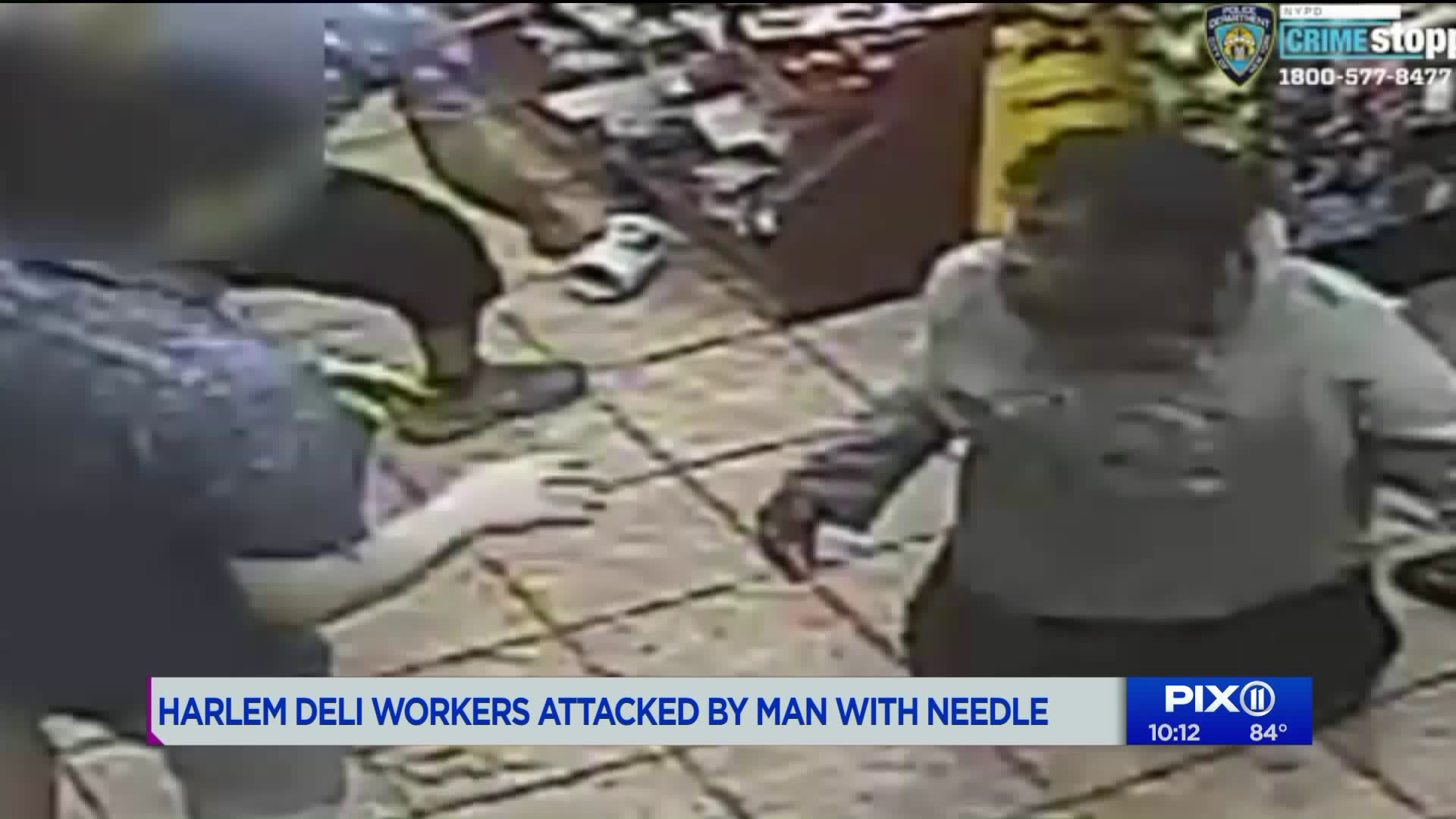 HARLEM — Two employees at a Harlem deli were stabbed with a hypodermic needle after confronting a man attempting to steal from the store Wednesday, police said.

When the two store employees, a 24-year-old man and a 16-year-old boy, attempted to stop him from leaving, a physical altercation ensued, according to authorities.

During the struggle, the would-be thief stabbed both workers with a hypodermic needle before fleeing the scene northbound on Broadway, toward Tiemann Place, police said.

Authorities said EMS responded and both deli employees were transported to NYC Health + Hospitals/Harlem where they were treated for minor injuries and released.

The NYPD has released the above surveillance footage of the incident, and describe the man they're looking for as about 30 years old, standing about 5 feet 10 inches tall, weighing about 250 pounds, with a beard, brown eyes and black hair. Police said he was last seen wearing a gray hooded sweatshirt, black sweatpants, and brown sandals.