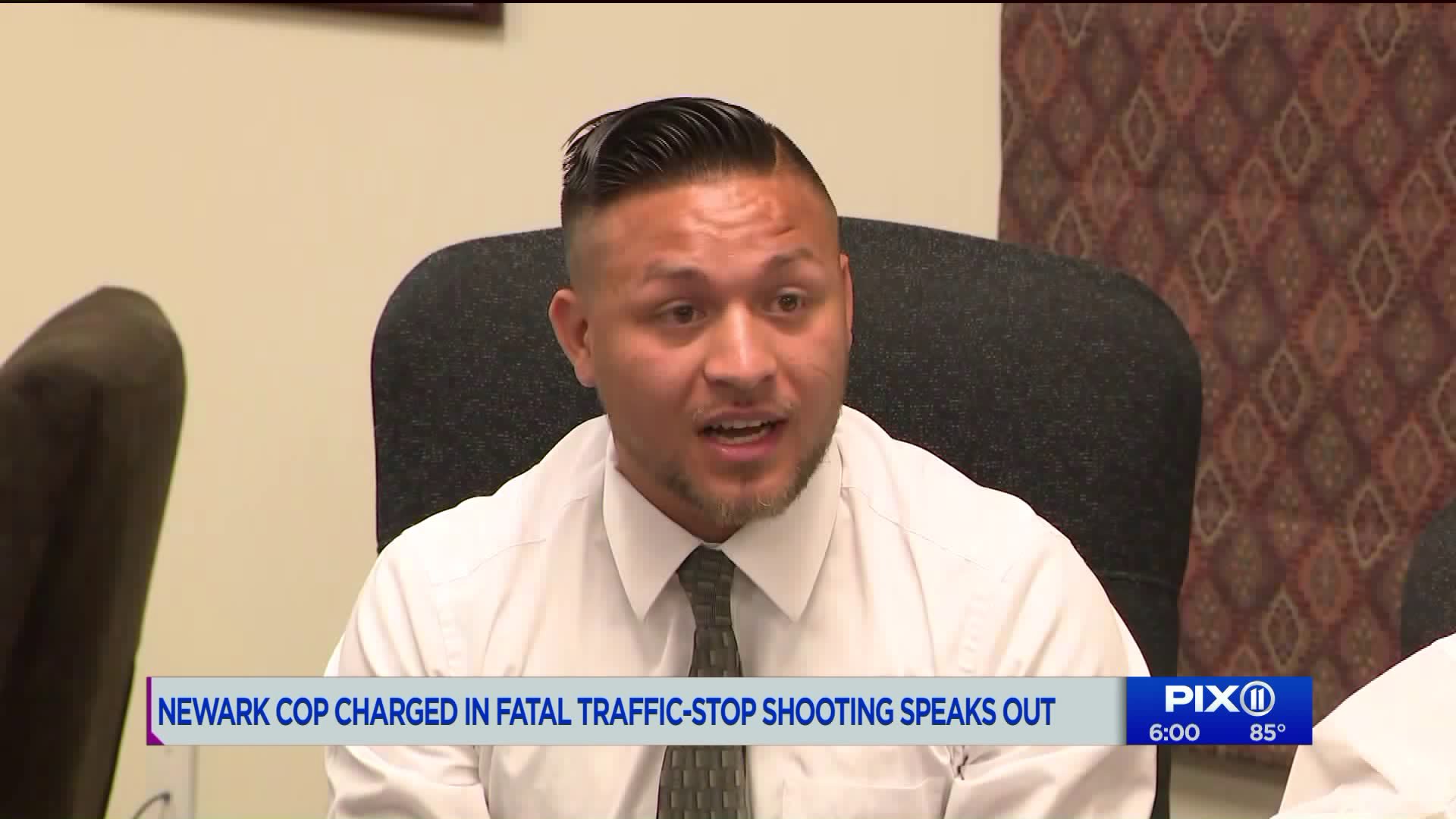 Representatives for Officer Jovanny Crespo, 26, argued during a news conference he "did the right thing" and was protecting the citizens of Newark. It was the first time Crespo spoke out publicly since the shooting.

NEW JERSEY — A Newark police officer charged in the on-duty shooting of two men in January during a police chase said Wednesday he did what had to be done to protect the community.

Representatives for Officer Jovanny Crespo, 26, argued during a news conference he “did the right thing” and was protecting the citizens of Newark. It was the first time Crespo spoke out publicly since the shooting.

On Jan. 28, Crespo, a rookie cop, shot Gregory Griffin, 46, and Andrew J. Dixon, 35, when a car driven by Griffin fled the scene during a traffic stop, made by a different Newark officer, near Clinton Avenue and Thomas Street in Newark, according to prosecutors.

When the two men drove away in the vehicle, the initial officer radioed that they were fleeing and that she saw a gun, which led to a pursuit involving multiple police cars, officials said.

Authorities said Crespo, the only officer to discharge his weapon, fired shots at the fleeing car, shooting both Griffin and Dixon in the head. While Dixon suffered serious injuries but survived, Griffin died from his injuries at University Hospital the next day, Jan. 29.

Crespo has been charged with aggravated manslaughter, aggravated assault, two counts of possession of a weapon for unlawful purpose and two counts of official misconduct for the shooting. Prosecutors say he showed disregard for human life.

He has pleaded not guilty.

Retired New York homicide detective Bo Dietl is one of the defense expert witnesses in area of law enforcement and use-of force, and told reporters Wednesday he was not planning on getting involved in the case until he saw the full video of the incident.

"[You] need to understand what was leading to that night," he said, arguing that police were told to be on high alert in the area following a dramatic spike in crimes, including reports of stolen cars and a shooting at a vigil that injured four women.

Dietl argued Crespo risked his life and “took it upon himself to keep going” after the vehicle and is now, “being treated like a criminal when he put his life on the line.”

Crespo “should be getting an award” for his heroic actions, Dietl added.

Despite regulations stating officers should not fire at moving vehicles, Dietl and Crespo’s attorney said it can be done as a last resort to prevent imminent death.

"He had every right to shoot at the car under attorney general guidelines, unless Griffin and Dixon were coming back from confessing [their crimes]," Dietl said. “These two men were not stopping the car until someone was tragically killed."

Crespo remains adamant, "I knew I did the right thing. I was in there [jail] for no reason."