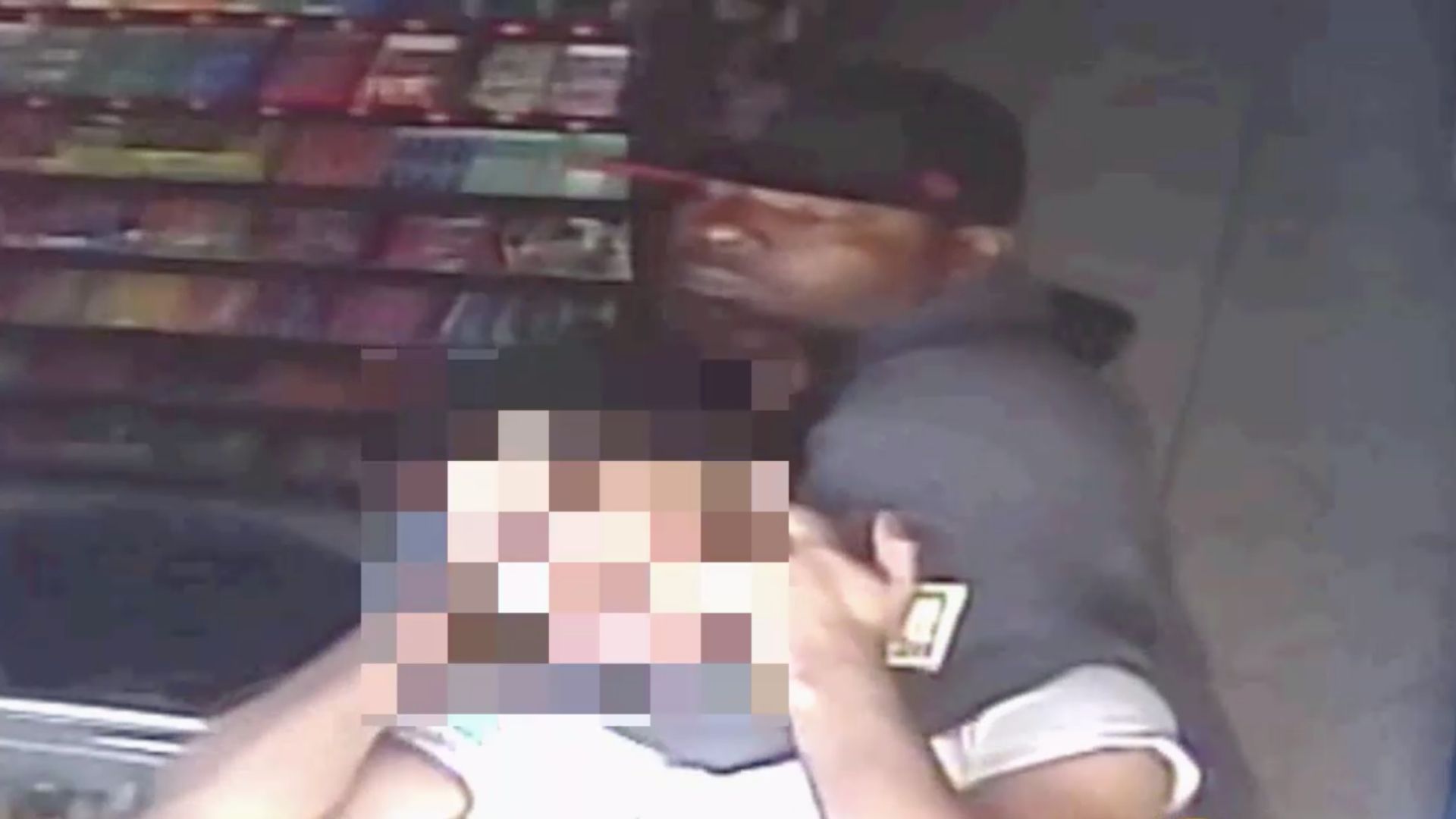 Raw surveillance footage of a violent robbery of a convenience store in Rego Park, Queens, on June 15, 2019. Police said they have arrested one man involved but are still looking for the man seen in this footage choking the store clerk. 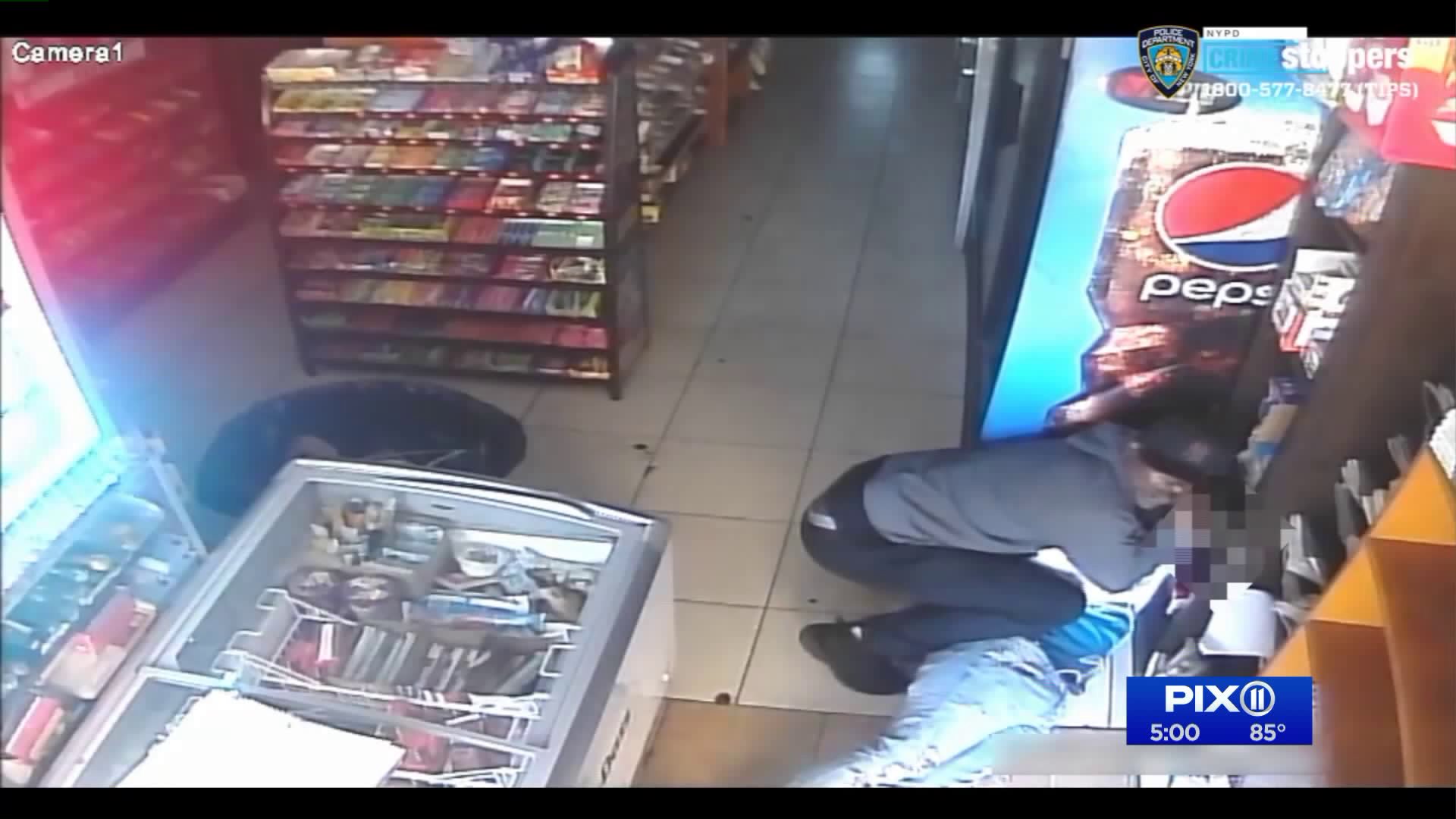 REGO PARK, Queens — Police have arrested one man but are still searching for another involved in a violent robbery of a convenience store in Queens that left the clerk with stab wounds to the neck earlier in June, authorities said.

On Saturday, June 15, around 7:20 a.m., a 21-year-old man was working at a Rego Park convenience store located at 98-51 63rd Road, when an unidentified man suddenly began choking him and then dragged him to the floor, police said.

A second man, who has since been arrested, stole $2,200 from the store's cash register before both men fled the scene, according to police.

Authorities said the clerk suffered stab wounds to the neck and was transported to NewYork-Presbyterian Queens hospital.

Police said they're still looking for the first man, seen in the above surveillance footage choking the store clerk, and describe him as being about 25 to 35 years old.