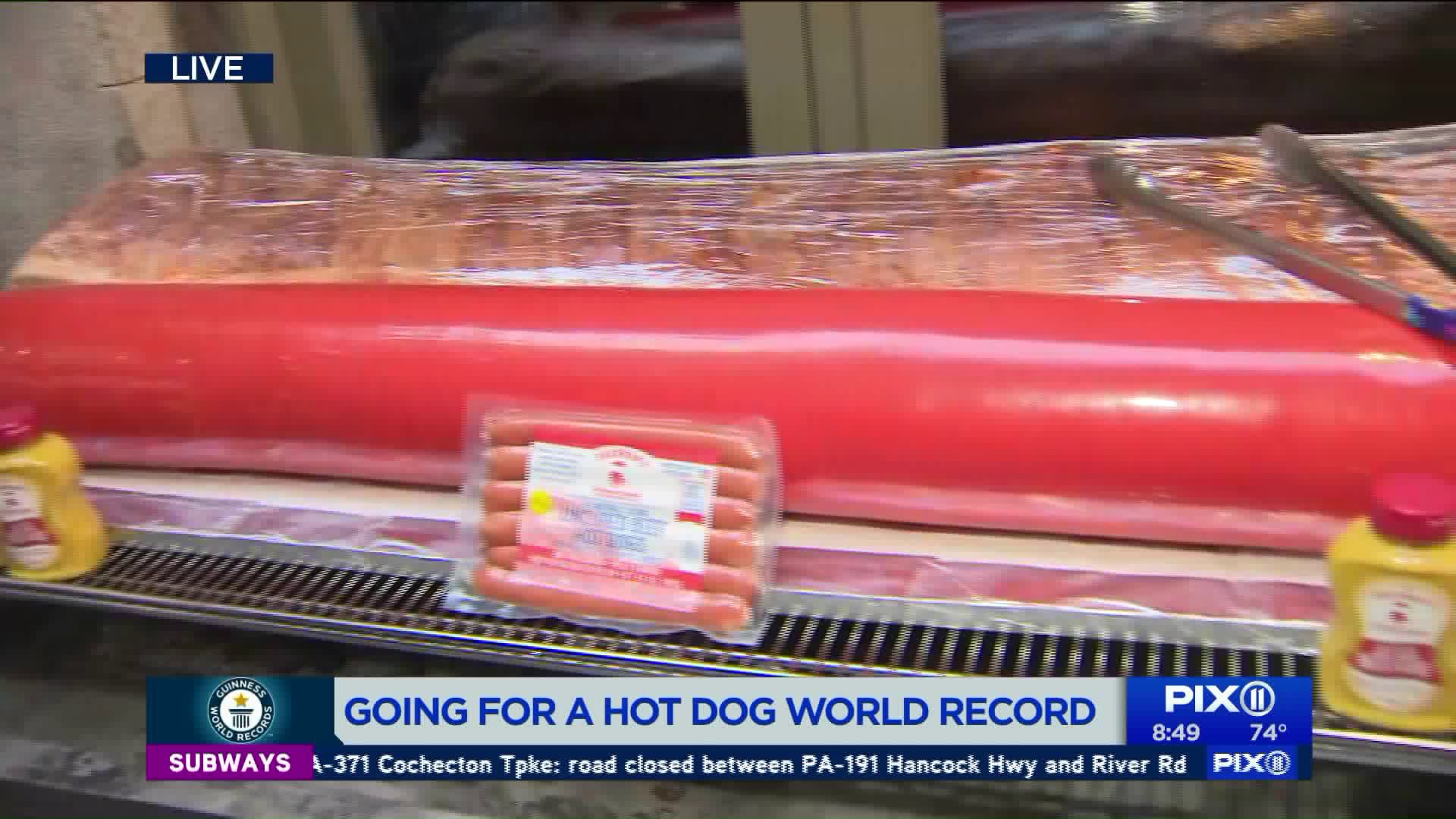 It has been 152 years since Charles Feltman introduced Coney Island beachgoers to the hot dog back in 1867. Feltman's plan on marking the occasion by unveiling a gigantic, 120-pound all beef frank, measuring at 5 feet long and 2 feet wide. The gigantic hot dog will be displayed on a 6-foot grill at Ulysses' Restaurant located on 95 Pearl St. in Manhattan.

Following the official weigh-in, Feltman's will be dishing out $10 slices of the record-breaking hot dog, which will be served on a 5-foot bun created by Michael's Restaurant in Brooklyn. All the proceeds will be benefiting the non-profit Headstrong Project, which provides cost-free mental health care to post 9/11 combat veterans.

Feltman's of Coney Island started off as a pie cart and expended in 1867 after their invention of the hog dog and later became the largest restaurant in the world in 1871. Feltman's is currently owned by Michael Quinn, a Coney Island native and historian.  As a veteran himself Quinn partnered with the Headstrong Project to raise awareness and proceeds to help veterans with PTSD and other mental health issues.