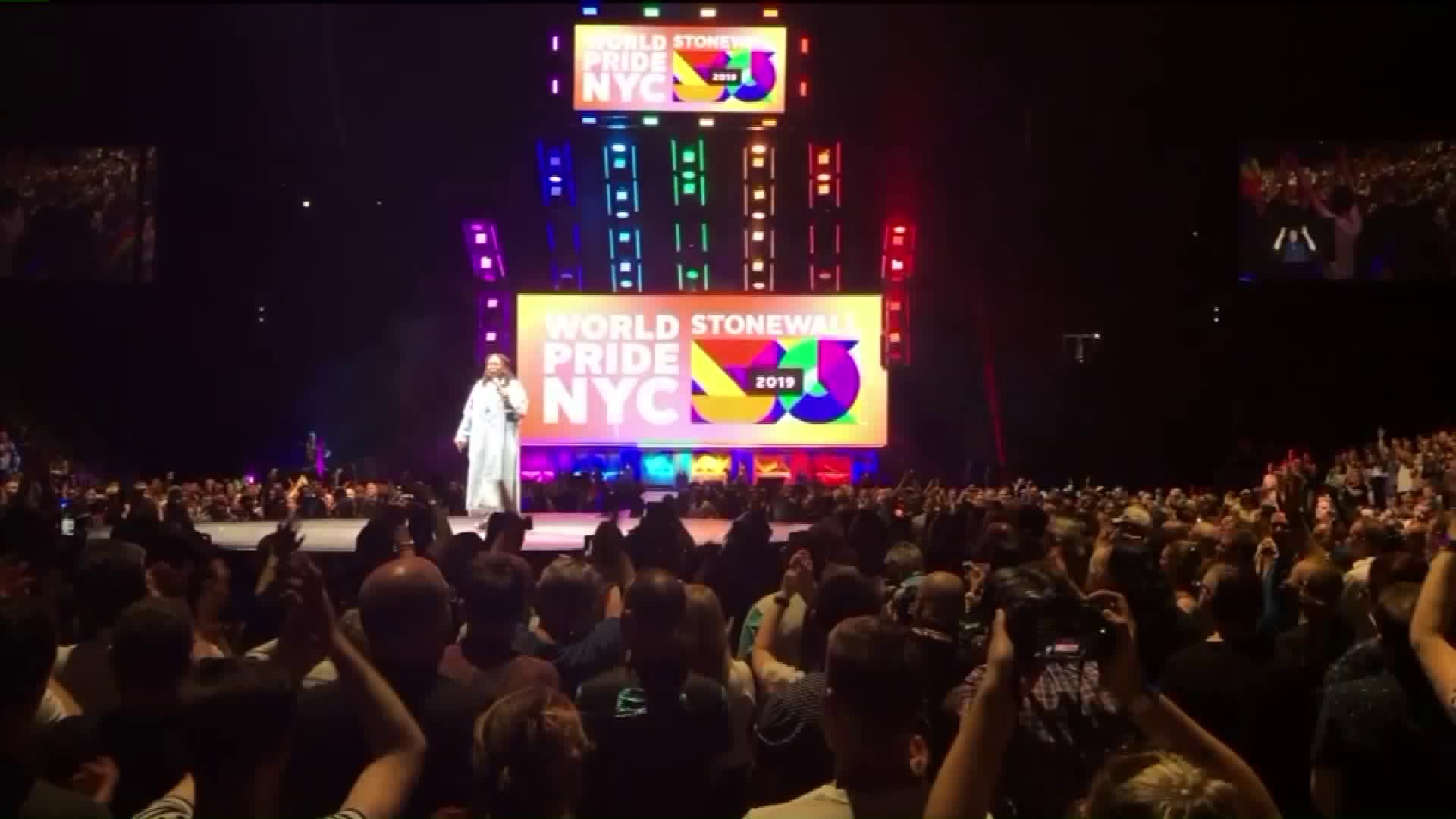 The stars are as bright as the Rainbow Carpet at Barclays Center Wednesday night.

BROOKLYN - The stars are as bright as the Rainbow Carpet at Barclays Center Wednesday night.

It was the Opening Ceremony for World Pride 2019. Only five other cities have hosted World Pride. New York is the first American city to do so.

A-listers like Billy Porter walked the Rainbow Carpet. The Tony and Grammy award winner dazzled in another one of his show-stopping outfits.

Porter is one of many celebrities who participated in a benefit concert. Proceeds go to several organizations: the Ali Forney Center, Immigration Equality and SAGE. The groups support and advocate for the LGBTQIA+ movement.

The parade route for the 2019 Pride March.

“Opening ceremony is a once in a lifetime event to kick off World Pride,” said David Studinski, the co-chair of NYC Pride.

The host of tonight’s event was Whoopi Goldberg, while the show was headlined by Cyndi Lauper

“Sometimes it’s a little scary to think how you’ll be received when you come out but just know the greatest thing you can ever do is choose yourself,” said actress Angelica Ross, when asked what advice she would give young people today wrestling with coming out.

New York City was awarded World Pride this year, in large part because June 2019 coincides with the 50th Anniversary of the riots at the Stonewall Inn when police raided the bar. The uprising is considered the birth of the modern gay rights movement.

“I’m unbelievably grateful to be here tonight to be an openly transgender black woman living my best life and I know people died for me to have the right to stand here tonight,” said actress Laverne Cox

World Pride culminates on Sunday with the Pride March. Millions are expected on the parade route.  Just as there is an opening ceremony, the closing ceremony will be in Times Square Sunday evening.