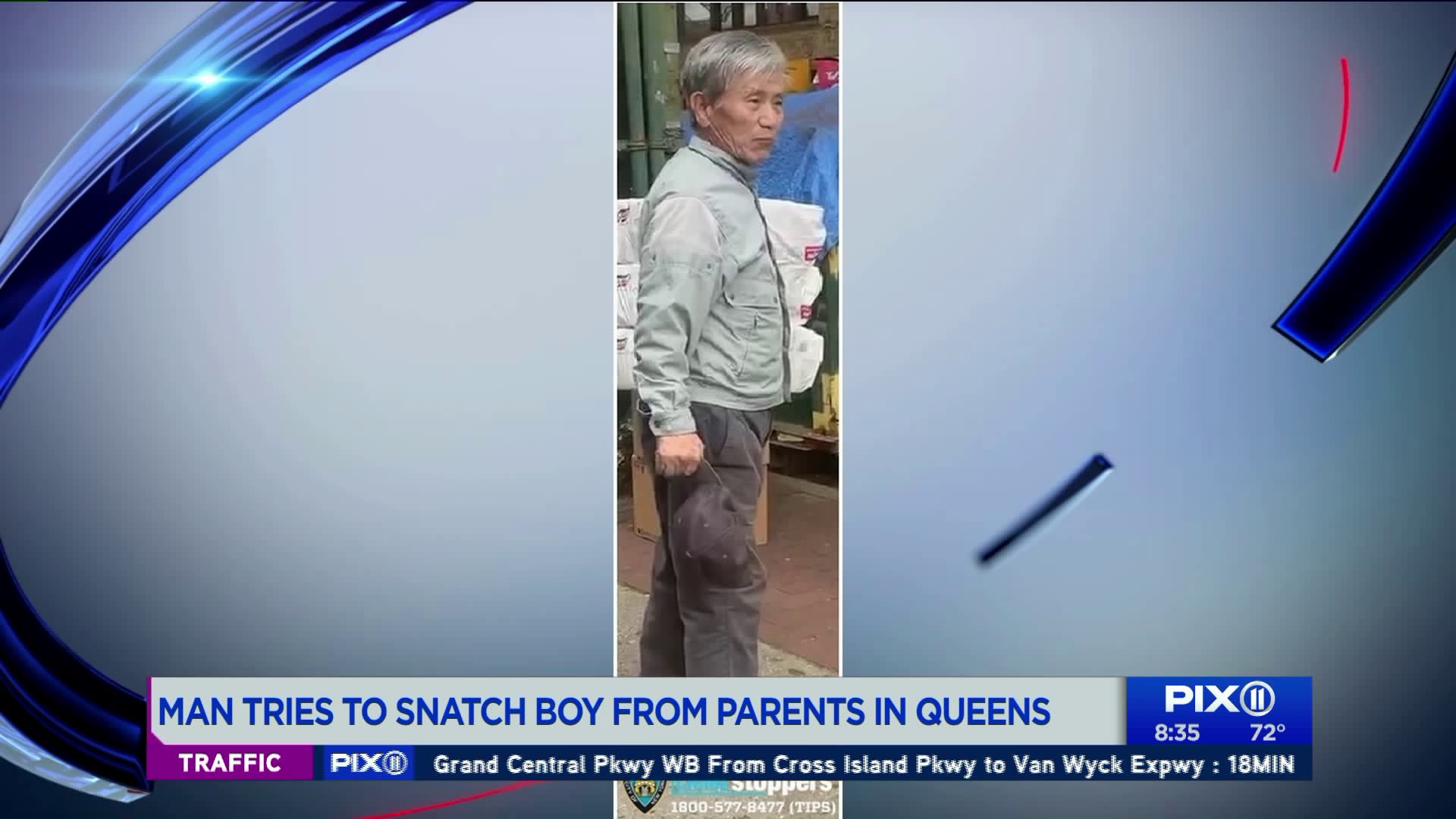 Police say a man grabbed a boy walking with his parents in Woodside, Queens, Monday, and attempted to pull him into a building. When the boy`s father confronted the man, the child was able to break free and the man fled from the scene, police said.

WOODSIDE, Queens — A Queens man was arrested after he allegedly grabbed a young boy from his parents in Woodside Monday.

Sang Lee, 76,  is accused of grabbing the 10-year-old boy by the arm while he was walking with his parents near Roosevelt Avenue and 59th Street.

Police said Lee attempted to pull the child into a building, but the boy’s parents intervened and pulled the child away.

Lee’s family told PIX11 News that they believe it was all a big misunderstanding.

PIX11’s Anthony DiLorenzo spoke with the man’s daughter Tuesday at the family’s home. She told him that her father, who is Korean, does not speak English and has Alzheimer’s or dementia.

Multiple neighbors in Woodside told DiLorenzo Tuesday that they know the man and they don’t believe he would have any ill intent.

After PIX11 talked with the man’s daughter, she requested DiLorenzo call the cops to the house so the family could sort it all out with the authorities.

Lee was subsequently taken into custody and faces charges of unlawful imprisonment and acting in a manner injurious to a child, police said.