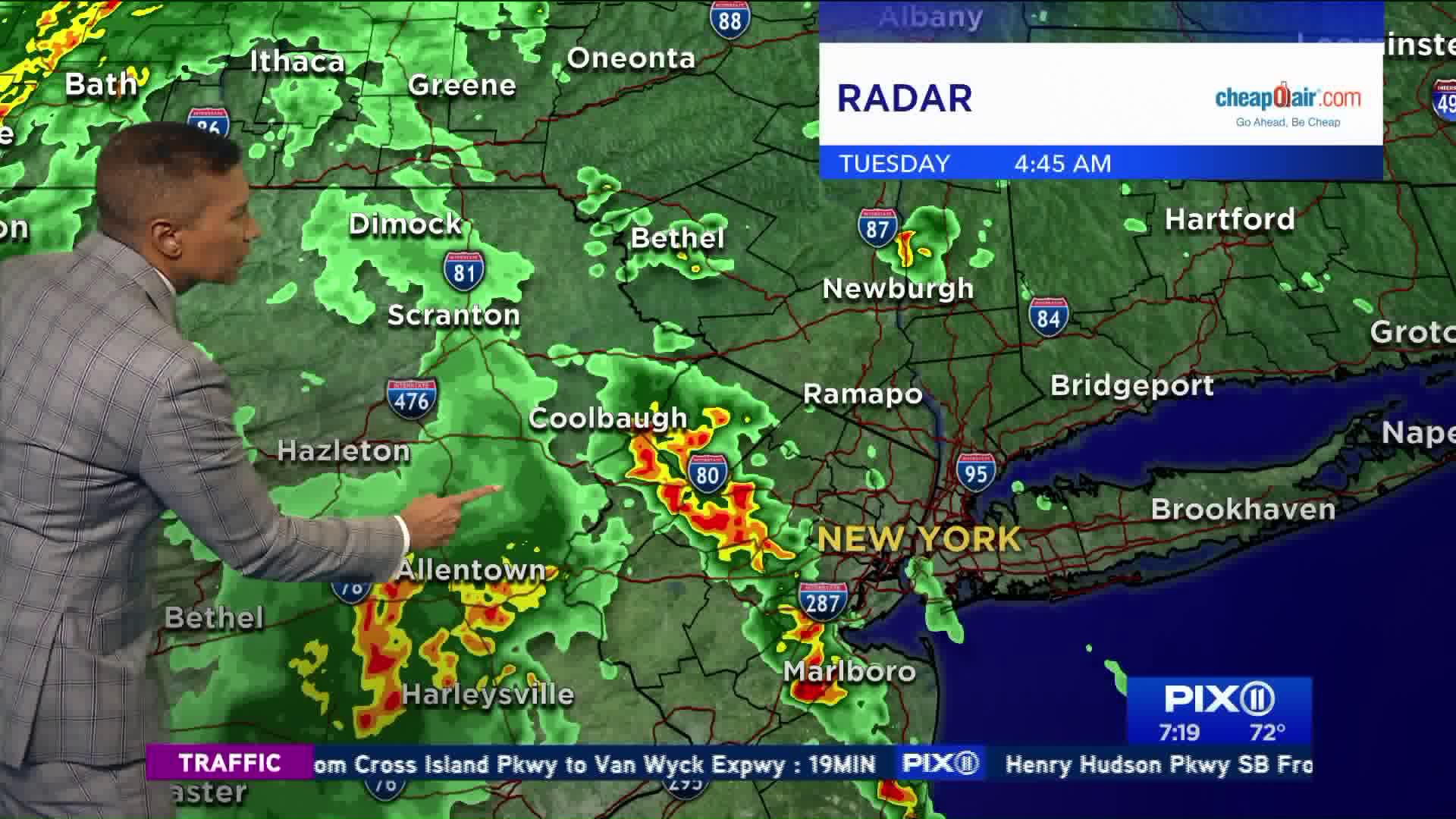 Heading into work this morning? Be prepared for a messy commute, as downpours and flood advisories are expected Tuesday morning.

NEW YORK — After heavy rain during the morning commute, the strong storms are expected to continue to move offshore.

As a warm front passes over the area. Expect periods of rain and thunderstorms, but they are not expected to last long. By the midday hours, we'll see mostly cloudy skies, with a chance of scattered storms.

Humidity will remain high. Combined with temperatures in the low to mid 80s, it will make for an uncomfortable day.

The rest of the week looks fine. The humidity backs off a bit on Wednesday, but it will still be on the sticky side. Temperatures will climb into the mid 80s under mostly sunny skies.

There are indications that the jet stream will lift well north on Thursday. For the first time this season, the region could get a taste of summertime heat and humidity. Temperatures will climb into the upper 80s on Thursday and Friday under hazy sun and clouds. It would not be surprising if high temperatures climb toward 90 during the afternoon. There could be shower chance late on Friday, as a frontal boundary starts to move into the region.