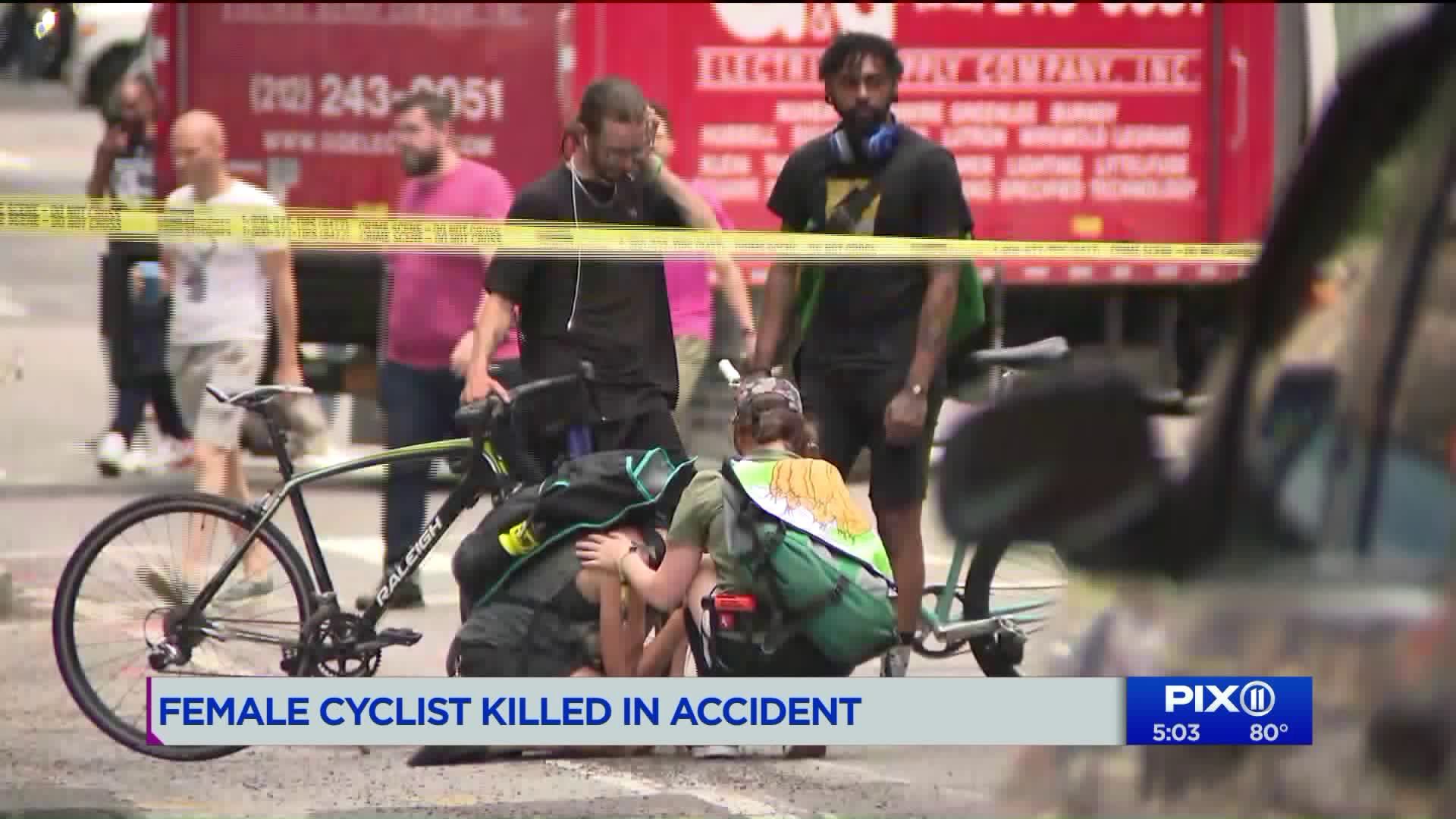 She was taken to Bellevue Hospital Center in serious condition but later died from her injuries, police said. 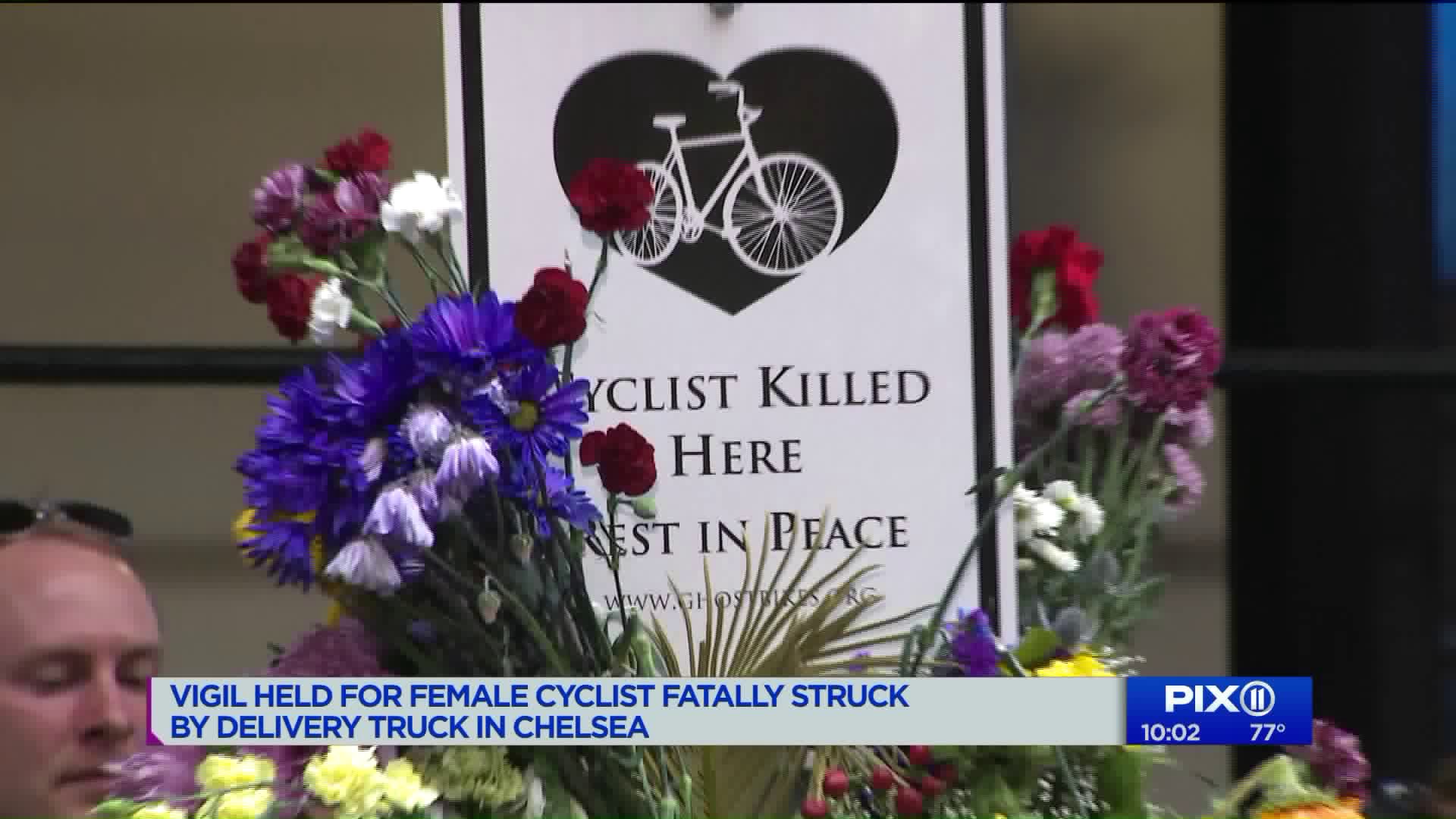 CHELSEA, Manhattan -- The bike messenger community is shaken after one of their own was killed on the job.

A 20-year-old female courier who was traveling on Sixth Avenue near 24th Street was struck and killed by a delivery truck during her morning route. Police initially provided a different age for the victim.

The incident happened just after 10 a.m., stunning witnesses who say pedestrians and even other motorists ran to the cyclist’s aid.

“I watch them give her CPR, [and there was] a lot of blood everywhere,” one pedestrian told PIX11.

The driver of the truck, witnesses say, appeared to take off. He returned a short time later after he was flagged down by another driver. The driver apparently did not realize he had struck the woman.

That cyclist, who has yet to be identified by police, was rushed to Bellevue where she died of her injuries.

Those who knew her rushed to the scene and were left heartbroken after learning what had happened.

The truck driver was questioned by police but was only cited for violations pertaining to the vehicle’s rig not being up to code.

Cops determined there was no criminality involved, saying the cyclist was not in the bike lane and was traveling between vehicles when she was struck.

It leads investigators to believe it was a tragic accident.

The fatality is the 12th this year for a cyclist in New York City and it’s infuriated street safety advocates like Doris Suda who says the city isn’t doing enough to protect the tight knit community.