‘We hope the money will entice somebody to talk:’ $250K reward for info on missing Patrick Alford, Jr. 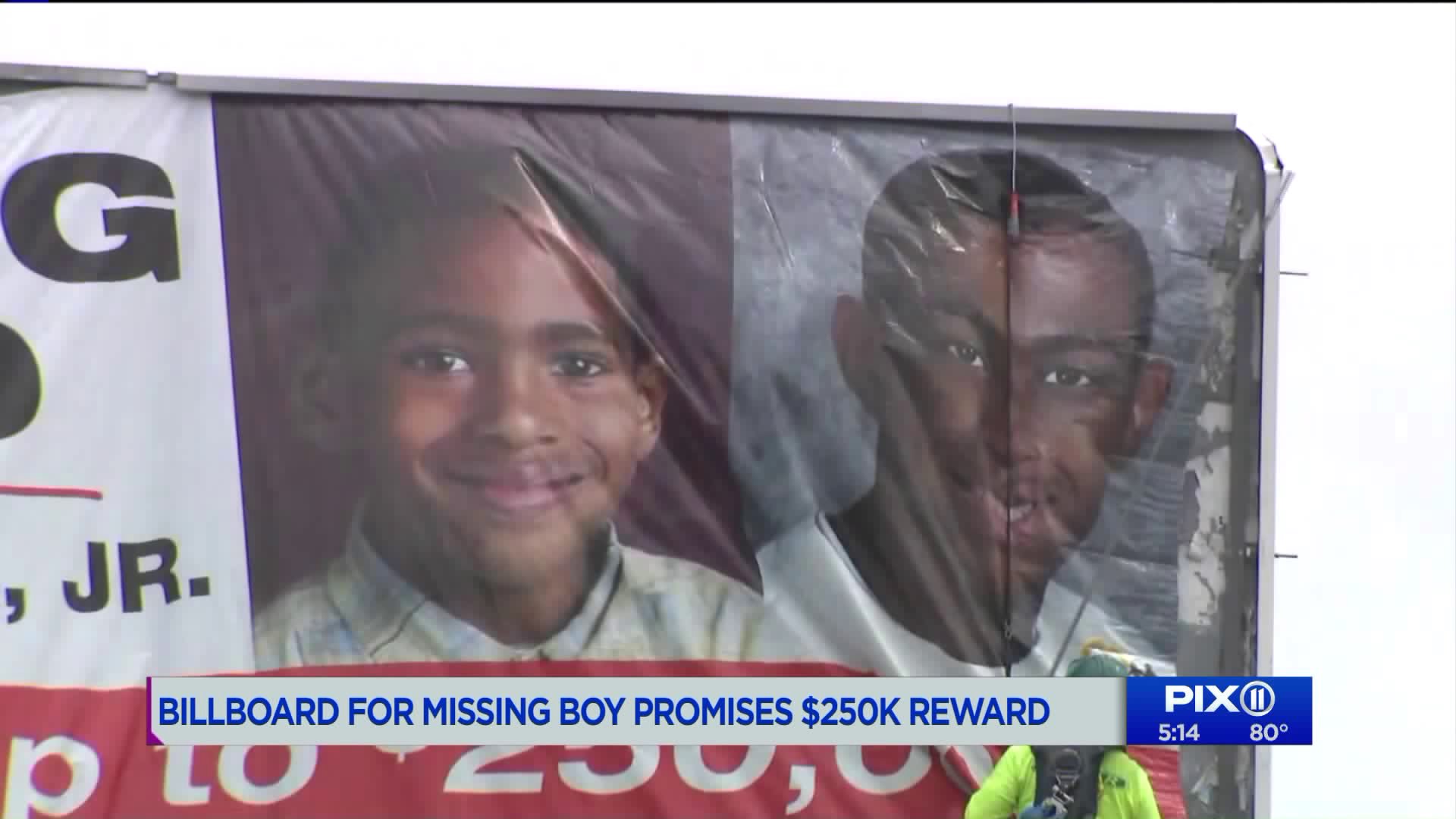 Patrick Alford Jr., 7, vanished in 2010 from his foster home in Brooklyn.

BROOKLYN -- His foster mom said 7-year-old Patrick Alford, Jr. vanished when they were taking out the garbage nearly 10 years ago.

Now, almost a decade later, part of a multi-million dollar trust that was established in Patrick’s name is being used to offer reward money.

It’s hoped new information will be gleaned that will help solve the mystery of Patrick’s whereabouts.

The new reward was posted on a giant billboard Monday, in the shadow of the Spring Creek development.

“The trust was set up for Patrick,” Osgood said. “There was a lawsuit. The money is to be used for Patrick, should he be found safe and sound.”

The 7-year-old was living with his mother, Jennifer Rodriguez, his 4-year-old sister, Jayleen, and a new baby sister on Staten Island.

Jennifer Rodriguez suffered from depression but denied she had substance abuse problems.

Patrick and Jayleen were removed from her home after she was arrested in late 2009 for theft.

Patrick and Jayleen ended up with foster mother Librada Moran, living on the 11th floor of 130 Vandalia Ave., in Brooklyn.

Almost immediately, there were problems in the household. Patrick was acting out and getting into disputes with the foster mom.

Patrick’s aunt, Blanca Toledo, and the child’s mother, Jennifer, said they last saw Patrick in mid-January 2019, during a supervised visit with the foster mom.

“She said she didn’t understand English very well,” Blanca Toledo recalled to PIX11 in 2014. “I couldn’t believe it, because Patrick and Jayleen didn’t speak Spanish.”

After Patrick Alford, Jr. vanished, the NYPD searched 9,000 apartments, interviewed 14,000 people, and dredged the waterways near the Spring Creek Towers.

Convicted sex offenders living nearby were sought, but nothing panned out.

A federal lawsuit was filed against New York City and various social service agencies accused of failing to safeguard Patrick.

A settlement was reached in December 2018 and the law firm of Skadden, Arps, Slate, Meagher at Fion was appointed to set up a legal trust for Patrick.

Jonathan Lerner is an attorney doing pro bono work on the case.

James Osgood is working with the firm to seek new information in the case.

He’s hoping that anyone who might have been fearful of speaking up nearly 10 years ago has had a change of heart.

Anyone with information can call 844-TIPS-700, the number that’s featured on the Pennsylvania Avenue billboard, which is located close to Linden Boulevard, above a car wash.