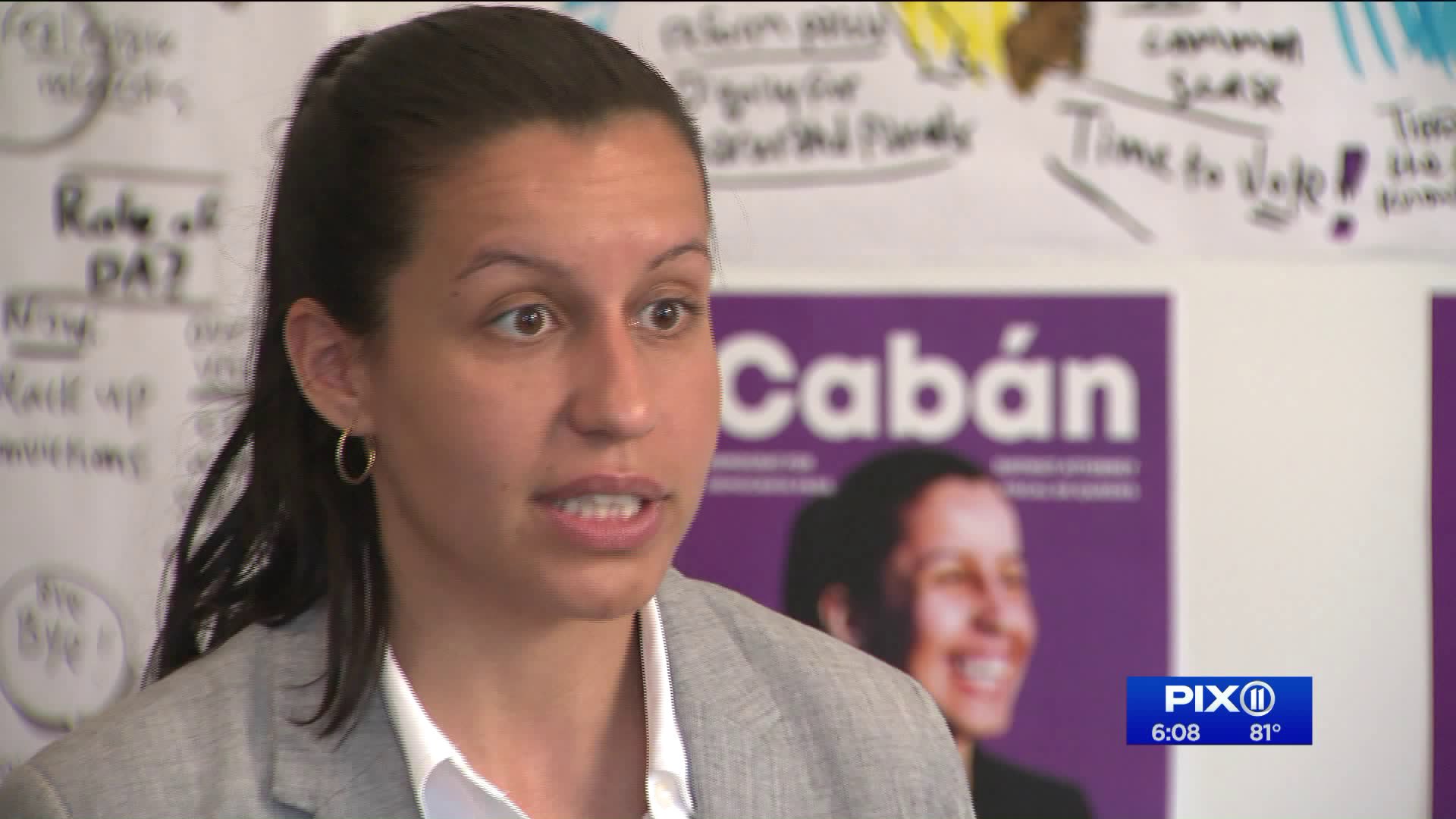 Tiffany Caban is running for DA of Queens.

QUEENS — It is the 11th hour and the stakes are high in the race for Queens District Attorney. On Tuesday, Queens Democrats registered to vote in the primary will head to the polls to pick from 6 candidates.

While Queens Borough President Melinda Katz bears the name recognition, it is the latest arrival to the race who gained the most momentum by racking up endorsements both locally and nationally and the one who has the potential to create a serious upset in a very important seat.

Tiffany Cabán, 31, is a Progressive Democrat fighting for criminal justice reform. She’s been a public defender in Manhattan for the last 7 years and identifies as a Queer Latina and her family hails from Puerto Rico. Her father an elevator mechanic and her mother took care of neighborhood kids. Cabán said her story is more than just identity politics, but one that is a reflection of the demographics of the most diverse borough in the country.

“It hasn’t been easy. It’s been a hard road. As a 31 year old queer Latina from a working class family there are so many barriers in place to keep people like me from even entering these kinds of spaces and when you do there’s constant pushback,” explains Cabán in her first sit down interview with PIX11.

With more than 300 volunteers hitting the pavement and knocking on doors on her behalf, Cabán says her campaign is as grassroots as it gets. Her friend and campaign advisor, Divya Sundaam, said getting her to run happened organically over a lunch discussing politics with friend. A text message and some planning led to where we see the campaign today.

Cabán's agenda is a progressive one, particularly for a District Attorney’s seat and one that has not seen change in the 28 years with the late Richard Brown in office.

“I would argue that what we’ve been doing has not been working. It has just been perpetuating our system of mass incarceration,” said Cabán.

Cabán's impact appears to be considerable one because her biggest opponent, Melinda Katz, Queens Borough President is responded by releasing an ad attacking Cabán's approach to to criminal justice reform.

1. What is one of the biggest injustices you saw working as a public defender for seven years?

"You see a lot of the same things in all of the boroughs. Queens is particularly behind, I think, all of the boroughs. You know, one thing that you consistently see at least now that certainly influenced my decision to run was that we are talking about criminal justice reforms. And we should be. But there's a danger in that in the sense that I would see it every day. We have District Attorney Cy Vance in Manhattan who is a self proclaimed progressive prosecutor and we’ll have these policies that sound good but I’ll be in court the next day recognizing that there’s a big fat asterisk next to that policy and the same people who were the exception to the rule before, continue to be the exception to the rule afterwards. So again, we are in a situation where we are over criminalizing disproportionately our black and brown, our low income, our immigrant communities and it just felt really important to make sure that these policies are having intended impacts."

2. In Richard Brown's office, there was no team dedicated to addressing wrongful convictions. Is that something you would change?

"Absolutely. It has to happen and we have to do it in a manner that makes sure that it's an effective unit because we're seeing around the country that some of these unit's are being made but they're not given the resources so that they actually have teeth. Recently, I stood with public advocate Jumaane Williams and activist Tamika Mallory and Akeem Browder and we were calling on District Attorney Cy Vance to open an independent investigation of all of ADA Linda Fairstein's cases which I think has to be done. When we talk about the exonerated five, their story is not unique in the sense that there are many people that have been effected by this and that goes back to those gamesmanship practices, that goes back to this idea that what's deciding decision making is a culture of convictions at all costs and not justice and public safety."

3. One of the biggest, high profiled cases that we've had here most recently is the Chanel Lewis trial. There have been very strong opinions about it. How do you stand on it?

"I can speak to some of the general issues but I can't speak to the case specifically because I think that there is a good chance that this case ends up back in the hands of whoever the District Attorney is that wins this race. But I will say this, again, when we go back to our investigations, how they're being done, it goes back to those metrics and saying that we're incentivizing these gamesmanship practices that don't center justice. Making sure that we are videotaping interrogations, making sure that we're doing them ethically and properly, making sure that we are using tried and true scientific practices. So part of what our conviction integrity unit will do is not just look at the quote on quote typical innocent cases but looking at cases that involved officers who have histories of misconduct, looking at cases that involve prosecutorial misconduct, looking at cases that relied on bad science to get convictions. And then also having a retroactive release unit so that we are making sure that we are not unnecessarily keeping people incarcerated for offenses that we recognize really should be treated with treatment or supportive services."