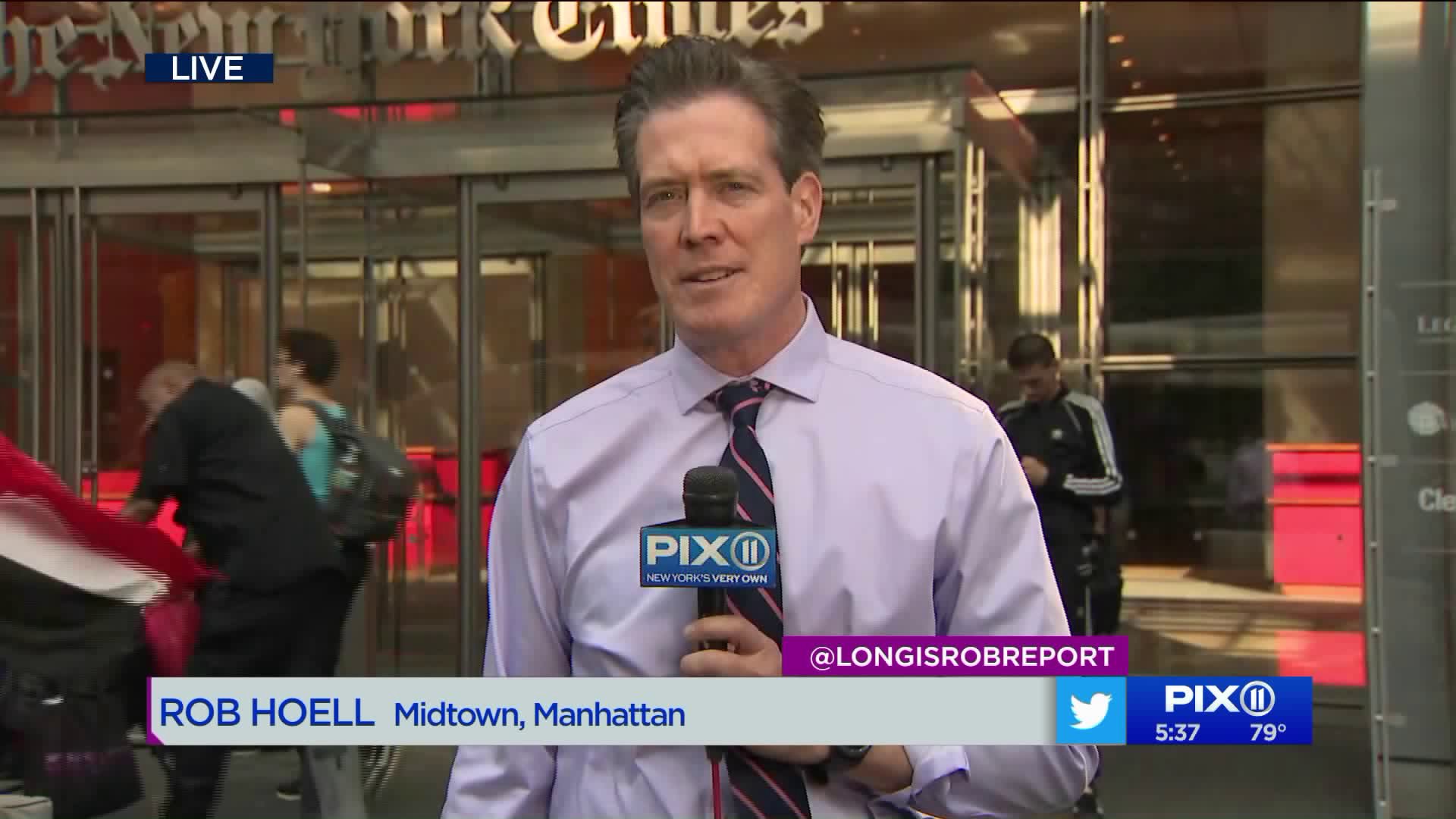 Protestors demanded more attention be paid to climate change, or as they said, a "climate emergency".

MIDTOWN, Manhattan — "Extinction rebellion" was the chant outside the New York Times building on 8th Avenue in Midtown Saturday afternoon.

Protestors demanded more attention be paid to what they say is a “climate emergency.”

"Not enough news agencies are covering it, in this case, the New York Times," said Colin, an Extinction Rebellion Facilitator.

Protestors gather outside the New York Times building in Midtown.

Not only did they block the streets, but a number of protesters scaled the Times building and unfurled banners.

"I was nervous, but I was like, they are also making a statement — this is huge and I think it’s kinda that attention grabber we needed. I was freaked out, but at the same time it got everybody super amped up,” said Paul Penna who joined the rally from Denver, Colorado.

"I'm afraid of heights, so I was getting secondhand nervousness," said Jack Shultz.

"Just watching it gave me the jitters. But it was cool, definitely cool."

The NYPD definitely didn't think it was cool.

Officers used scissor lifts to remove some of the protestors from the side of the building. They brought them safely down to earth, cuffing them with zip ties.

"We are put here to organize the citizens and everyone to get participated in a nonviolent, regenerative way to get behind the movement to rebel against our own extinction. "

The NYPD says about 70 protesters were being processed Saturday afternoon. It was unclear what they were being charged with.