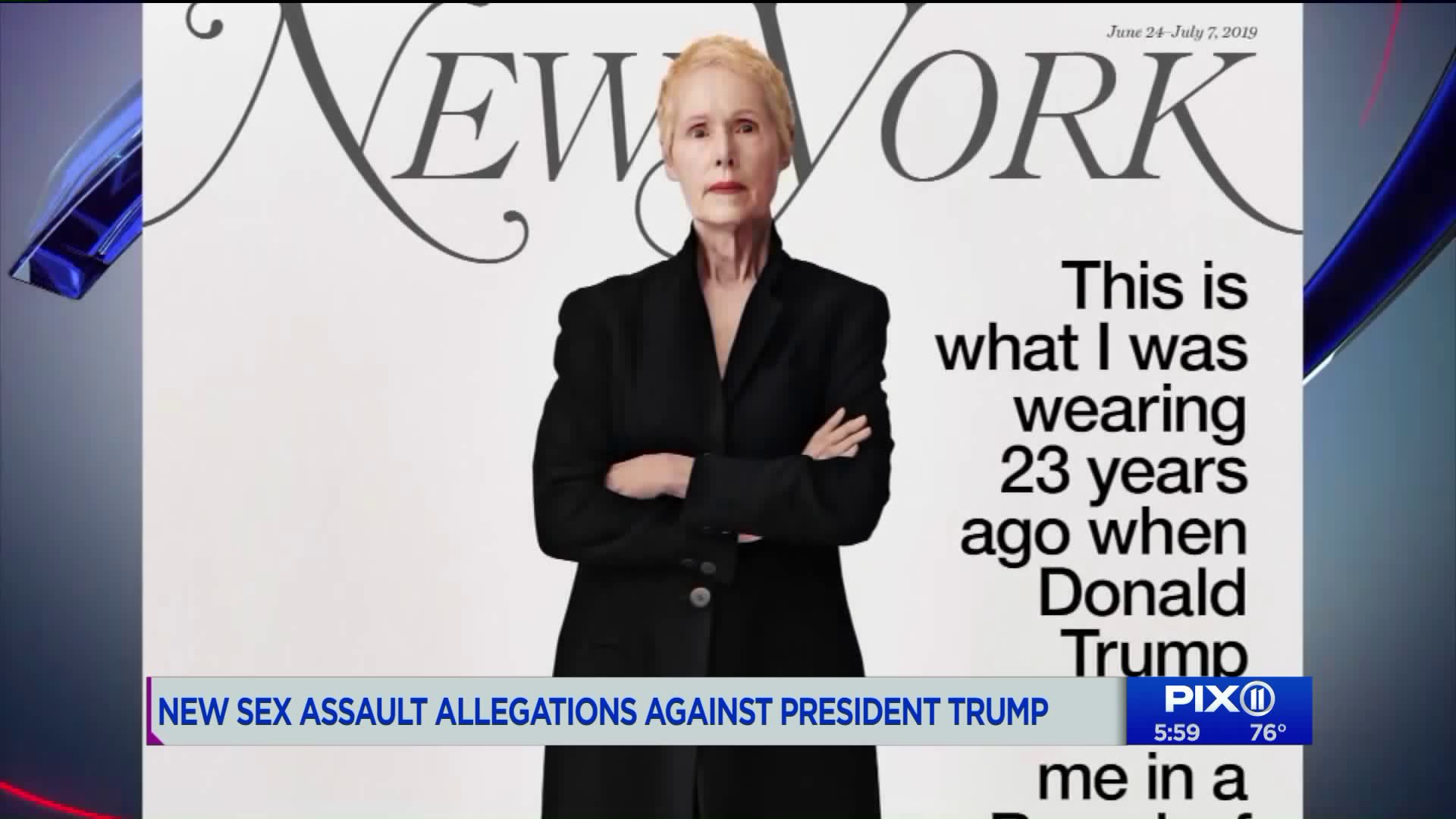 E. Jean Carroll, a writer and advice columnist, claims Donald Trump sexually assaulted her in a dressing room of Bergdorf Goodman department store in Manhattan more than two decades ago.

Carroll reveals shocking details of the alleged assault in Friday's New York Magazine. She said that Trump, then known as a real-estate mogul, approached her at the store and started a friendly chat.

Trump recognized Carroll as "that advice lady" and Carroll said she recognized him as "that real-estate tycoon."

According to the account, Trump tells Carroll he needs advice on buying a gift for a girl. Carroll recalls suggesting a handbag or a hat. Trump, she writes, instead leads the way to the lingerie section.

He picks out a lacy see-through bodysuit and says, "Go try this on!"

Carroll said she joked about Trump trying it on instead, and the two make their way to the dressing rooms.

That's when things turned violent, according to Carroll's account.

Carroll recalls Trump shoving her against the wall inside the dressing room, pulling down her tights and, "forcing his fingers around my private area, thrusts his penis halfway — or completely, I’m not certain — inside me.”

A senior White House official said in a statement to New York magazine, “This is a completely false and unrealistic story surfacing 25 years after allegedly taking place and was created simply to make the President look bad.”

In his own statement, President Trump denied the allegations and said, "I've never met this person in my life," adding that the accusation "fake news" and said there was no evidence.

"No pictures? No surveillance? No video? No reports? No sales attendants around?? I would like to thank Bergdorf Goodman for confirming they have no video footage of any such incident, because it never happened," he said.

At the time of the alleged assault, Trump's first ex-wife, Ivana Trump, had claimed that he violated her during their marriage. Trump was married to Marla Maples at the time.

Carroll is the 16th woman to accuse Trump of sexual misconduct, according to New York Magazine.