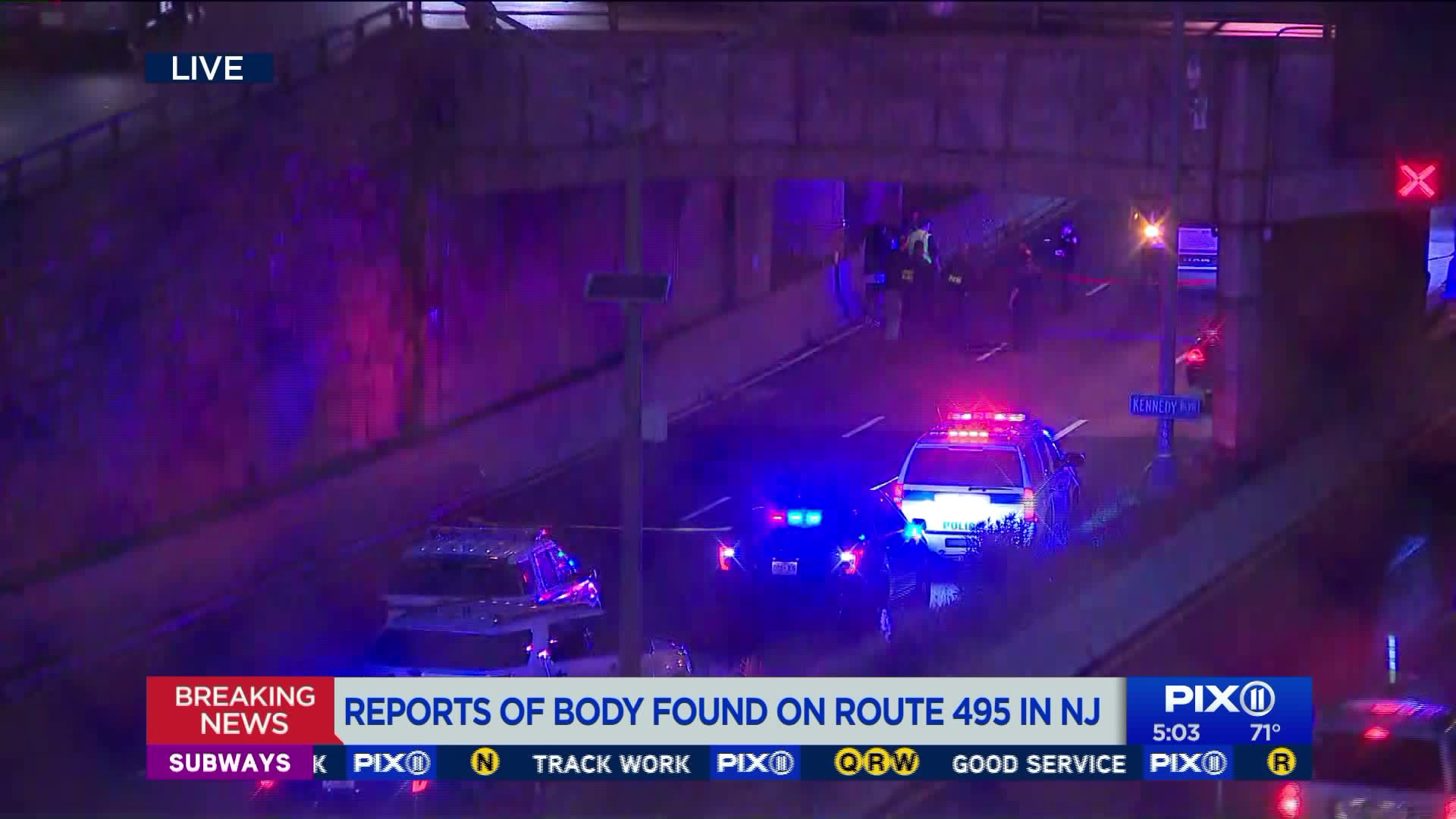 All lanes of the eastbound I-495 are shut down Friday morning at Kennedy Boulevard in North Bergen due to police activity.

Express bus lanes on the road are now open.

Police tape was seen blocking the lanes, with emergency crews in the area.

TRAFFIC ALERT: All lanes of 495 EB shut down at Kennedy Blvd in North Bergen for police activity. This is the scene facing toward NJ. Hearing reports of body in the road. Traffic going way back. WB side moving fine. @PIX11News @MarissaTorresTV pic.twitter.com/ipBWZkX2gW

Reporters on scene said there were reports a body was found in the road. A PIX11 photojournalist was on his way to work when he saw “something large in the road,” but could not tell what it was.