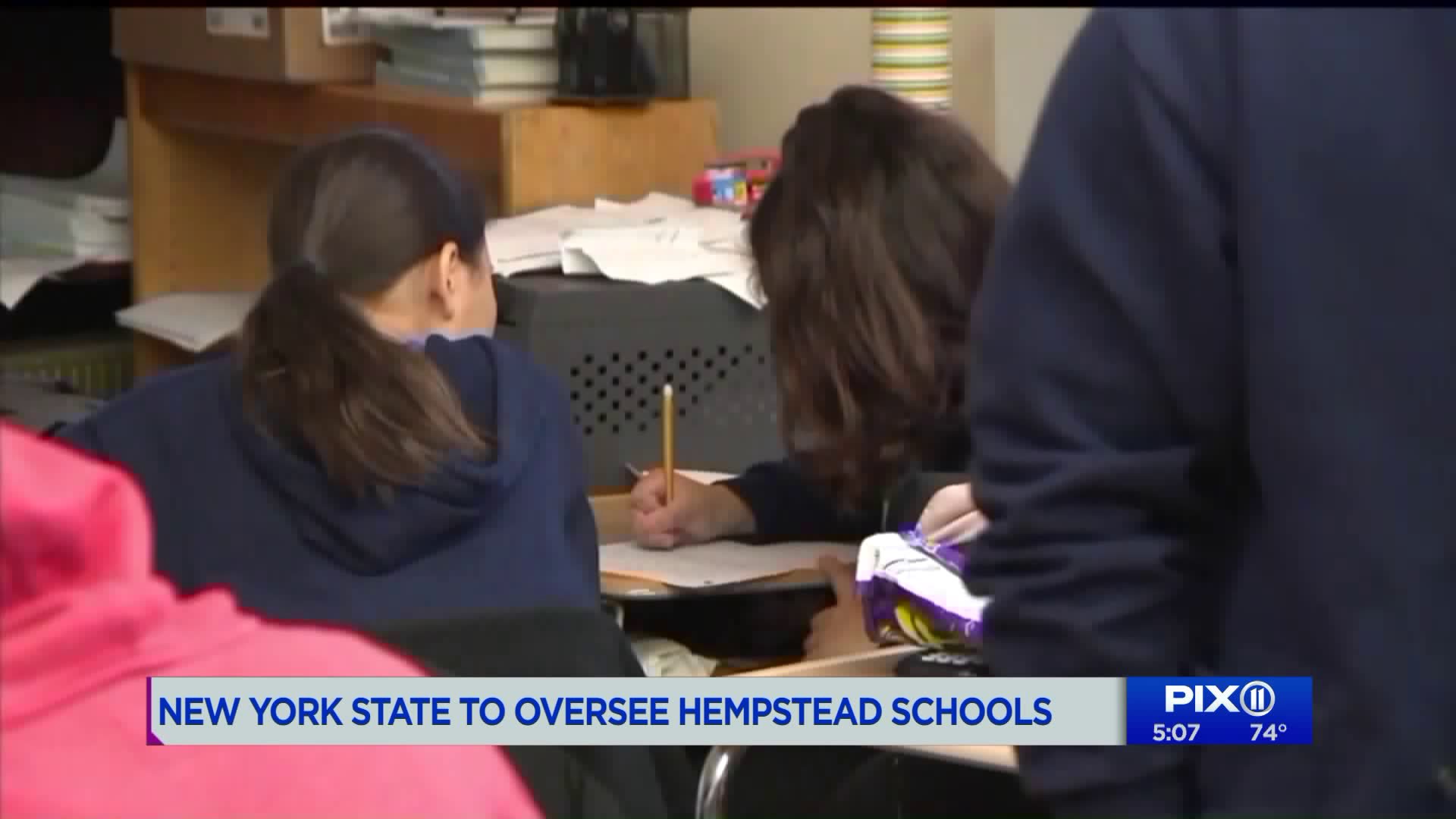 Lawmakers have passed a bill to have the state oversee Hempstead schools.

HEMPSTEAD, N.Y. — Lawmakers have passed a bill to have the state oversee Hempstead schools.

Legislation calls for a panel of three people who have veto power over superintendent selection and money spending on the schools who have struggled for years.

Assemblywoman Taylor Raynor told PIX11 the vote “feels like a miracle,” as she explained the poor conditions students were learning in.

She said students are exposed to mold and taking classes in trailers, while rats are running around the classrooms.

Starting this fall, it has the potential fix decades of neglect, which has led to low graduation rates.

Many are hopeful this act will help students.

The bill will head to Gov. Andrew Cuomo for signing.

PIX11's Kirstin Cole spoke to Assemblywoman Darling (formerly known as Raynor) about the Hempstead school reform as well as the decriminalization of marijuana.

On Friday, district officials fought back against the measure.

Board members in addressing specific claims made about the district:
- They say the 60% graduation rate, though it needs improving, has not been manipulated
- There are no rats
- New school being built and students being redistributed to eliminate old portable classrooms https://t.co/HesDiCxkGW

Officials condemned the use of state legislation to solve local issues, and asked the state to provide adequate financial resources to see change.

They also asked the Governor to veto the legislation.