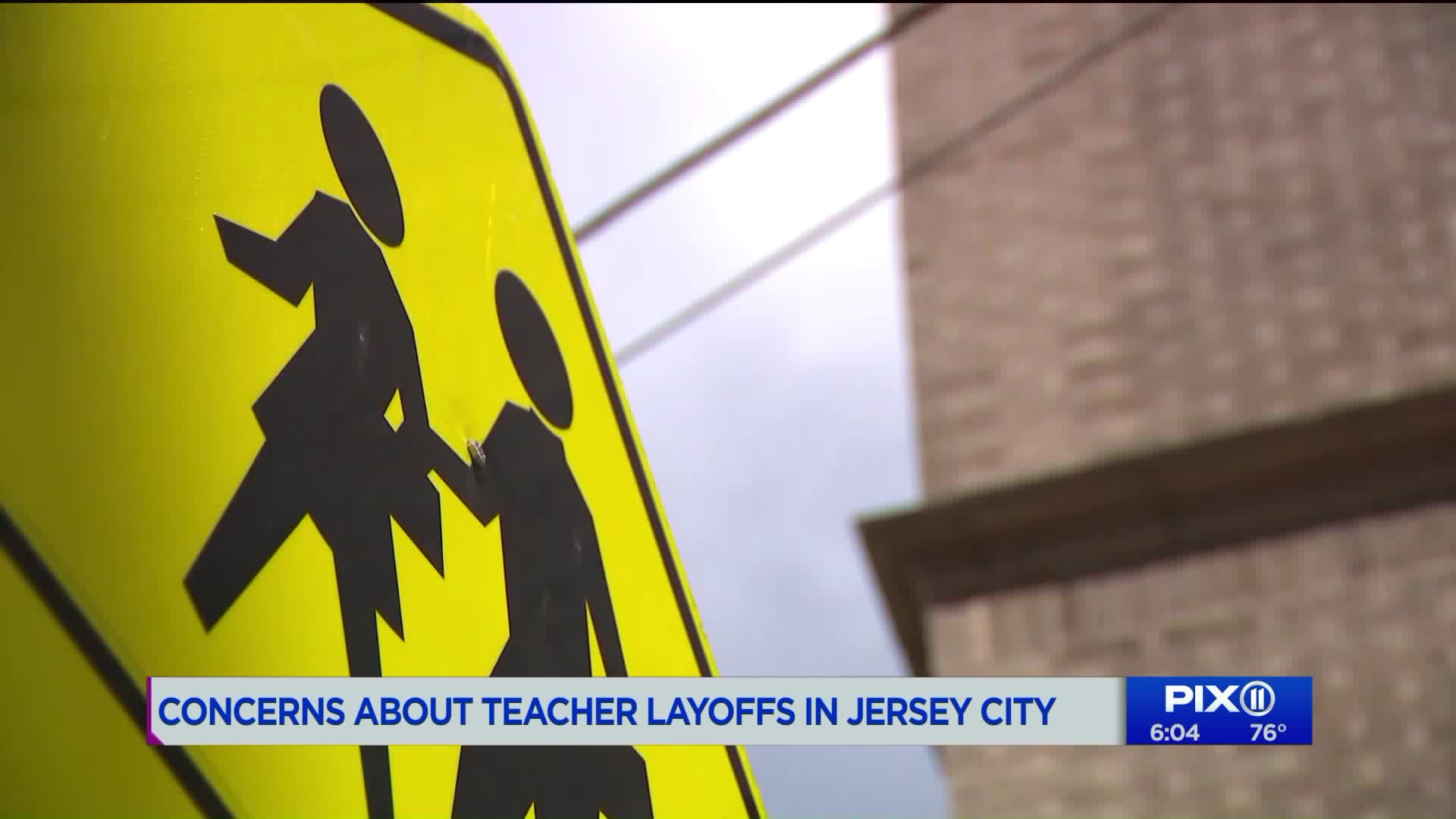 The last day of school here on Friday came with sadness, and even anger, for some of the teachers, as well as students -- and that was their reaction to what was actually good news, at least on the surface.

JERSEY CITY -- The last day of school on Friday in Jersey City came with sadness and even anger for some of the teachers, as well as students -- and that was their reaction to what was actually good news, at least on the surface.

This school district of about 4,000 teachers and aides had been threatened to lose approximately 450 teachers due to state budget cuts totaling $175 million. New revenues have saved the majority of those jobs. However, there's a puzzling trend among the positions that are still being eliminated.

"For tenure-ship in our district," said special education teacher Alexis Vazquez, "you have to work four years and a day."

"I completed my four years," she continued, "but not that one day, so they can let me go."

In fact, she was told by the school board and her union, the Jersey City Education Association, to look for a new position. That's in spite of the fact that Vazquez, who works with children with autism, has gotten non-verbal students to talk, and has gotten special needs children ready and able to join the general school population.

She's by no means the only highly qualified teacher who's not being brought back next year, with just one day left to gain tenure.

A half-dozen other Jersey City teachers, when they heard that PIX11 News was doing this story, came together to tell their stories.

Helen Corona-Gonzales is one of them. She's also the parent of children in Jersey City public schools, in addition to being a special education teacher here, just one day shy of tenure.

"My students are my motivation," she said. "They have my same background," she added before becoming teary-eyed. She said that because teachers like her and Vazquez are themselves products of the Jersey City school system, they understand students like nobody else, and therefore deserve tenure.

"When you are tenured, you are now permanently in the district," Vazquez explained. A tenured teacher cannot be dismissed from the school system without cause.

Jersey City had been threatened with losing 450 teachers, but the city was able to impose a payroll tax on businesses, which raised enough revenue
to keep 351 teaching positions. That left 99 teachers still being let go, according to the JCEA.

"They're letting one of the best ones go," said Lucille Torrez, as she comforted her granddaughter, Diamond. The six year-old was in tears over the loss of her kindergarten teacher, whose contract was not renewed.

A Board of Education spokesperson told PIX11 News that the district may still hire back more teachers, if other teachers retire or find jobs elsewhere, emptying positions within the district. That's little reassurance for the nearly 100 teachers left without contracts. They endure, nonetheless.