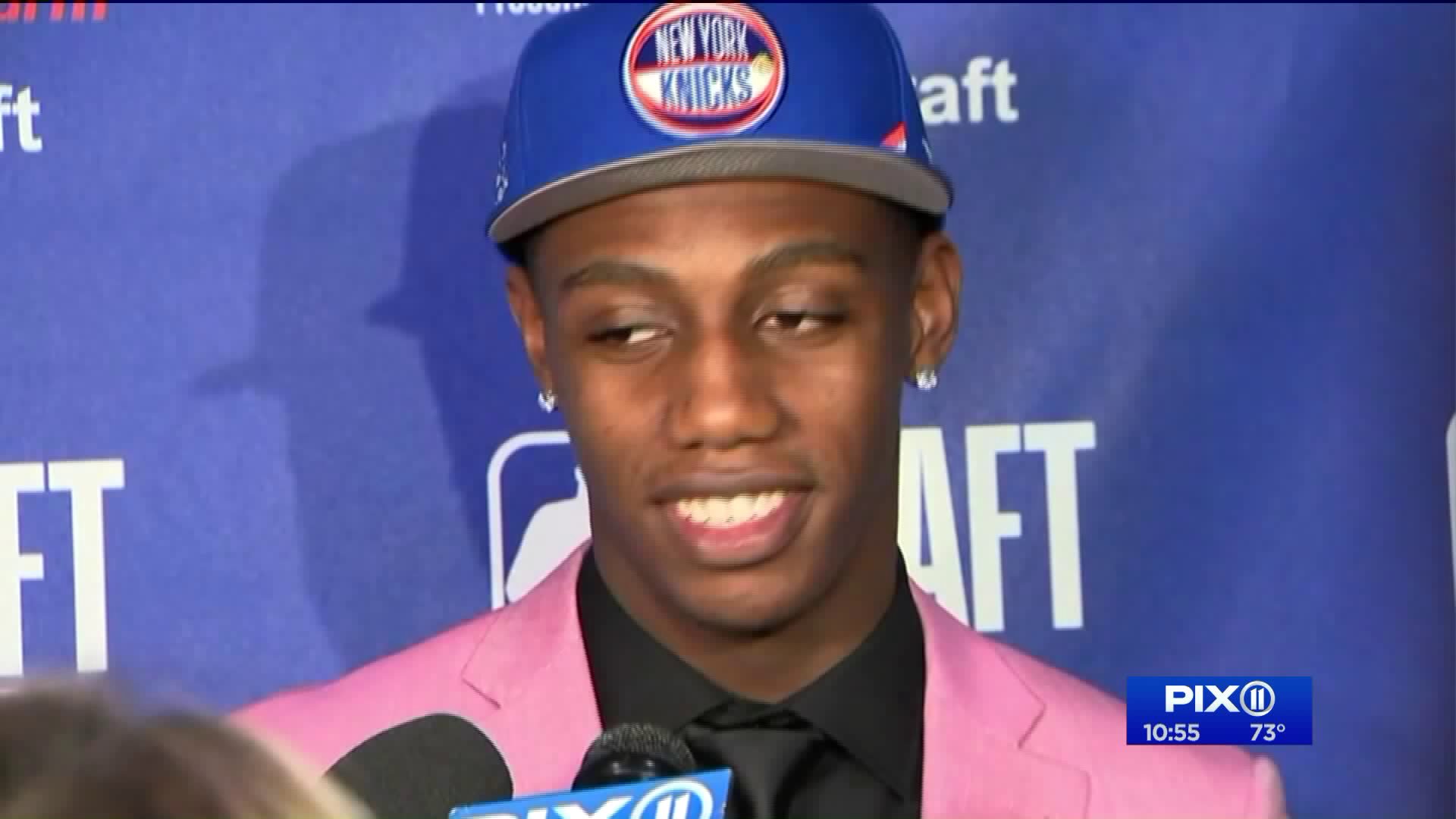 Barrett led the Atlantic Coast Conference in scoring at 22.8 points per game despite somewhat being overshadowed by flashier teammate Zion Williamson, the No. 1 pick by New Orleans Pelicans. Barrett finished second behind Williamson for ACC Player of the Year, and ACC Rookie of the Year. Both were named to the All-ACC First Team, and the conference's all-freshman team.

The 6-foot-7, 202-pounder from Mississauga, Ontario, had been linked to the Knicks almost immediately after it was revealed at the draft Lottery on May 14 that New York had the third pick. However, in recent days, the Knicks had worked out Vanderbilt guard Darius Garland and North Carolina guard Coby White.

Still, for a New York squad which finished a league-worst 17-65, Barrett theoretically provides the Knicks with another young building block along with small forward Kevin Knox and center Mitchell Robinson. The Knicks selected Knox (No. 9) and Robinson (No. 36) in 2018t.

Plus Barrett has New York ties, despite growing up in the Toronto area. His father, Rowan Barrett, played four years (1992-96) at St. John's University before embarking on an overseas professional career,