How a flag football team is helping Newark youth 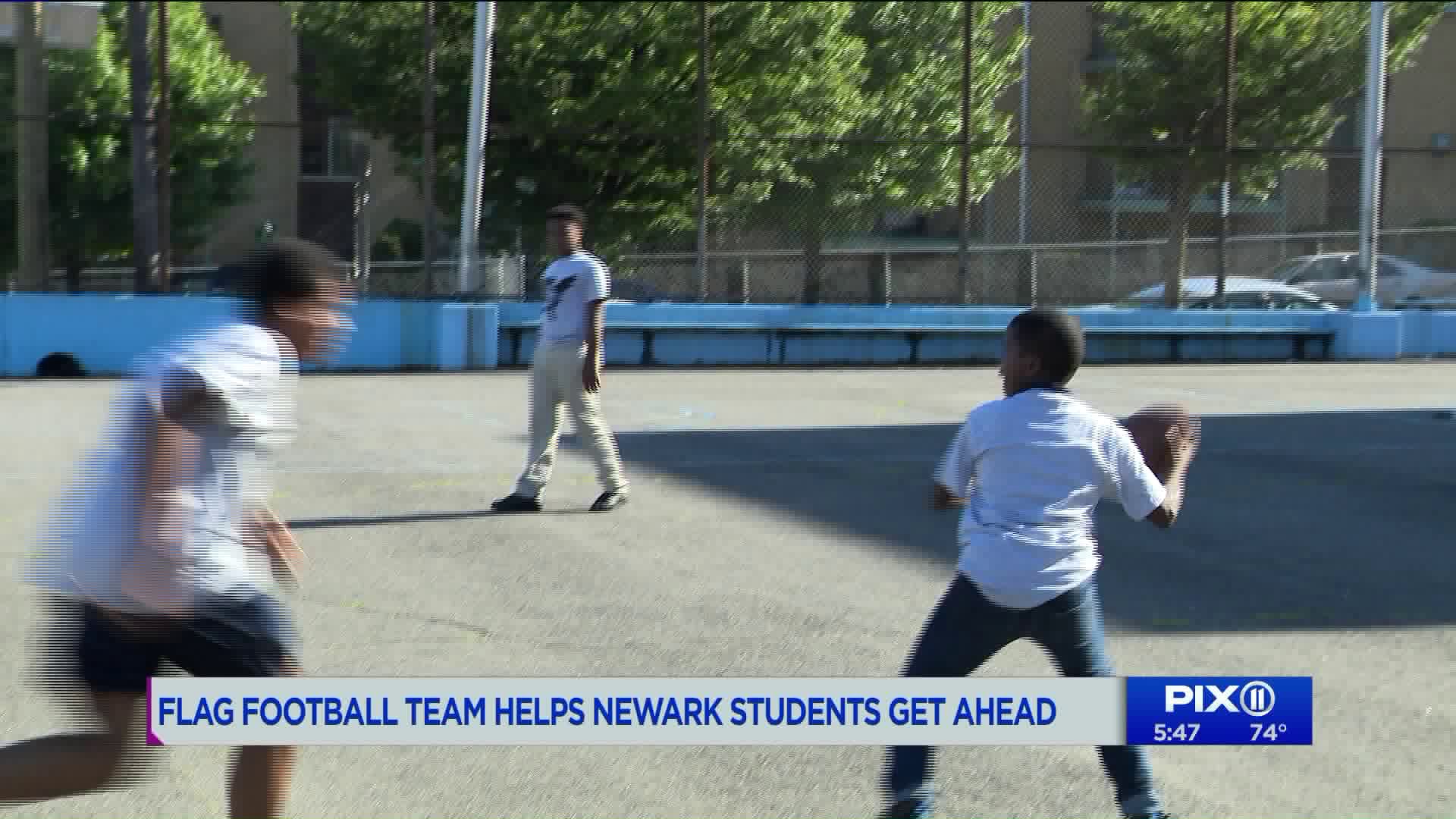 It`s no secret that growing up on the streets of Newark, New Jersey can be tough, but inside the Avon Avenue School, we met a group of students who are strong and looking to beat the odds through flag football led by a coach determined to help them get ahead.

NEWARK, NJ — It's no secret that growing up on the streets of Newark, New Jersey can be tough, but inside the Avon Avenue School, we met a group of students who are strong and looking to beat the odds through flag football led by a coach determined to help them get ahead.

Getting up is not easy when your practice field is made of asphalt. Mr. Marcus,  the community engagement specialist, has a son who plays on the team.

"This is it. There's some grass somewhere along the edges,” said Mr. Marcus. “Those are weeds. We try not to mess those up cause they give the playground a little bit of accent."

"We would run and when the coach blows the whistle we would go,” said Allen. “I tripped over someone else and I fell. But that gives us courage to do better."

The students who participate are excelling not just on the football field but also in the classroom.

"It's changing their mindset,” said Sjocquelyn Winstead, the Avon Avenue School’s vice-principal. "The students who play on the team, come to school, so their daily attendance record is high because of Coach Carr they want to be here. So they know they have to go to school to play."

But there have been some bumps along the way.

Tragedy struck in 2015 when 15-year-old al-Shakeem Woodson - a former teammate - was shot and killed on Mother's Day. In 2018, another former player - 14-year-old Alexis Pabon was killed. He was a passenger in a stolen vehicle that crashed during a police pursuit.

Keeping the football team in play can be a challenge- the school uses some of their funding to travel - but it only goes so farm. So the team gets creative. They use hand-me-down uniforms.

"So our boys are wearing uniforms that are a bit tattered. Have a little wear and tear," said Mr. Marcus.

The Avon Avenue team competes in National Flag Football Team championships. Rival teams, often part of well-funded local recreational leagues, have a leg up. Some of them are even sponsored by NFL teams.

"When you go to Pennsylvania and some of these national championships and you see what they have,” said Mr. Marcus. “It can be disheartening but these boys don't hold on to that for too long."

"It's not about the job. It's about seeing them be successful and say 'wow' I coached that child," said Carr.