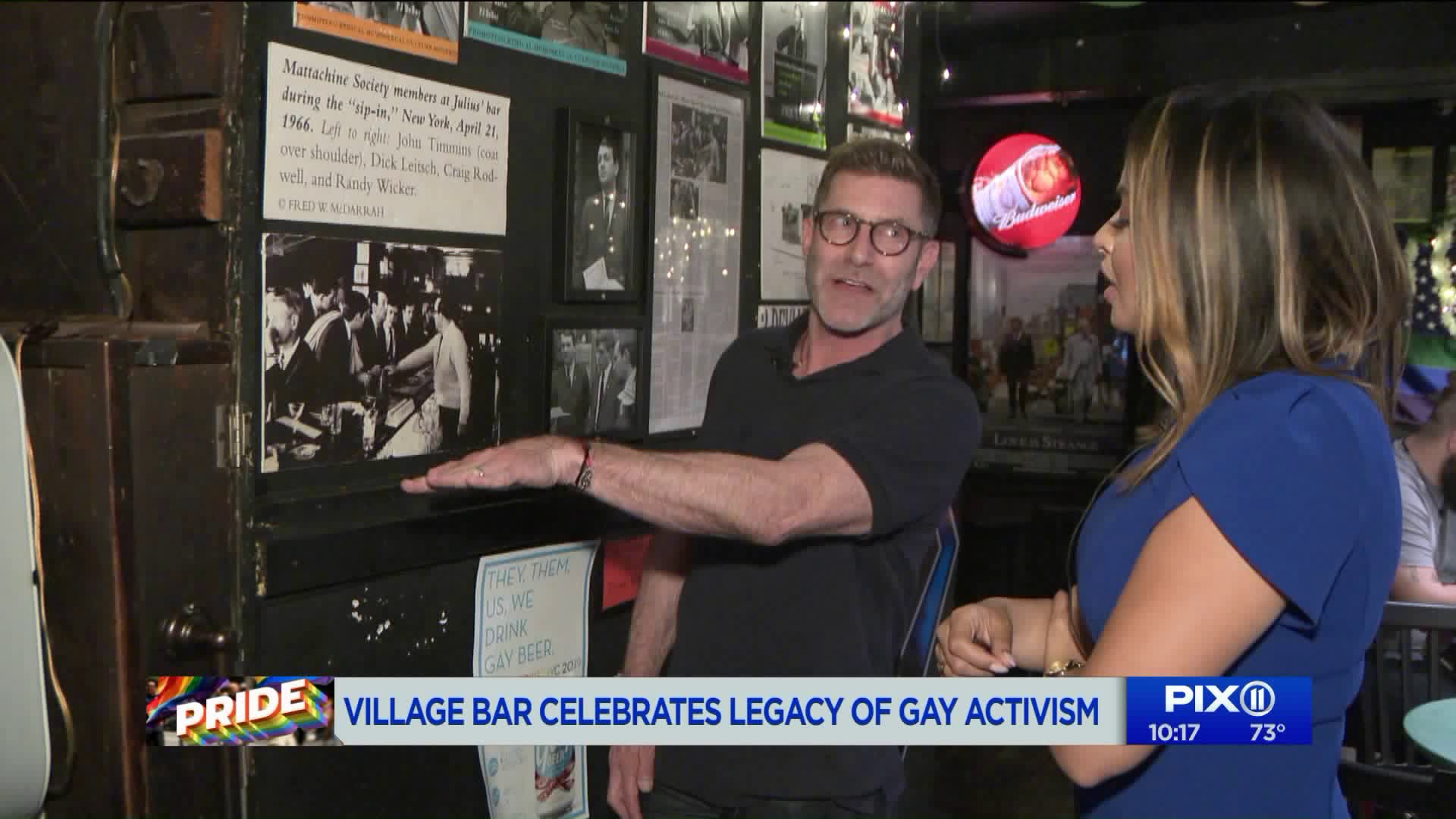 A small dive bar on the corner of West 10th street and Waverly Place in Greenwich Village is the oldest, continually operating gay bar in New York City. The bar, Julius, has been open for more than a century and is still very popular.

The bar, Julius, has been open for more than a century and is still very popular.

What this bar is today, for many in LGBTQ community, is very different from what it once was.

Julius was once a place of oppression for homosexual men and woman. In the 1960s the bar had a practice of discriminating against openly gay people and the discrimination was documented in a photo on the wall at the bar.

“This was taken April 21st 1966, by Village Voice photographer Fred McDarrah," said Ken Lustbader, co-founder of the NYC LGBTQ Historic Society Project. "It captures when Dick Leitsch announced 'we are homosexuals, we want to be served' and the bartender put his hand over the glass and said 'nope I am sorry.'”

Many historians refer to the infamous Stonewall Riots as the start of the equal rights movement for the LGBTQ community, but the bold “sip-in” at Julius happened three years before Stonewall.

LGBTQ history tours always make a stop at the bar because of that important moment in history.

“People know a little about Stonewall , there was a riot—-and then there was liberation, right? But they don’t know the steps before," said Jillian Courtney, an Urban Adventures Tour Guide. "That event was sort of a tipping point for the community."=

Julius is one of several historic sites in New York City that are significant to the gay right movement. Recently, the NYC LGBTQ Historic Society Project created an app called 'Vamonde' that has a map of other historic sites. The app also include photos and details of each site's contribution in the gay rights movement.