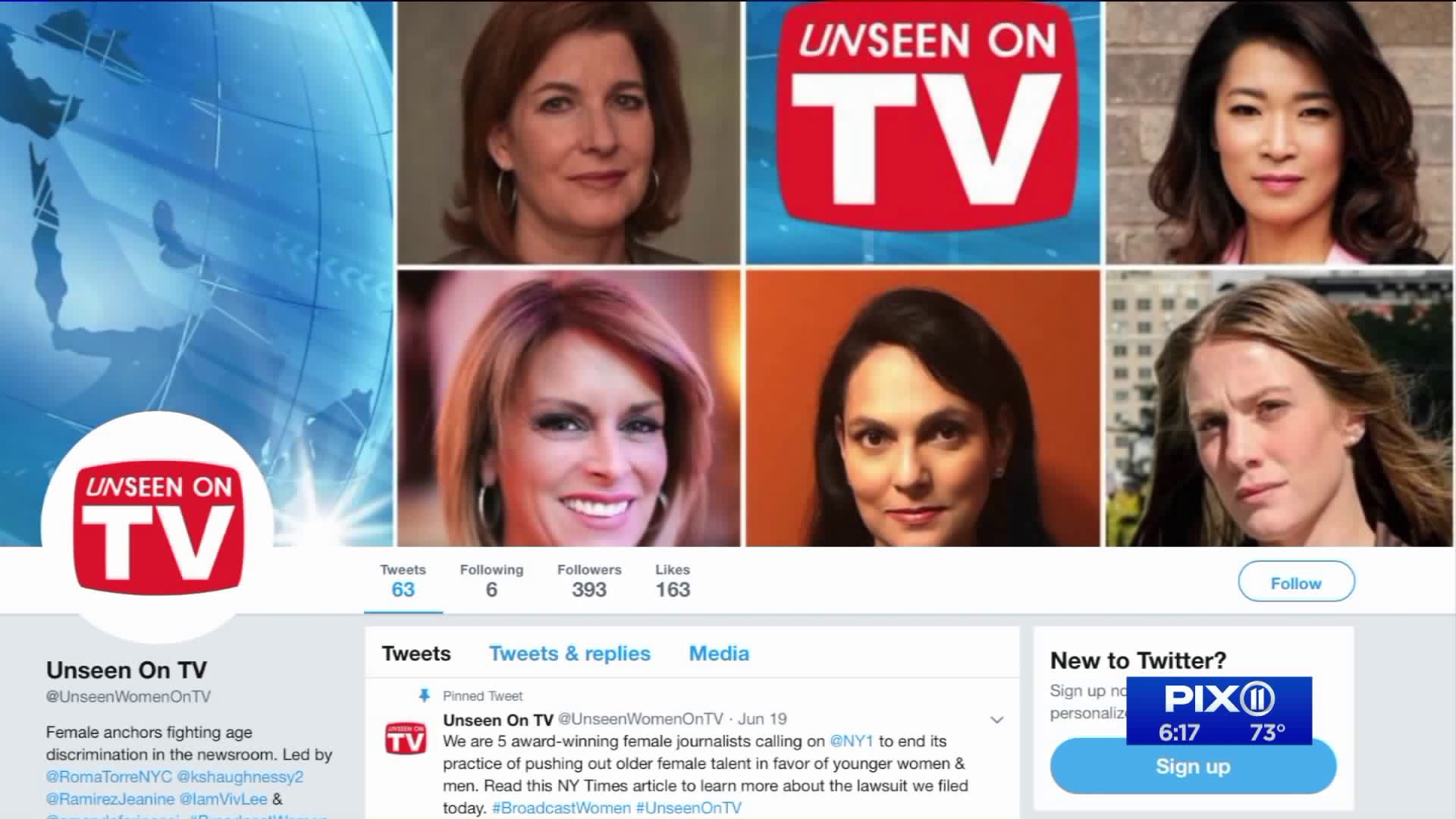 Five anchorwomen at a New York City news channel sued their company Wednesday, saying they were marginalized and cast aside to make room for younger women and men. The Manhattan federal court lawsuit blamed Charter Communications and its 2016 takeover of the local news channel NY1, known as New York One, for altering the career trajectories of Roma Torre, Kristen Shaughnessy, Jeanine Ramirez, Vivian Lee and Amanda Farinacci. Now other victims of being female and over 40 are lending their support.

Five anchorwomen at a New York City news channel sued their company Wednesday, saying they were marginalized and cast aside to make room for younger women and men.

Now other victims of being female and over 40 are lending their support.

“I was chosen because I had children and I was older than other members of the department,” Christina Japp, a forced out female, told PIX11 News.

Japp, a senior specialist with 15 years on the job at Sotheby’s, says she was devastated when she was pushed out at age 45.

And she thoroughly applauds, like so many other women across the city, the five female anchor/reporters who are suing NY1 for alleged age and gender discrimination.

“It was courageous and astonishing. It puts these women’s career in a very difficult position,” Lauren Leader, a gender expert and activist who founded the website AITogether.org, told PIX11 News. “They’re forever branded as the women who sued NY1."

Support for the five NY1 women has been growing with the twitter handle “unseen women on TV."  Katie Couric, Lin-Manuel Miranda, Megyn Kelly and Jumaane Williams have voice their support.

With a recent study saying half of all workers over 50 are forced out of their jobs against their will before they can retire, one of the lawyers representing the five NY1 women says they had no choice.

“Were they risking their jobs if they did nothing?” David Gottlieb, one of several lawyers handling the case at Wigdor Law, told PIX11 News. “Air time was being taken away, promotions weren’t happening, benefits were being taken away. Their jobs were in jeopardy."

Charlotte Japp, 28, created a website called Cirkel.World, connecting older workers with younger ones after her mother lost her job, allegedly because of age.

“Older people have amazing emotional intelligence and they have years of experience in certain industries,” Japp told PIX11 News.

And one of the five women suing NY1 is now thanking all her supporters on twitter.

“This is not an easy thing to do,” Kristen Shaughnessy, one of the five women suing NY1, says in a video. “We are trying to disrupt the status quo. Nobody gets younger. We hope you understand why were are doing what we’re doing and we hope you stuck with us to the end."

A spokeswoman for NY1 told the New York Times about the lawsuit allegations, “we have not found any merit to them.”