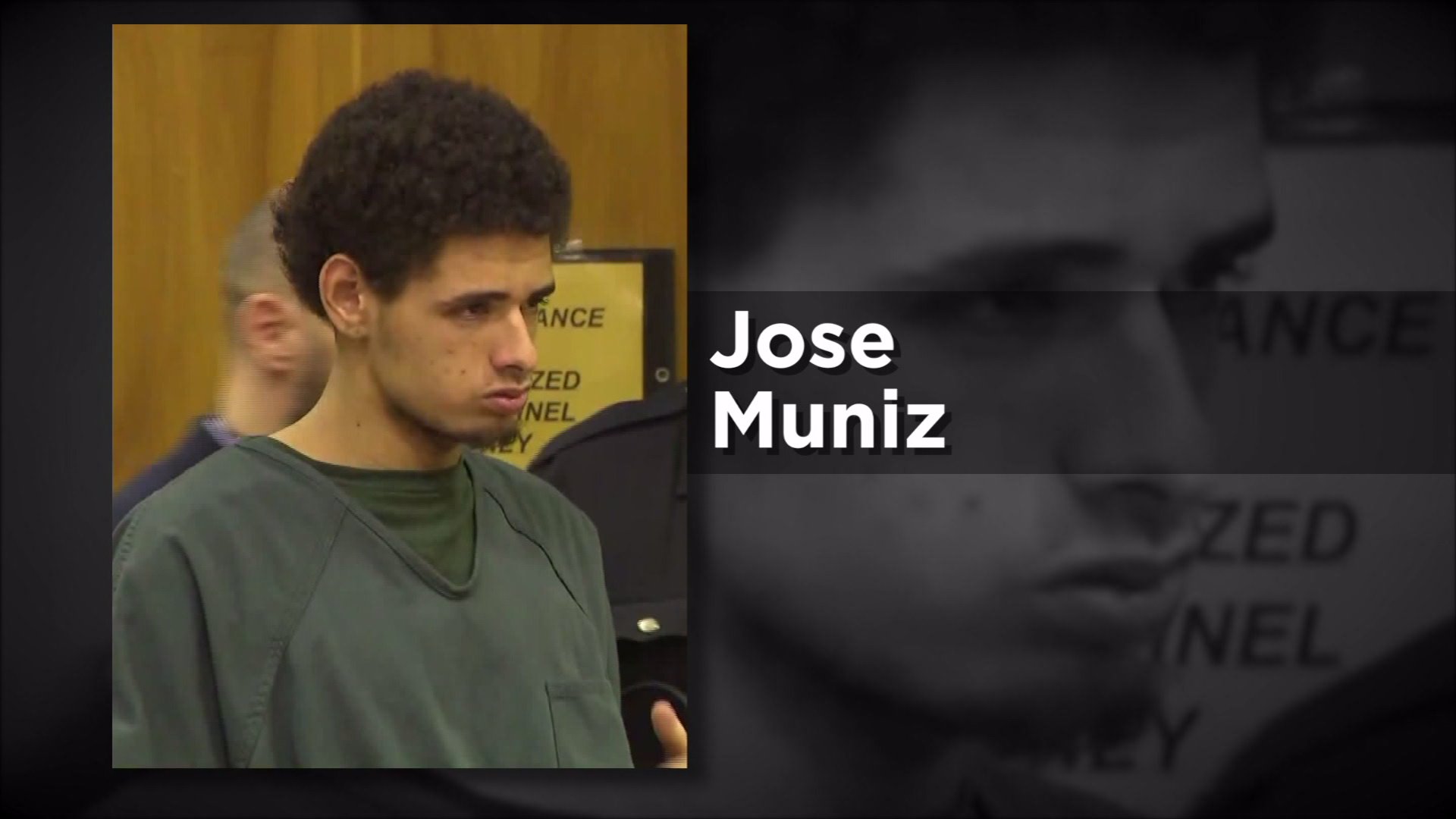 Jose Muniz, one of the five men convicted in the murder of Lesandro "Junior" Guzman Feliz, attacked a correction officer at the Manhattan Detention Center, dislocating the officer`s shoulder, according to sources.

NEW YORK — Jose Muniz, one of the five men convicted in the murder of Lesandro "Junior" Guzman Feliz, attacked a correction officer at the Manhattan Detention Center, dislocating the officer's shoulder, according to sources.

The attack took place Tuesday night at Manhattan Detention Center, where Muniz was being held. As of early Thursday morning, Muniz has been moved to Rikers Island, sources tell PIX11.

The officer was treated at the hospital and released, according to sources.

The Correction Officers’ Benevolent Association confirmed the suspect is one of the men convicted of killing Junior. Sources identified him as Muniz.

Muniz showed no remorse after his verdict was announced on Friday, turning to smirk at the court and shouting, “Popote, hasta la muerte!” Spanish slang for "Trinitarios until death.”

Muniz used a machete in the attack on Guzman Feliz. He's also known for crying during his arraignment.

Muniz’ defense attorney, Martin Goldberg, argued in earlier testimony, that his client flipped the machete so that it hit Junior with the flat side, instead of the sharp edge, with the intent to harm, not kill, him.

Sources also said Wednesday that another officer was attacked in a separate incident at Rikers.

Raphael Davlo, who is awaiting trial on robbery and forcible touching charges, lured a female officer into a food pantry and choked her, sources said. She was treated and released from the hospital.

Following a string of violent attacks against correction officers in recent weeks, COBA president Elias Husamueen called on Department of Correction to immediately implement new safety measures to increase security in the city’s jails and change the inmate to officer ratio.

“We need to stop acting like there’s no such thing as crime and punishment,” Husamudeen said.

The Department of Correction is pursing the re-arrest on the inmate as the incident remains under investigation.

“Our officers are brave public servants who make our jails safer. These attacks are deplorable and we take assaults on our officers very seriously. We are pursuing the re-arrest of those responsible," said Deputy Commissioner of Public Information Peter Thorne.

Correction: An earlier version of this story reported that the attack by the Junior convicted murderer was at Rikers Island. It actually occurred at the Manhattan Detention Center.