‘All that’ returns for a new generation 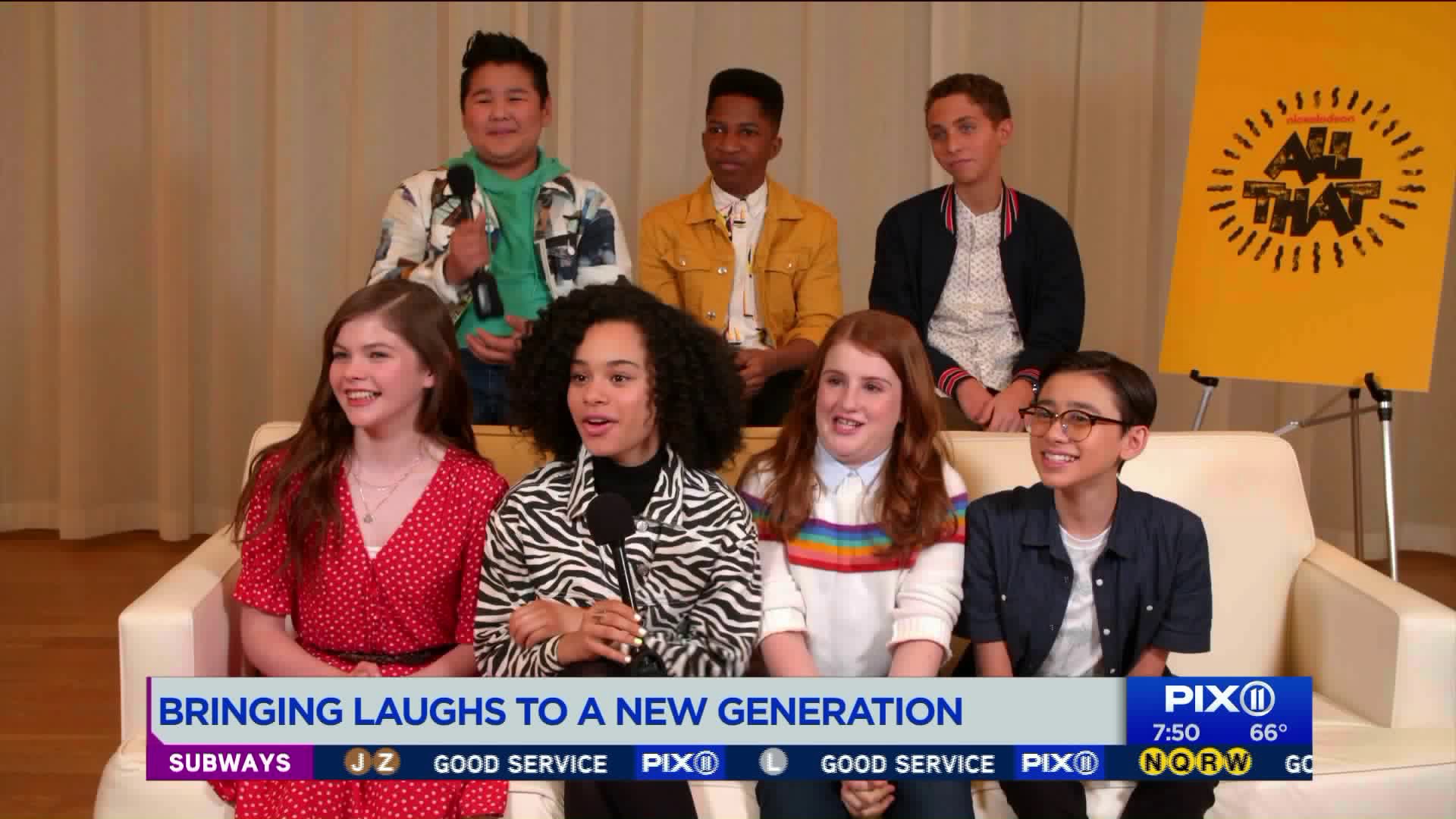 Katie Corrado sits down with Kel Mitchell and the new cast of "All That" to what its like briing back the show for a whole new generation.

The hit sketch comedy show "All That" returned last Sunday after a 14-year hiatus, and it features a new cast of young actors.  Sunday's episode had surprise appearances from original cast members Lori Beth Denberg and Josh Server, and featured a musical performance by the Jonas Brothers.

The show is overseen by original cast members Kenan Thompson and Kel Mitchell, who serve as executive producers. PIX11's Katie Corrado sat down with Mitchell and the cast to see what it's like to bring the show back for a new generation.