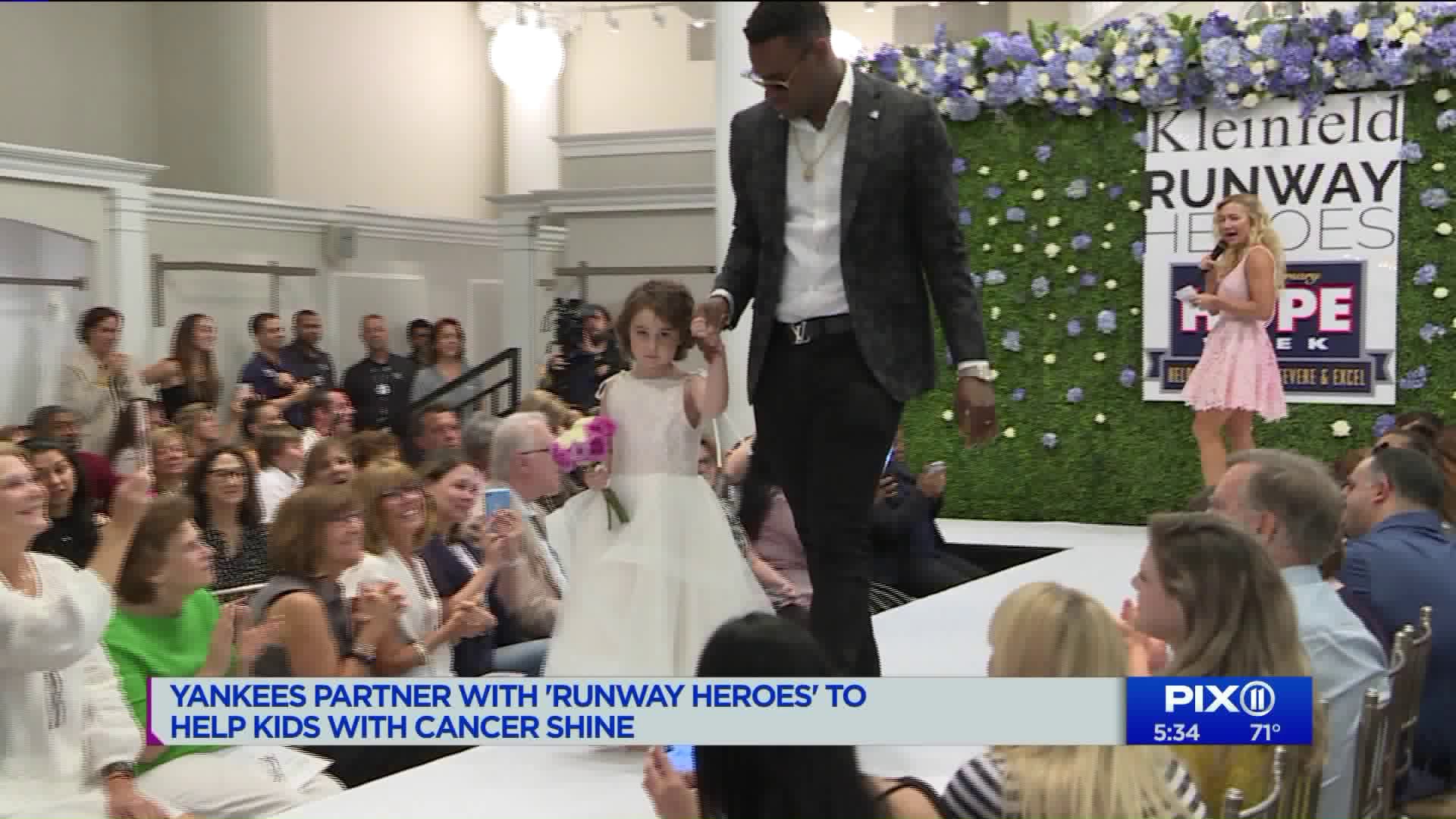 The New York Yankees strutted their pinstripes down the catwalk for a good cause Tuesday.

FLATIRON — Children, each with a story of battling pediatric cancer, strutted their stuff down the catwalk Tuesday as part of the Runway Heroes fashion show held in the iconic Kleinfeld’s bridal showroom.

The unique event allowed patients to put aside the painful treatments they receive daily in exchange for the spotlight.

This year the nonprofit partnered with the New York Yankees, presenting the annual event as part of the team’s “Hope Week” - where players take part in community outreach, helping others persevere and excel.

Shortstop Didi Gregorius were among those who took part.

“We have a busy schedule but you know we take time it doesn’t matter, because this is very important to the kids,” he told a gaggle of reporters after the show.

Each model got the ‘glam squad’ treatment before hitting the runway. It was a full day experience that left mom Christie Boyle full of emotion after seeing daughter Whitney strut her stuff.

“To celebrate everything that they’ve overcome and are overcoming and to take away that sad moment and for them to walk - it’s just so much joy,” she told PIX11.

4-year-old Valentino Collazo who is battling leukemia also had his moment and his family couldn’t be more proud.

“With the kids surrounding him were also going through the same thing as him, you know it brings up his confidence,” his mother Daniella said.

Rachel Goldman, the Founder of Runway Heroes was overjoyed by the turnout by the Bronx Bombers.

“To have the New York Yankees here walking our heroes down the runway today was really just unbelievable,” she said.

In its fifth year, Runway Heroes shows no signs of slowing down having raised $150,000 with several more runway shows on deck for the rest of the year

To learn more about the organization head over to their website.