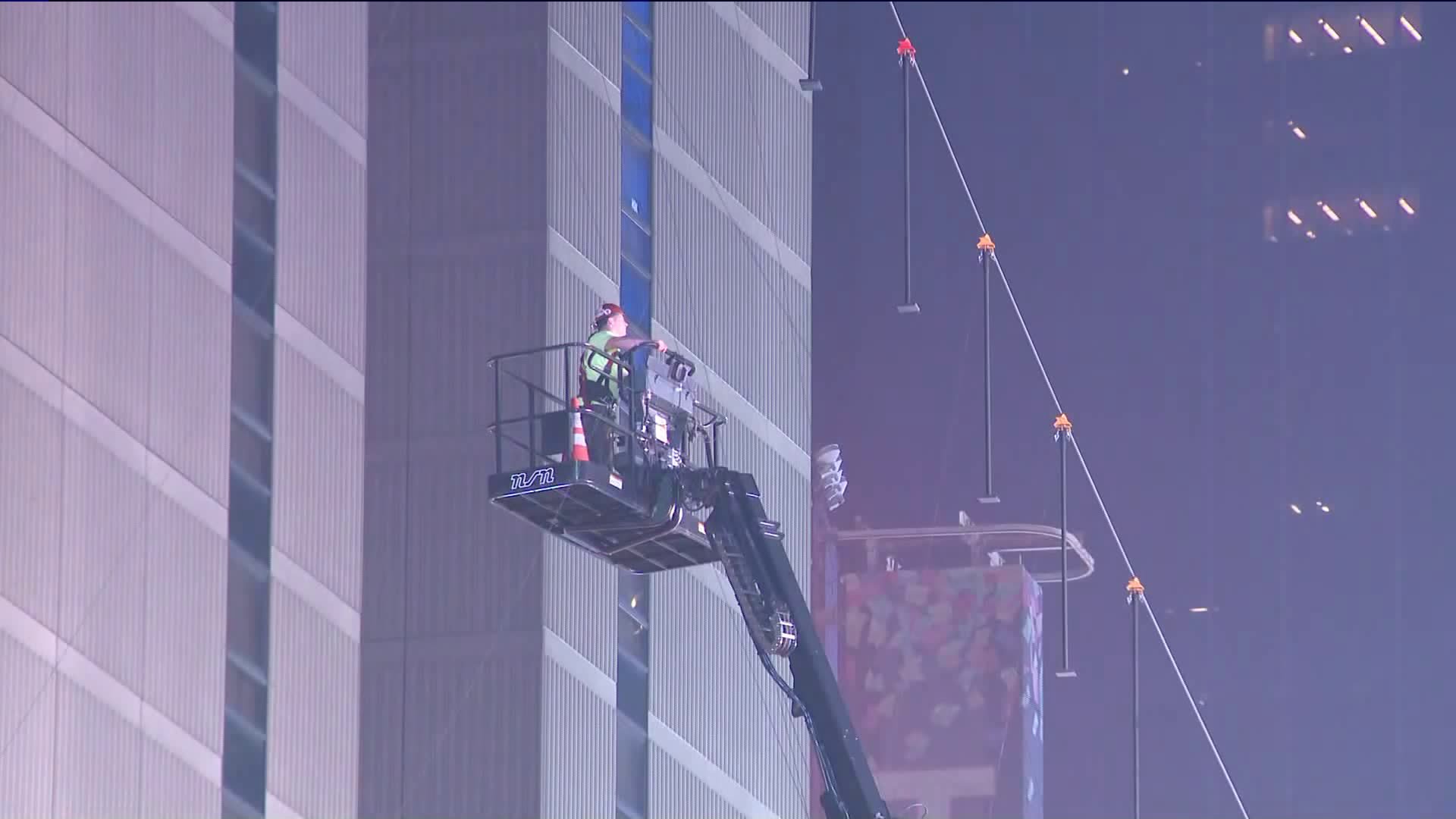 Police confirm Times Square is shut down Tuesday morning as crews in cranes install a high wire 25-stories over the famous intersection for a death-defying stunt by acrobat Nik Wallenda.

MIDTOWN — Times Square was shut down early Tuesday morning, according to police, as crews installed a high-wire for an upcoming televised stunt by acrobat and daredevil Nik Wallenda.

PIX11 was on the scene as workers used tall cranes to hang the wire high above Manhattan's iconic intersection.

Nik and his sister Lijana, of the famous Flying Wallendas family, will reportedly attempt the death-defying 1,300-foot walk, 25 stories above Times Square, in a live television event on ABC on June 23.